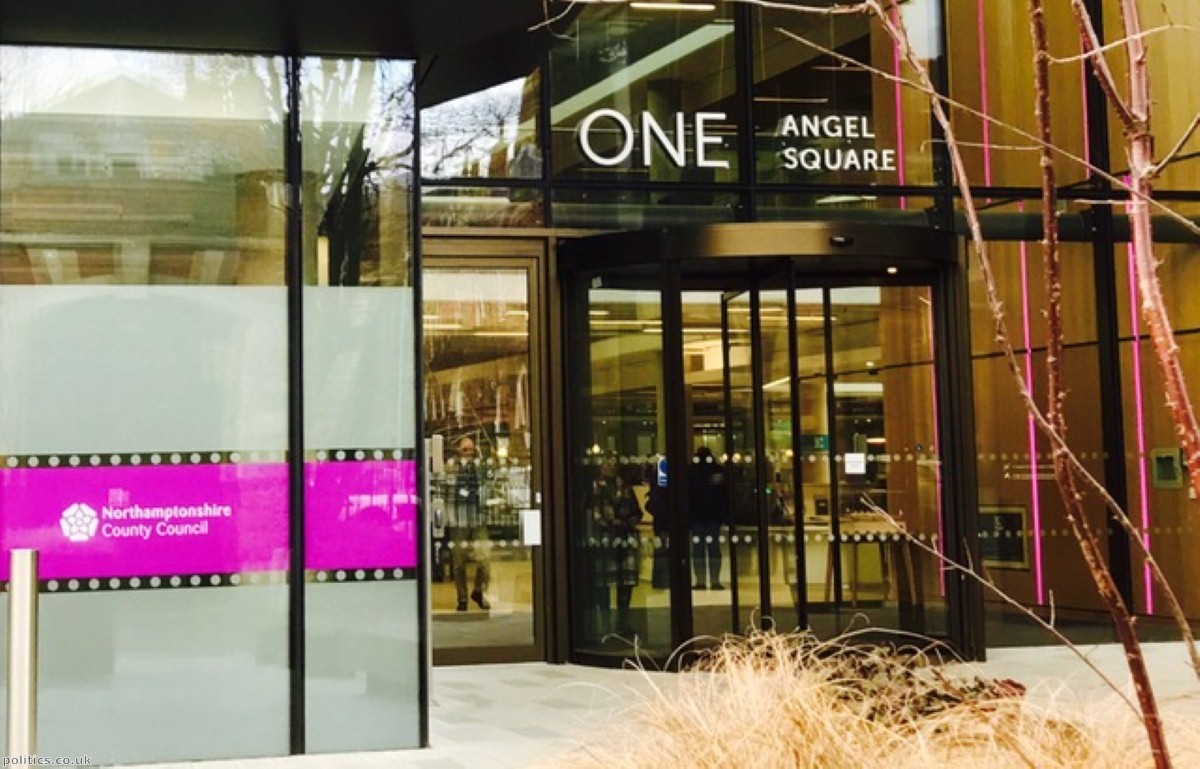 Chaos in Northamptonshire: Tory party infighting and a council on the verge of collapse

While the Westminster bubble obsessed over the Haringey row last week, the Conservative-run county of Northamptonshire descended into political chaos.

Late on Friday afternoon, the county council's director of finance issued a section 114 notice imposing a ban on any new spending except for on statutory services. It is the first time a local authority has taken such action for around 20 years and means that the council is effectively on the verge of bankruptcy.

The warning signs have been there for some time. The council reportedly came very close to issuing a section 114 back in 2016 and local politicians say the crisis has been brewing for years.

"The problem is that they've [the council] had their heads in the sand," a source from the local Conservative party says. "They never had a long term plan."

Most of the local politicians I speak to – Labour, Lib Dem and Conservative – blame the crisis on three issues: government cuts and low funding, poor financial management by the current administration, and a decision to keep council tax rates low.

"Low council tax was a nice election pledge," one Tory councillor says, "But now look where we are."

According to the section 114 report, the final issue to push the local authority over the edge was its failure to sell a piece of land on the outskirts of Northampton to housing developers. The council had been expecting to make £12m from the deal but that has now fallen through.

When Heather Smith, the leader of the county council, was asked by Channel 4 news about the impact austerity had had on the situation, she said:

"When we were first faced with cutbacks I thought it was a good thing…but after seven years we have reached the point where we can't come in on budget this year".

On Saturday, three of the area's Labour candidates wrote to local government secretary Sajid Javid calling for commissioners to take over the council. It would be a drastic move but one many feel is now inevitable.

"The Conservatives have failed Northamptonshire people on a scale that is unimaginable," Sally Keeble, the Labour candidate for Northampton North, says. "It's extraordinary that the council has reached the point of being served a section 114. It's not only an indictment of the mess they're in now but an indication that the current administration is not capable of taking the decisions needed to bring the council back into competence."

The Labour letter was followed by a statement from Northamptonshire's seven Conservative MPs saying they had "no faith" in the administration of the council and that central government was not to blame for the situation. The statement came as a surprise to many within the local party with one source from the Conservative Association describing the move as "crazy".

Inspectors report is the only thing that counts so we must await his report. https://t.co/LfLHJ3K82S

The leader of the local Lib Dem group, Chris Stanbra, says that the MPs have been very quiet on the problems facing the council until recently.

"They haven't kept their eye on the ball at all," he says. "The warning signs were there if they had bothered to look. Every year the same thing happens: a budget is agreed in February and within a few months the wheels are coming off. There are overspends predicted and savings no longer expected to be what they'd planned. How can you run a council like that?"

Philip Hollobone, the Conservative MP for Kettering in Northamptonshire, says that the section 114 notice is the final straw for the area's MPs.

"We were told that they would be able to set a budget, now we are being told they can't," he says. "All county councils are under pressure, especially with social care – everybody understands that. But all other authorities have handled the situation, only Northamptonshire is in the position it's in now."

The government is expected to deliver the final local government finance settlement, which determines the amount of funding to local authorities, sometime this week. Whether it will be enough to stop other councils falling into the same crisis that Northamptonshire has remains to be seen.