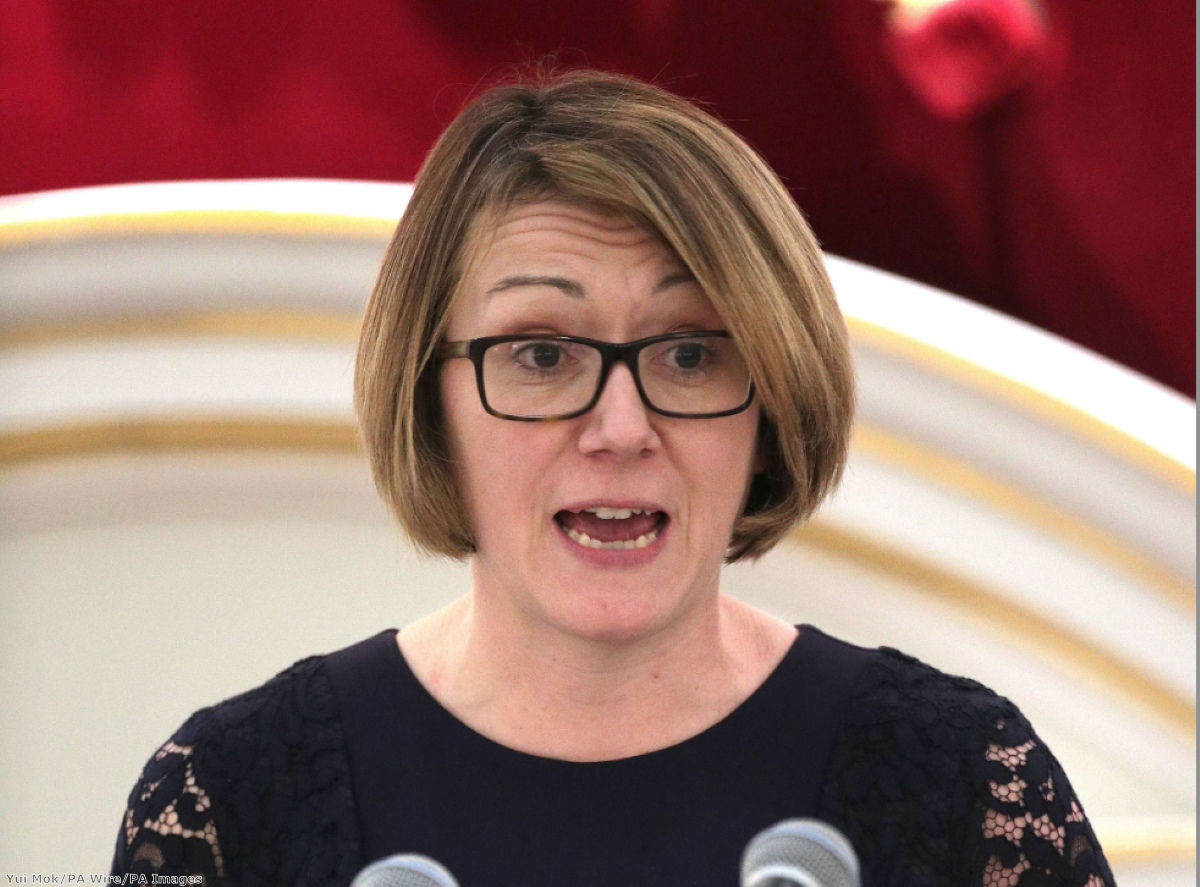 In recent weeks, the press has been full of stories about a Momentum 'take over' of the Haringey council in London. Yesterday, much to the dismay of many centrist Labour MPs, the leader of the council, Claire Kober, announced that she would be stepping down.

Depending on who you listen to, the fall of Kober is either down to a masterful Corbynista plot or the result of her determination to push forward with the controversial HDV project which would have seen public assets, including council homes, schools and libraries, transferred into a new company owned 50/50 by the council and a private property developer.

In truth, it's a bit of both. But to truly understand what has happened in Haringey, you have to look beyond Labour party in-fighting and instead at the battles that have played out between social housing tenants and local councils over the last few years.

In 2013, a group of working class mothers were evicted from a hostel in Newham. Determined to fight back, they formed the FocusE15 campaign. Since then they have occupied empty buildings, led marches and generally been a thorn in the side of the local Labour council.

They were not alone. In recent years, groups have sprung up across London to protest against the demolition of housing estates and the number of people being forced out of the capital by local authorities. Residents have joined forces with political activists to take a stand and make themselves heard.

Back when Momentum was largely unknown, Jasmin Stone – a member of FocusE15 – wrote an article for this site which argued that Jeremy Corbyn needed to challenge Labour councils if he wanted to gain the trust of these housing campaigners. It's a message that I have heard repeatedly while reporting on social housing issues. People are sick of fighting against councillors who they believe should be been on their side.

At a demonstration last year, Corbyn was confronted by activists who asked him when he would stop "Labour councils socially cleansing people out of London". A similar incident occurred when he took part in a Q and A session during the screening of the social housing documentary Dispossession. He was heckled by a member of the audience and protesters stormed the stage demanding to know when he would condemn the councils.

In the name of 'regeneration' residents have seen their homes pulled down to make way for luxury apartments. Research from 2016 showed that out of 214 estate regeneration schemes in London that already had planning permission, there would be a net loss of 7,326 social rented homes. And between 2010 and 2014 almost 50,000 people were shipped out of London by local councils.

So if tenants in Haringey feel unable to trust the council when it says that the HDV scheme will provide more housing and that all social tenants will be able to return on the same terms, it's hardly surprising. The project has been described as unprecedented in its scale and is being proposed at a time when many working class people already feel as if they are being pushed out of the capital.

Criticism of the project hasn't just come from Momentum, as some journalists and politicians would like people to believe. It has come from residents, local Labour MPs David Lammy and Catherine West, and even the council's own scrutiny committee, which described the project as carrying "significant risks".

"The council under your leadership has failed to carry the community with it and has appeared out of touch and high-handed."

It's a feeling shared by many and Momentum have built on that. They have led a successful political campaign against pro-HDV councillors. But this wasn't a case of a bus load of Corbyn activists turning up and magically taking over a council. They joined forces with local campaign groups and fought against an extremely controversial project, one which clearly didn't have the support of many residents.

This is a win for Momentum but more importantly it is a huge victory for the many housing campaigners that have fought tirelessly against local councils over the last few years.

Maybe some of those councils will now start listening.