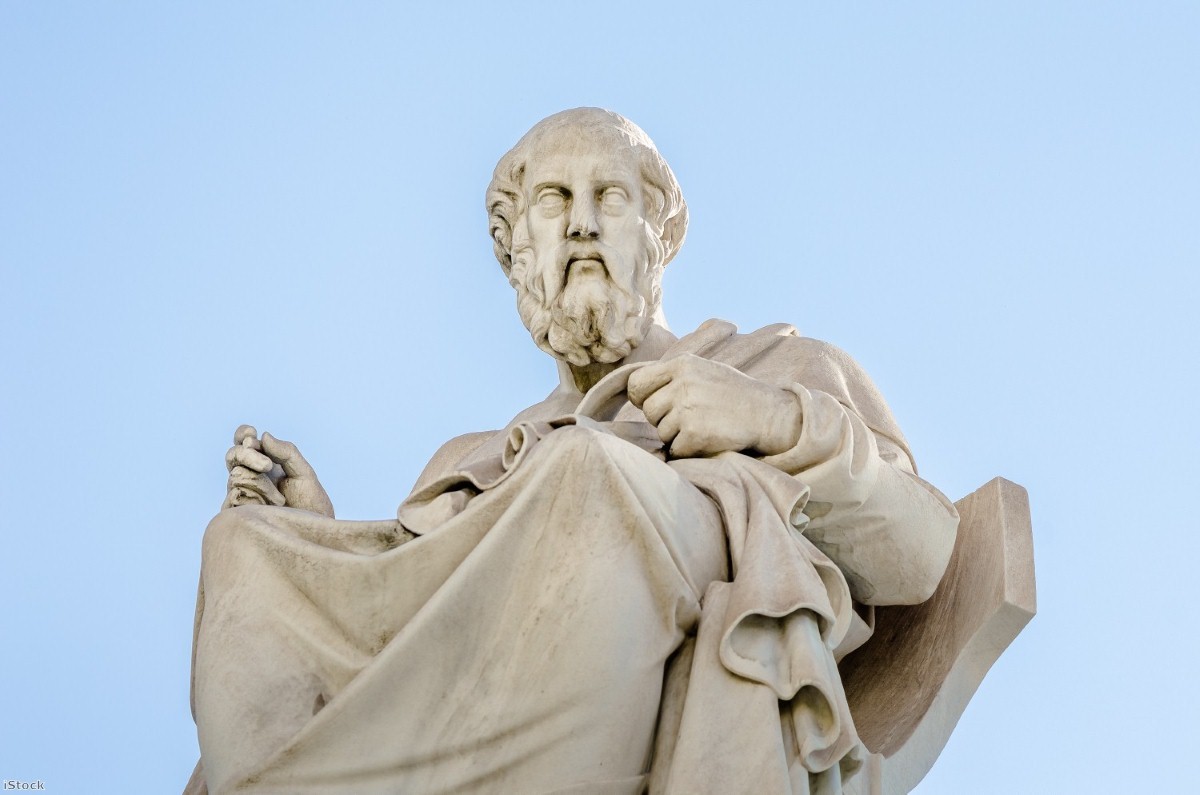 An ex-Muslim asylum-seeker with a British partner is to be deported back to Pakistan because he couldn't name Aristotle or Plato.

Hamza sought asylum in the UK after coming here as a student. As an ex-Muslim 'apostate' and humanist he faces violence and persecution in his home country of Pakistan. He has received death threats from family members and apostasy remains a crime punishable by death. Last year a student in Pakistan was murdered by a mob after referring to himself online as a humanist.

So you'd expect that any claim for asylum would be carefully and compassionately considered in a country that values religious freedom. Instead, Hamza was put through a baffling series of questions, including on his knowledge of classical philosophers.

He was asked to name ancient Greek philosophers who were humanists. Because he didn't mention Plato and Aristotle the Home Office believes he is "not a genuine follower of humanism".

There's so much wrong with this. Firstly is the question itself, which suggests that the questioner had a quick scan of Wikipedia before deciding what to ask. I am an atheist and I have a Masters in philosophy, and yet that question would have made me hesitate, especially if my safety potentially depended upon my answer. I would never call Plato a humanist. His work helped develop some humanist thinking, absolutely, but he himself could not be described as a humanist – in fact, some of his more eye-opening beliefs include the notion that men who live immorally are reincarnated as women (apparently the ultimate cosmic burn).

Yet the Home Office sought to test Hamza's 'non-religiousness' by asking these questions and then concluded that his knowledge was 'not of a level that would be expected of a genuine follower of humanism'.

Humanism is not a religion; you don't learn its doctrines and study its thought leaders. It's an absence of belief in a higher power and a declaration of faith in rationality, individual morality and the value of evidence. You can certainly join groups and organisations, such as Humanists UK, but there's no shared catechism. We don't get together on Sundays and chant Salman Rushdie quotes before singing John Lennon's Imagine (although I totally would, that sounds like fun).

It's absurd and unfair to expect knowledge of such specifics in an asylum claim; it makes about as much sense as refusing to believe someone is gay if they cannot recite The Ballad of Reading Gaol. And, even if humanism was a clearly defined, structured, canonical position, demanding that humanists possess knowledge of ancient Greek philosophers is akin to asking a Christian to know who drafted the Nicene Creed.

The apparent lack of humanist understanding the Home Office has shown in this case has wider implications than for Hamza alone, although the implications for him are grave indeed. Since the Equality Act 2010, it has been accepted that official references to religion should also include references to non-religious beliefs. Put simply, the law should protect those with faith from persecution and prejudice but it must also protect those who are not religious from the same.

We need your help! Please, sign our petition to Amber Rudd and help us save the life of a humanist who is being deported to Pakistan because Home Office officials do not understand humanism. https://t.co/H6JS3wXsiF

Humanists UK has seen the Home Office's letter to Hamza and says it includes this mistaken claim: "[The] 1951 United Nations Convention relating to the Status of Refugees is not one that engages the United Kingdom’s obligations under the Convention, as it is not based in the fear of persecution in Pakistan [and presumably everywhere else] because of race, religion…"

Hamza's absence of religion is the reason he faces persecution in his native Pakistan, yet the Home Office appears to be suggesting the opposite; he does not face persecution as a result of a religious faith, therefore he does not get the same protection.

"We are appalled by the way the Home Office has handled Hamza’s claim for asylum," Humanists UK chief executive at Andrew Copson responded. "It sets a dangerous precedent for non-religious people fleeing persecution.

"The Home Office is simply incorrect to claim that non-religious people seeking asylum don't get the same protection in law as religious people do. Further, the questions put to Hamza not only reveal a fundamental misunderstanding about the nature of humanism, but also show that the Home Office, as a public body, is failing in its duty under the Equality Act 2010.

"Humanists UK will be writing to the minister of state for immigration to address these concerns."

The Home Office told me it does not routinely comment on individual cases, adding: "The UK has a proud history of granting asylum to those who need our protection and each claim is carefully considered on its individual merits."

Sadly for Hamza, those merits seemed to include his knowledge of ancient Greek philosophers.

If you would like to help Hamza, you can sign the Humanists UK petition to reverse its decision.

Felicity Hannah is a freelance journalist writing on consumer affairs. She can be found tweeting at @FelicityHannah