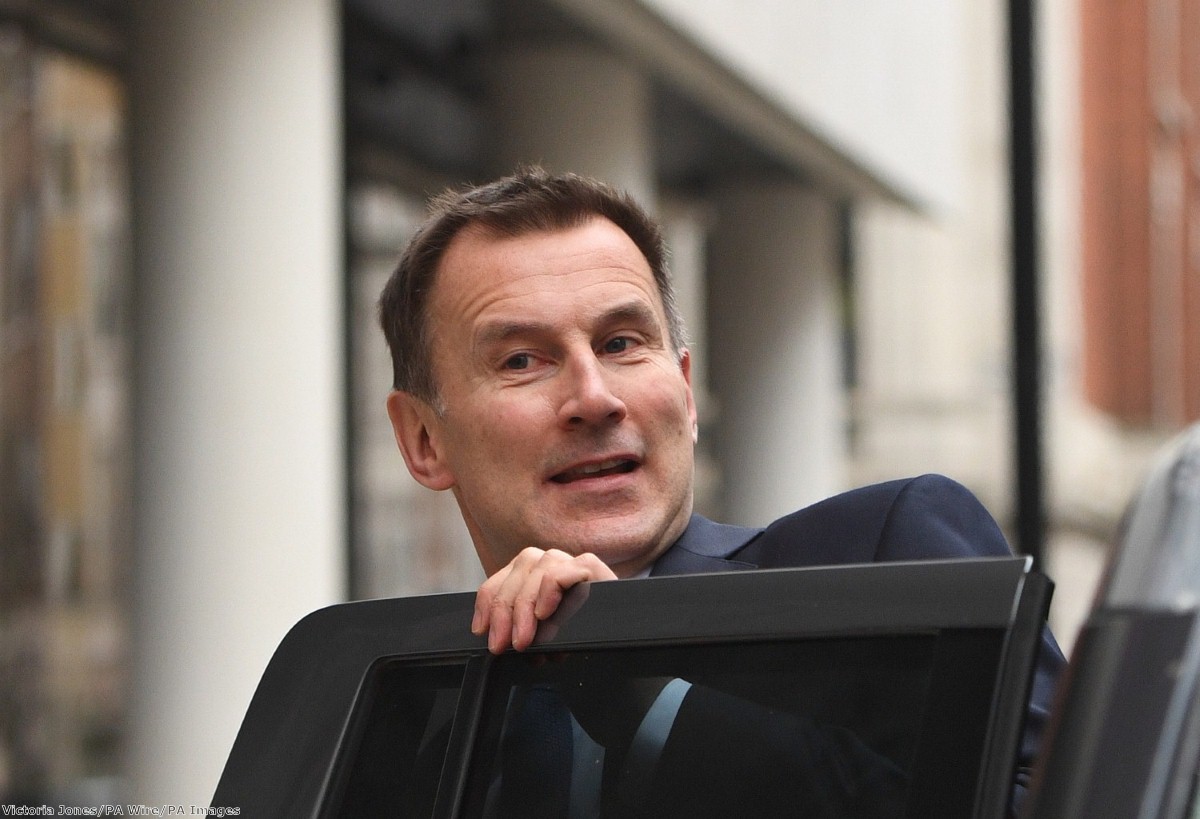 Brexit's dominance of media coverage and parliamentary time is providing the perfect cover for controversial reform of the NHS by stealth.

Jeremy Hunt and NHS England's latest big idea is Accountable Care Organisations (ACOs). These bodies would be allowed to make most decisions about how to allocate resources and design care for people in certain areas.

At the moment, that's done by public bodies whose governance is regulated by statute, set up by parliament after wide consultation and sometimes fierce debate. ACOs, by contrast, can be private and for-profit bodies. They are not mentioned in any current legislation and would have no statutory functions. They are not subject to the statutory duties imposed on other parts of the NHS.

Although NHS England plan to get several ACOs up and running this year, no detailed policy proposals have been presented to parliament or the public. Indeed, details are so sparse that the House of Commons library briefing is forced to use definitions provided by the King's Fund, a health think tank.

Hunt is planning to lay a raft of secondary legislation – which doesn't require a full parliamentary vote – in February, so that the first ones can be up and running by April 1st.

The ACOs are going to be given long-term commercial contracts of between ten and 15 years. We know these are difficult to get right and expensive to get out of. Think of Virgin and the East Coast Main Line or the private finance initiative, which has left the NHS paying hundreds of millions to offshore finance companies for hospitals that cannot now be afforded. Warnings about risks of PFI were once brushed aside as alarmist, often by the same people who now dismiss criticism of ACOs in similar terms.

I'm working with four colleagues to challenge these proposals through judicial review. Our case is not concerned with whether ACOs are a good or bad idea. That's for parliament and the public to decide, not the courts. Our case is that such a radical and significant change cannot lawfully be introduced and implemented without public consultation, parliamentary scrutiny and primary legislation. The case was filed on December 11th and clearly struck a chord with the public. They've provided £176,000 through crowd funding in over 6,000 donations.

We are also deeply concerned that by using contracts instead of statute to allow ACOs to operate, the government is exposing the NHS to major risks.

We're concerned that ACOs will be governed only by company and contract law, yet can be given "full responsibility" for NHS and adult social services. Because they span free health care and means-tested social care, ACOs will be able to decide on the boundary of what care is free and what has to be paid for.  They can include private companies – including private insurance and property companies – which will make money from charging. Their accountability is unclear, in spite of their name, yet they will be given long-term contracts and be allowed to make "most decisions" about how to allocate NHS resources and design care for the local population. They will have control over the allocation of huge amounts of taxpayers' money, yet their accountability for spending it and their obligations to the public would be under commercial contracts instead of statutes. The parallel with railway franchises seems inescapable. And by establishing them this way, it'll be harder to exclude ACOs from free trade deals.

Lots of serious people are genuinely worried and object to their fears being brushed aside. If ACOs are not opening the door to greater privatisation of the NHS, why is their detailed documentation so explicit that they can indeed be private bodies?

We are not zealots opposed to change. We're simply people who care about the founding principles of the NHS, have taken the trouble to read the small print and have the experience and knowledge to understand its implications.

If ACOs are now seen as being central to the delivery of effective health and social care, they should be set up as proper public bodies with clear democratic accountability. This would require a detailed explanation, proper public debate and the kind of parliamentary scrutiny that primary legislation demands.

Dr Graham Winyard is a former medical director of the NHS and deputy chief medical officer.