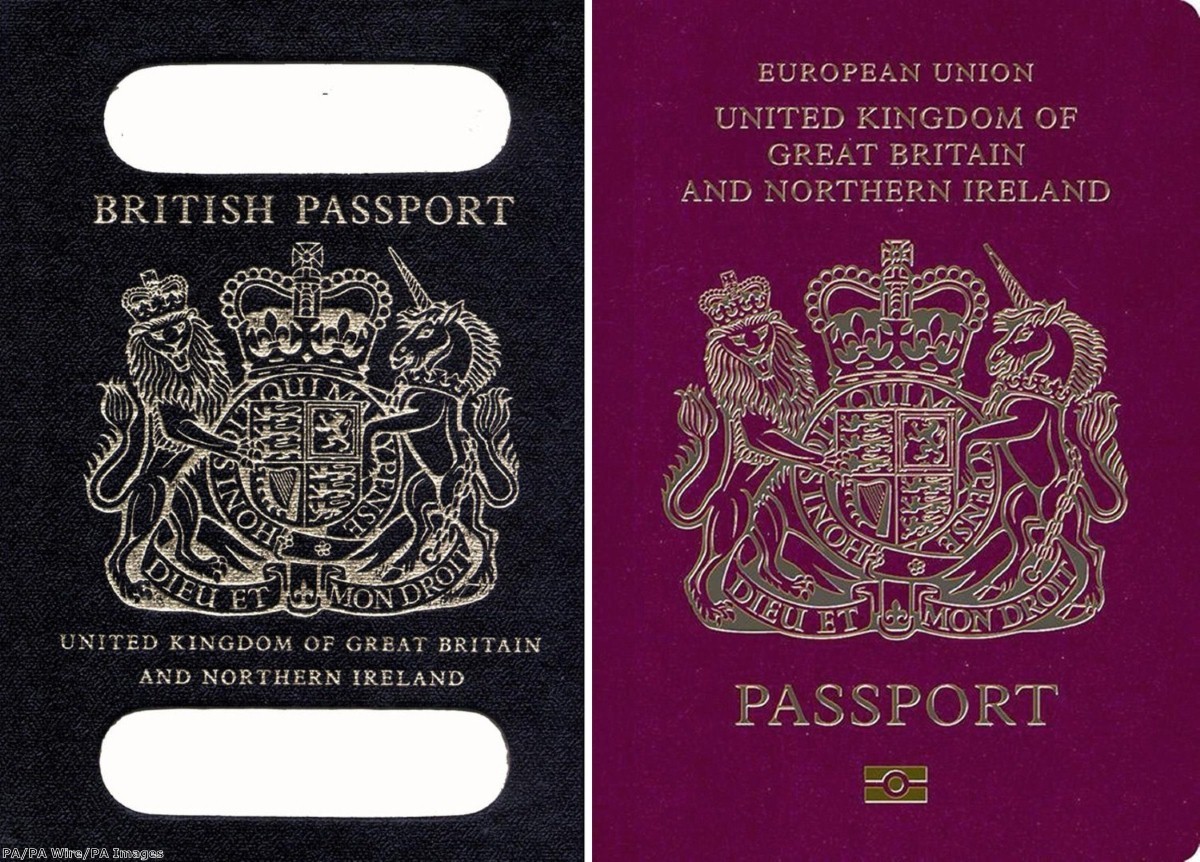 The row over blue passports sums Brexit up perfectly

So, from 2019 we will have our beloved blue British passport back.

"One of the most iconic things about being British is having a British passport," immigration minister, Brandon Lewis, said on the day of the announcement.

"It’s the first real tangible victory that we have had since that referendum and it’s something that we should celebrate," Nigel Farage told the BBC.

The Sun claimed it was a "stunning" victory for their campaign to scrap the burgundy model.

A return to British passports means we are becoming a proper country again. We are getting our individuality and national identity back. pic.twitter.com/AOZjmQhsyf

The reaction to the news really does sum up neatly the Brexit narrative of emotion over practical reality. Everybody knows that the UK is leaving the EU so why the urgency to remove the European Union from the front of our passports?

Apparently the new passport will have images inside of Britishness – as if anyone really spends hours looking at the individual pages. Anyone who travels a lot outside the EU will know that visa stamps and entry stamps would cover these up anyway.

I'm guessing most British expats living in Australia are more worried that they now have to send documents to the UK to get their passports renewed than whether it comes back red or blue.

And for those of us who spend a lot of time in airports travelling for work, what matters far more is whether we end up facing long queues with non EU nationals at immigration counters before we can get to that all important meeting in Frankfurt.

Surely there are bigger fish to fry for the Home Office and the government than changing the colour of our passports. They are nowhere near being able to answer key questions which affect how our borders will operate once we've 'taken back control'.

For a start, what will our immigration system look like? Businesses in financial services and technology need to know urgently what hoops they will have to jump through in order to recruit skilled EU nationals post Brexit.

The 3 million EU nationals already in the UK may have been told there will be a smoother online process to apply for settled status but how long will this take to put in place? And has the Home Office got anywhere near enough staff to cope with the anticipated surge in applications as we approach Brexit day?

How will Universities be able to attract EU students if it becomes a nightmare to get a visa to study in the UK?

Recent years have shown numerous failings at the Home Office. From the illegal deportation of tens of thousands of students to the letters sent to EU nationals legally in the UK telling them they should prepare to go home, the department has repeatedly shown it is not fit for purpose.

The government thinking that we will all be happier and Brexit will be a great success by changing our passport is like the England football team opting to change its kit and thinking it will help them win the World Cup.

Amber Rudd should be focusing on fixing the problems of her department before making cosmetic passport changes which make no difference to anyone.