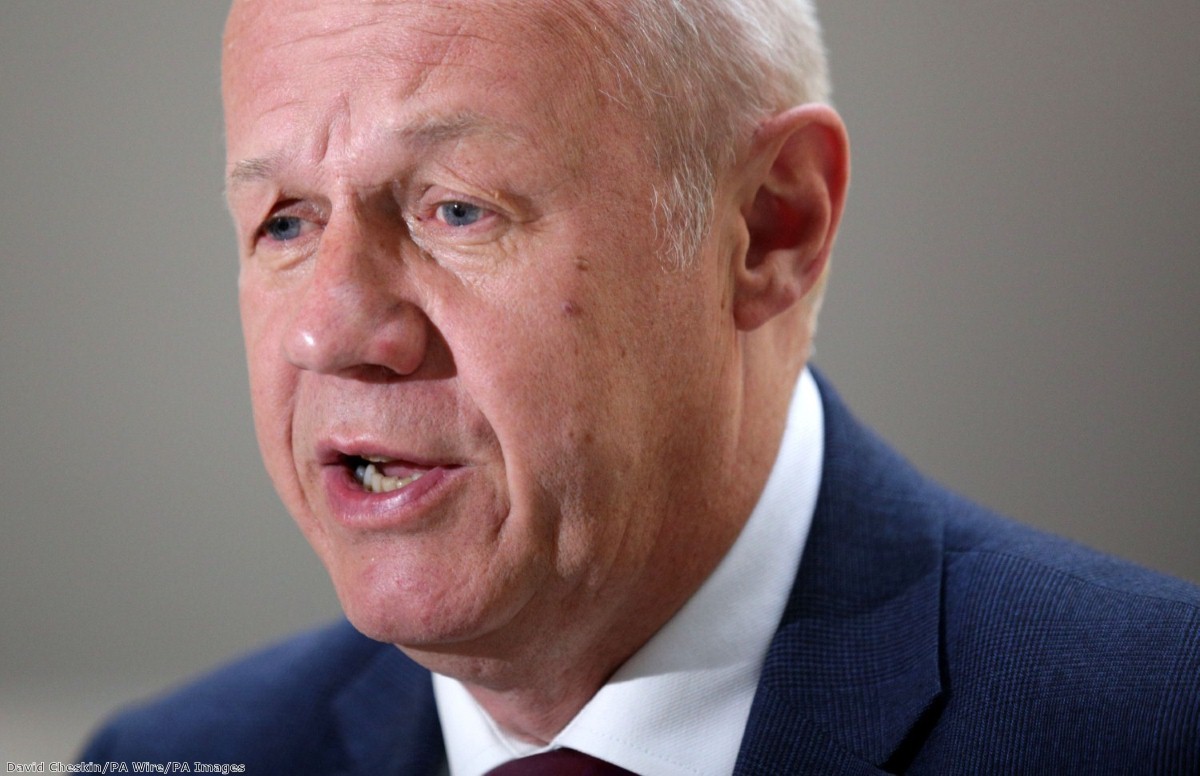 This week's big political news will have a devastating effect on many people that could last a lifetime.

It will threaten what's left of supported housing and adult social care, continue the squeeze on libraries and Sure Start centres, and plunge children's social care into ever greater depths of crisis.

But next year's Local Government Finance Settlement, published on Tuesday and imposing real-terms funding cuts on the creaking finances of local councils, did not live long in Westminster's memory.

Instead Damien Green's wristy behaviour is the talk of the town. His 'forced resignation' – sacking – last night wrong-footed many pundits who'd assumed he'd survive, based on cabinet briefings and the support of big hitters like David Davis.

The number of people in Britain who rely on vanishing council services is almost certainly higher than the number who could pick out Green in an ID parade.

But the official inquiry into two allegations – of inappropriate behaviour towards the young Conservative journalist Kate Maltby in 2015, and that he had pornography on his parliamentary computer in 2008 – concluded that he had breached the ministerial code in saying that he didn't know pornography had been found on his computer.

Instead it is Green's lies over pornography that have caused his downfall. While the allegations themselves predate his ministerial career, his denials were only last month. Assuming that he repeated those denials to the prime minister, he effectively lied to her as well. His position was untenable.

Stephen Bush notes in the New Statesman how little support Maltby received from the Conservative party, particularly in the face of a revolting barrage of slurs from the Telegraph and the Mail. Stephanie Boland writes in Prospect about the broader questions over harassment of women in politics.

But one other talking point emerging from Green's dismissal is what it means for May. And the short answer is – not much.

It's true that Green was the prime minister's friend and closest ally – despite being a liberal quite distinct from May's social conservatism. And it's also true that May lacks allies.

But the big division in the Conservatives is not between allies and enemies of the leader. It is instead between soft/anti-Brexiters and hard Brexiters, and precisely nobody in either group could be considered May's support base. She has virtually no support base beyond the difficulties and consequences of removing her.

This is a civil war of a strange kind – where the Crown has no army of her own, and where the two rival militias are stuck in phoney war stage because neither can be sure they can seize the crown for themselves.

Green will probably become an 'outrider' for May in the media, speaking up in her support while perhaps articulating her stillborn social justice agenda.

But the ripples from his sacking will not extend beyond the bounds of SW1.