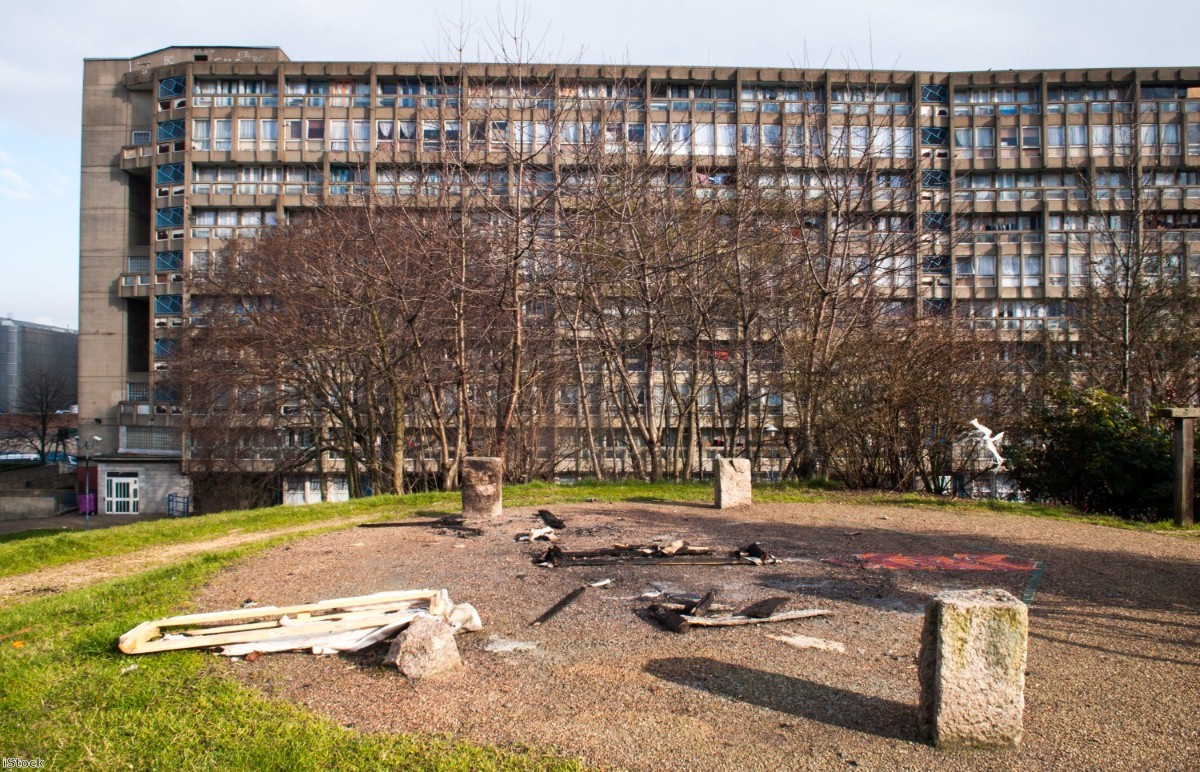 The equality watchdog EHRC inquiry into the Grenfell disaster should be the catalyst for a nationwide investigation into all council homelessness services. Years of austerity, cuts and scrounger rhetoric have devastated provision. The rot runs deep. It's a problem at Kensington and Chelsea and it's a problem at too many other local authorities.

In this article, a housing options officer who has worked in London and Greater London councils for more than 15 years opens up about the grubby realities of council homelessness services on a troubled frontline. The officer's comments are taken from three recent interviews.

During these discussions the officer highlights three major problems that homeless people are up against when they approach councils for housing help. These points should be kept in mind as the official and EHRC Grenfell inquiries progress:

1. Institutional contempt for people in need

This is the contempt that far too many councils show for homeless people and benefit claimants. It's the deeply-ingrained disdain that Grenfell residents and others complain bitterly about – the dismissal of people's concerns about homelessness and housing standards, council refusals to respond to questions, and a general assumption by authorities that people who need housing help exaggerate their troubles, or even lie.

Some officers are decent and extremely helpful. Some are not.

The officer lays the blame for this contempt at the door of punitive welfare reforms and a succession of governments which have made a real effort to spread anti-benefits rhetoric. That disdain permeates the very bureaucracies that are supposed to support claimants. Council officers should be immune to poisonous talk about scroungers, but they are not. Those of us who regularly attend housing and jobcentre meetings see this too often. Professionalism doesn't triumph as often as it should (it should always triumph).

Worryingly, this contempt drives some extremely unfair decisions about people's entitlements to housing support. For example, the officer says that some council staff go out of their way to find people intentionally homeless: to find reasons to hold people responsible for their homelessness and exclude those homeless people from ongoing help. Such officers "are absolutely obsessed" with deciding that homeless people have ruled themselves out of ongoing council help as a result of their own conduct – conduct which can include being evicted for rent arrears, or leaving a flat that a council officer feels the homeless person could have stayed in.

The officer overturned one intentional homelessness finding made in the case of a woman who left her flat and local area because she'd been raped by a local man that she kept seeing around. She wanted to get away from him and the area they lived in, which was hardly surprising.

"Somebody found her intentionally homeless [for leaving her flat voluntarily]," the officer says. "They [the council officer who made the decision] were like, 'I overheard her friend say, 'You'll come down here and you'll live near me.' They [officers] jump on this and say, 'see – that means that they [the homeless person] tried to leave the place and it [the person’s story] is all contrived'."

Another example the officer gives is an intentional homelessness decision made against a woman who was evicted from her flat after her abusive husband left. The husband had been paying the rent so the woman had to make a claim for housing benefit. That council turned her application down on the grounds that the woman's husband should pay the rent – even though he'd left the flat and the woman had an injunction against him.

The woman was then evicted for rent arrears.

"Somebody made an intentional homeless decision on it [the eviction]," the officer says. "The domestic violence issue was raised, but, the housing benefit officer said, 'that's what everybody says'."

The officer says other examples of harsh staff attitudes include a belief held by some officers that people could find more money for rent if they cut food costs by using foodbanks:

"I've heard people [in the office] say, 'they don't need to spend money on food, they can go to a foodbank'."

At one council office, officers were even encouraged to tell people with rent shortfalls to buy cheaper food:

"We were told to tell people they could cut their spending by getting a really cheap weekly shop at some supermarkets like Lidl."

2. The terrible lack of accommodation for homeless households

The officer says that temporary accommodation is often extremely unpleasant and out of borough for many. This isn't news, but that's the point. People know these things, but the problems persist.

Such is the pressure to find flats for homeless families in London and Greater London that councils must often compete with each other for the grottiest places.

Unscrupulous landlords look to screw every penny they can out of local authorities and tenants. The officer says some landlords even pull their flats from longer-term availability and rent them out to councils on a nightly basis for more money. A pan-London council agreement is meant to keep a lid on exorbitant rents for temporary accommodation, but councils breach those agreements and rent limits in order to secure flats.

"Nightly lets – you're talking mostly about the crappiest accommodation in London, or outside of London," the officer says. Landlords who let flats out night-by-night can easily get rid of tenants they don't want. "It's a bit like having a hotel room. If they don't like the people who are there, they can say, 'don’t want this person. Send somebody else'."

At one council where the officer worked, a homeless family was actually placed straight back into the flat that they'd been evicted from on the very same day. The landlord decided he'd get more money if he let the flat to the council on a nightly basis and so evicted the family. The landlord then offered the flat to the same council as a nightly let for a higher charge. When the family turned up at the council office needing accommodation that's the property they were sent to.

Much has been written about the dreadful state of temporary accommodation that some homeless households are placed in: broken doors, no hot water, mould, no washing machines, families stuck living together for months and years in a single room, stained and dirty mattresses, dog faeces littered around entrances and rubbish piled in hallways and yards.

I know from my own reporting that councils always insist that flats have been inspected, either by council officers, or by the property management companies which manage temporary flats or hostels on councils' behalf.

"That's bullshit," the officer says of such claims. Accommodation standards can be particularly low when homeless households are placed in temporary flats outside of their own boroughs, the officer says. "They [the originating council] don't have the resources to go and look at the accommodation before they move people into it."

The officer says that mould is the biggest problem in temporary places.

"It affects some people's health, and clothes, and everything else…you get some terrible places. It doesn't even have to be that bad. You know if there is mould there, you ain't going to get rid of it very easily.

"I remember somebody who did actually have a hole in the ceiling and rain was coming through… they [the council] didn't know that when they placed that person there. The landlord didn't mention the hole in the roof, strangely enough."

The officer says that another common problem is failed boilers. "It's sad, really. You get the whole family [living without a boiler or hot water]. Imagine being in a house in winter and you've got no boiler."

Homeless families don't have to imagine these problems. They experience them as a matter of course.

There's a criminal lack of council accountability for these issues. I've approached 14 London and Greater London councils since October for comment on the issues raised by this officer. Only three have ever bothered to respond. Years of social housing tenants being demonised by politicians and the media has led to these local authorities believing they can just get away with it.