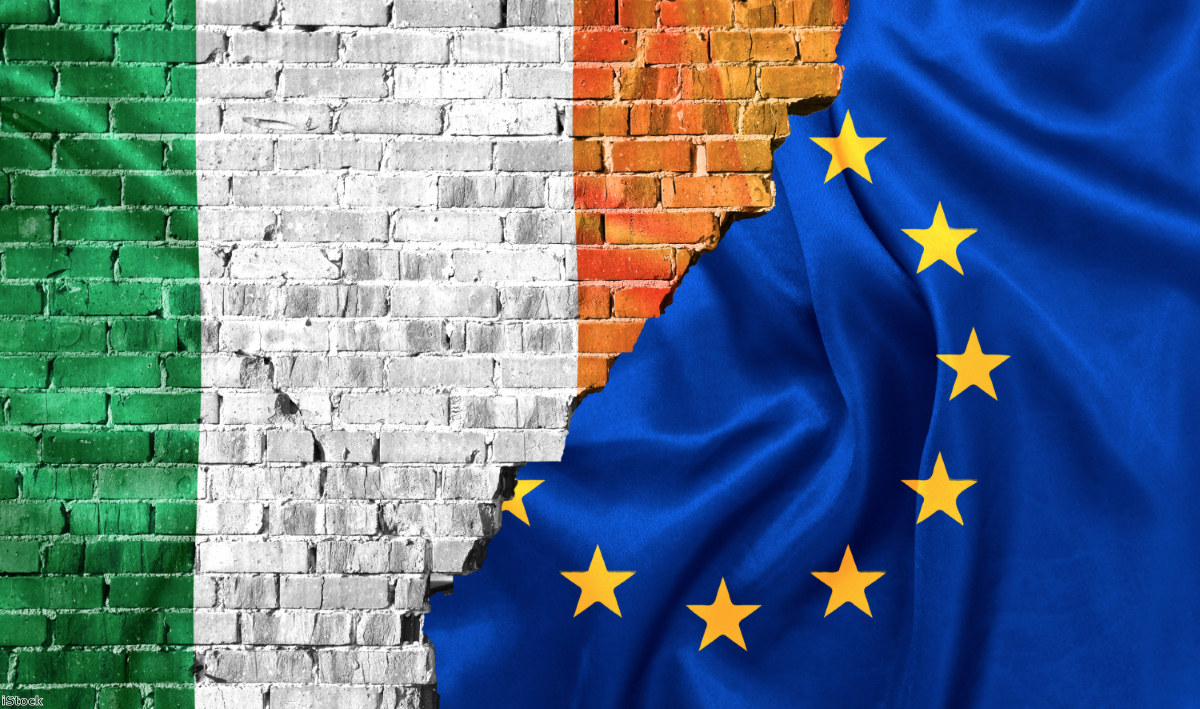 Have we gone through all this for a border that might not exist when we leave the EU?

We are essentially in the same territory we were at the start of the week, before Arlene Foster made a lunge for the steering wheel and crashed Theresa May's deal. It's also a big step away from the 'Northern Ireland is as British as Finchley' rhetoric we were hearing from Tory hotheads.

We will not accept any form of regulatory divergence which separates Northern Ireland economically or politically from the rest of the United Kingdom. pic.twitter.com/uCBVdfVQTJ

Today's deal on the Irish border question accepts that Northern Ireland's bespoke situation requires a bespoke solution.  It concedes that Brexit represents a "significant and unique challenge" to the island of Ireland and commits to "the avoidance of a hard border, including any physical infrastructure or related checks and controls."

The agreement between the British government and EU negotiators makes liberal references to the Good Friday Agreement. Essentially, Theresa May is using it to cover her retreat. If there is any dispute down the road about the operations of a border regime, Dublin effectively gets a veto:

"In the absence of agreed solutions, the United Kingdom will maintain full alignment with those rules of the Internal Market and the Customs Union which, now or in the future, support North-South cooperation, the all-island economy and the protection of the 1998 [Good Friday] Agreement.

The Irish government is reasonably content and has avoided hammering home its points win, although Taoiseach Leo Varadkar couldn't resist describing the deal as 'politically bullet-proof' in stopping a hard border, while economic regulations between both jurisdictions will be kept in lock-step.

There is a potentially useful reference in the above paragraph guaranteeing "no new regulatory barriers" will develop unless the Northern Ireland Executive and Assembly agree that "distinct arrangements are appropriate for Northern Ireland."

Clearly, the institutions need to be up and running to do that. If unionists want to safeguard this deal, they need to be on the pitch to do so. Might this provide a way out of the current talks impasse, with the DUP relenting on their opposition to Irish language legislation in the hope of further shaping the eventual border arrangement?

The upshot from today is that Theresa May was always going to put the interests of 63 million Brits ahead of 900,000 Ulster unionists, despite today's face-saving choreography in order to spare Arlene Foster's blushes. The macro was always going to trump the micro.

The DUP, ever fearful they will be criticised for selling out by even more unreasonable unionist sects, have been waving around what they claim are changes from Monday’s draft agreement. But these are little more than magic beans to provide them with political cover for Theresa May's capitulation to Dublin over the border.

But here's a scenario. If we are now going to see a soft Brexit with a transition deal that avoids a regulatory cliff edge and effectively keeps us in the EU for two to three years after March 2019, then not just the border, but the very existence of Northern Ireland is moot.

It is entirely feasible that during the lifetime of a transition arrangement the argument for Irish reunification, partly as a means of remaining in the EU, will have gathered enough support to warrant holding a referendum on Northern Ireland's constitutional status under the terms of the Good Friday Agreement.

A poll earlier this week asked a representative sample of Northern Ireland voters whether they wanted to remain in the EU by joining the Irish Republic. Amazingly, 47.9 per cent did, with just 45.4 per cent preferring to leave the EU and remain in the UK. This shows why Brexit is a potential game-changer and how it is becoming possible to assemble a coalition for Irish unity in the near future.

Might that 'near future' correspond with any transition period?

It's possible that the result of the 2021 census will show a greater level of Catholic-Nationalists over Protestant-Unionists and although the 'sectarian headcount' might seem a bit grisly as a means of identifying political allegiance, it is also pretty accurate.

Catholics now outnumber Protestants among Northern Ireland's under-35s. Perhaps it's no surprise that during this year's elections to the assembly, Sinn Fein came within 1,100 first preference votes from beating the DUP for top spot. When the combined votes of parties committed to Irish unification and those who want to remain part of Britain are tallied-up, the gap is now around 30,000 votes – and narrowing.

2021 also sees the next scheduled elections of the Northern Ireland Assembly. If Sinn Fein emerges as the largest party, calls for a border poll will become impossible to ignore. (There will be a bitter irony for unionists as this coincides with Northern Ireland's centenary).

From a British perspective, the early 2020s represent a perfect time to hold a border poll. It's likely a soft Brexit arrangement will mean Britain is still transitioning out of the EU, while there is now a real prospect that support for Irish unity will have reached critical mass, potentially rendering the border issue obsolescent.

Have we just gone through all this pain for a border that might not even exist when we leave the EU?

Kevin Meagher is a former special adviser to Labour Northern Ireland Secretary, Shaun Woodward and author of ‘A United Ireland: Why unifications in inevitable and how it will come about’ published by Biteback