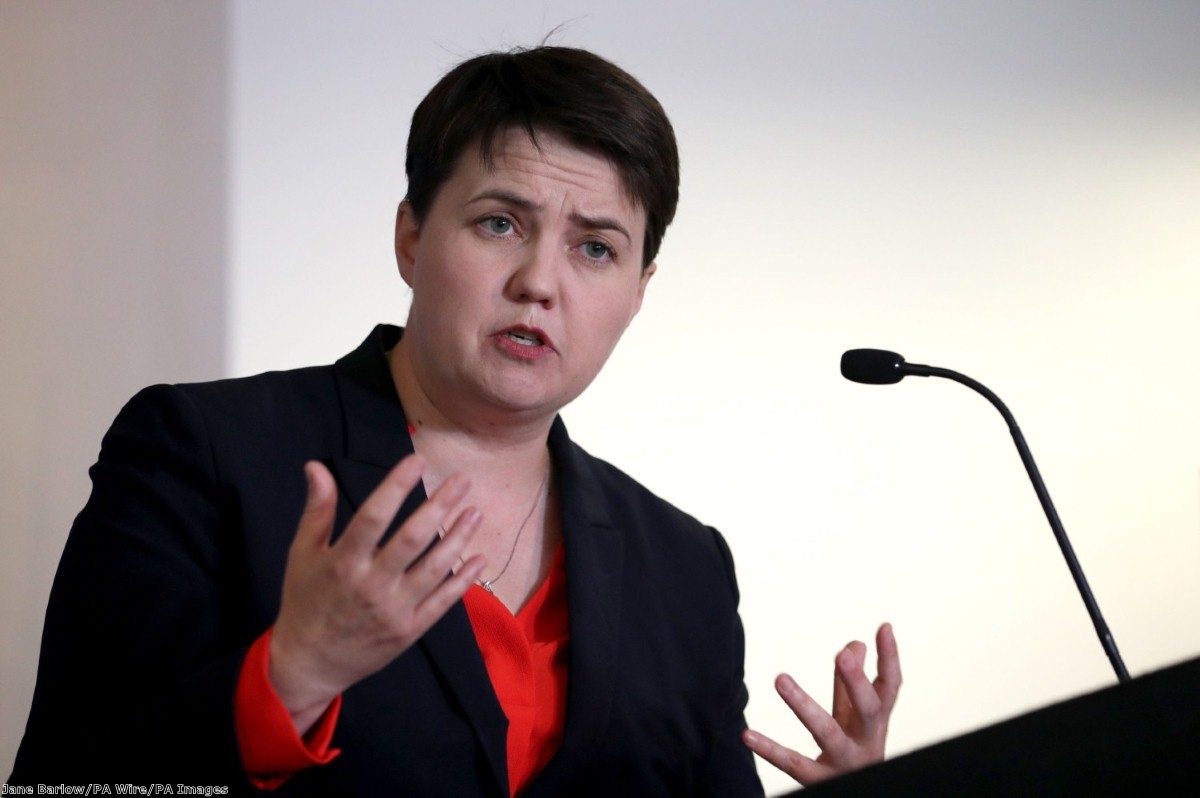 Just when it sounded like Scotland's voice in the ongoing Brexit negotiations had fallen silent, things have got noisy again. Nicola Sturgeon is seeking to kick some life back into her party's moribund constitutional strategy, and Scottish Tory leader Ruth Davidson has spotted another opportunity to flex her muscles from within the Conservative family.

The latter intervention looks to be the more important for precisely that reason: Davidson carries respect within the party whereas Sturgeon is a political enemy; being seen to respond to demands from the Scottish Conservative Party is easier than appearing to cave in to demands from a party that's made anti-Toryism an evangelical faith.

In her surprisingly strong statement issued yesterday morning, Davidson said last year's European referendum had not asked if the UK "should be divided by different deals for different home nations", going on to make it clear that if "regulatory alignment" in certain areas was required for a "frictionless border" in Ireland then she expected Theresa May to "conclude" that this must be on "a UK-wide basis".

It was, naturally, a strongly Unionist analysis, one underlined by Scottish Secretary David Mundell at Cabinet and unsurprisingly unanimously backed by the Scottish Tory MP group at Westminster yesterday afternoon. This builds upon a strategy begun in the wake of June's general election, when Davidson capitalised upon her (relative) success north of the border to try and make Brexit as soft as possible.

But this is politics, after all, and it seems likely there was a degree of co-ordination in all of this: within hours David Davis had told the House of Commons that "regulatory alignment" would apply to the whole of the UK, exactly what the Scottish Tory leader had set out in her statement. The question now is whether harder-line Tory MPs in England will go along with it.

My position on the current Brexit negotiations: pic.twitter.com/QDNiUwduWd

The SNP complains that the Scottish Tories have indulged in yet another Brexit flip-flop, Davidson having campaigned for a Remain vote and initially backed continuing membership of the Single Market. She's certainly changed her position, but so too has the first minister, who has supported full EU membership, then staying in the Single Market, a second independence referendum and a "transitional" arrangement involving EFTA/EEA, all in the past year.

Negotiations between the Scottish and UK governments over the EU Withdrawal Bill had been going rather well, but on Monday Sturgeon couldn't resist the political opportunity presented by events in Brussels to dust off her call for a "differentiated" settlement for Scotland. If it was possible for Northern Ireland, ran the argument, it ought to be possible on the mainland too.

As ever, significant contradictions lay underneath that superficially plausible line. In Ireland, of course, a distinct deal for Northern Ireland is necessary to avoid a hard border with the Republic, while in Great Britain a differentiated deal would most likely create one with England, assuming it (unlike Scotland) left the Single Market and Customs Union.

The details, of course, will bore most voters and therefore what matters more are the optics. It allows Ruth Davidson, once again, to argue that she's "standing up for Scotland" much more effectively than Nicola Sturgeon and her grievance-soaked Nationalists. Yesterday, the Scottish Tory leader accused the SNP leader of once again trying to "leverage and weaponize" Brexit, while David Davis sneered that they were beating the "tattered drum of independence". The Scottish Labour Party, meanwhile, was absolutely nowhere in the discussion.

If, therefore, all is resolved by the end of this week – as the prime minister and others claim it will be – then it is Ruth Davidson rather than Nicola Sturgeon who'll emerge the winner. Not a bad look as the pair square up to do battle in the 2021 Holyrood elections.