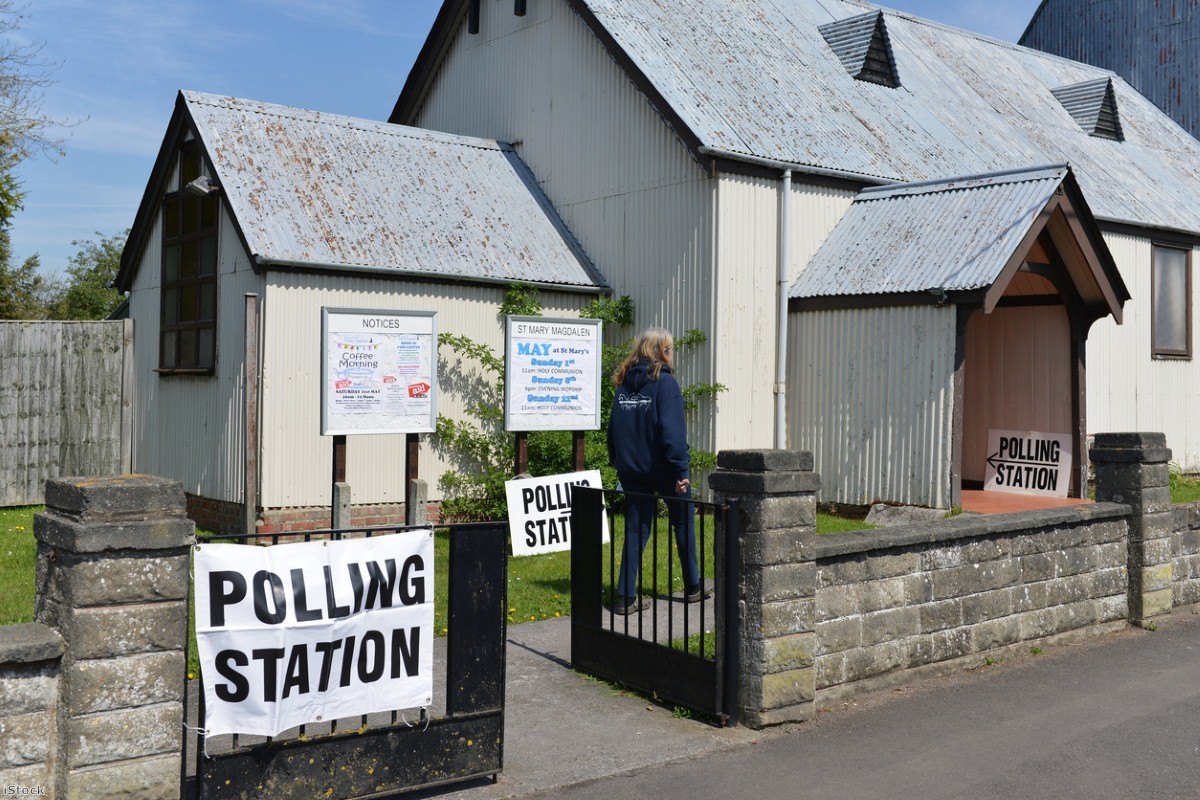 Dig a little deeper into the numbers and it's clear that Labour's lead is being fuelled by women. The polling data shows Labour has 49% support from women – a massive 16% lead over women's support for the Conservatives. For men, the support for Labour is 41%, with the Tories edging in at 42%.

The poll reflects the Conservative Party's "women's problem". Can we really be surprised that a party whose policies include a 'rape clause' to access child tax credits, have led to the closure of support services that save women's lives, and whose austerity measures have hit women hardest, is trailing behind when it comes to the women's vote?

Take austerity. Since 2010, women have borne 86% of the austerity burden, compared to 14% by men. In real figures, this means austerity has cost women £79 billion, as opposed to £13 billion over the past seven years. That number is calculated based on changes to taxes and benefits.

With Universal Credit, it's only set to get worse. Analysis conducted by the Women's Budget Group found that by 2022, households on Universal Credit will be £1200 a year worse off and women will suffer more than men – losing on average £1400 a year. The picture for BAME women is even worse, at £1500 a year worse off. This loss of earnings will be compounded by another Conservative policy that hits women hardest: the child tax credit limit which means families with three or more children will be £2600 a year worse off.

Tax and benefit changes are just one way in which austerity is impacting women's access to equality. Women are more likely to work in the public sector, and are therefore more affected by the ongoing pay freeze. We're also more likely to use social support services, which have been devastated by government-led cuts.

Then there's the issue of male violence against women and girls. Although the Conservative Party has taken laudable action in criminalising violent acts such as forced marriage and coercive control, austerity measures have led to the closure of life-saving specialist domestic violence refuges. Women are caught in a terrible bind – they have more ways to report male violence, but fewer safe places to go in order to escape it.

Is it any wonder women voters are looking to Labour to provide a fairer and more equal society?

There was plenty in Labour's 2017 manifesto to attract women voters. Free university education would have a positive impact on mature students who are often women from marginalised backgrounds (intake of mature students has dived since the introduction of increased fees). The staunch defence of trade unions offered hope to lower paid workers, most of whom are women, and a real living wage would improve women's economic equality. Promises to increase funding for SureStart, and additional subsidised childcare addressed women's concerns, and the investment in a National Care Service offered help to women who are more likely to be carers. The party's anti-austerity message, which has had the hated bedroom tax and rape clause for child tax credits in its sight, is also popular.

But despite their lead in the polls, Labour cannot rest on its laurels and take the women's vote for granted. The party, after all, has its own "women’s problem". They have routinely failed to elect a woman as a leader (something the Tories have managed twice), although its commitment to shortlists that help women get elected in the first place deserves praise.

Labour, like the Conservatives, must also do more to respond to and condemn sexism in its own ranks. Both parties have been hit by accusations of sexual harassment from prominent MPs and party members. They must now ensure women feel safe and supported in coming forward following harassment and assault.

Labour has a proud history of standing up for women, from Barbara Castle's support for the Equal Pay Act, to Harriet Harman making tackling male violence against women a priority for the party, and Diane Abbott's campaigning for BAME representation. With women's equality being sent into reverse by Tory policy, Labour must maintain their commitment to policies and practices that will improve women's lives and tackle gender inequality.

Labour has experienced what happens when it takes a core vote for granted. With women voters showing their support for the party, it can't afford to make the same mistake again.