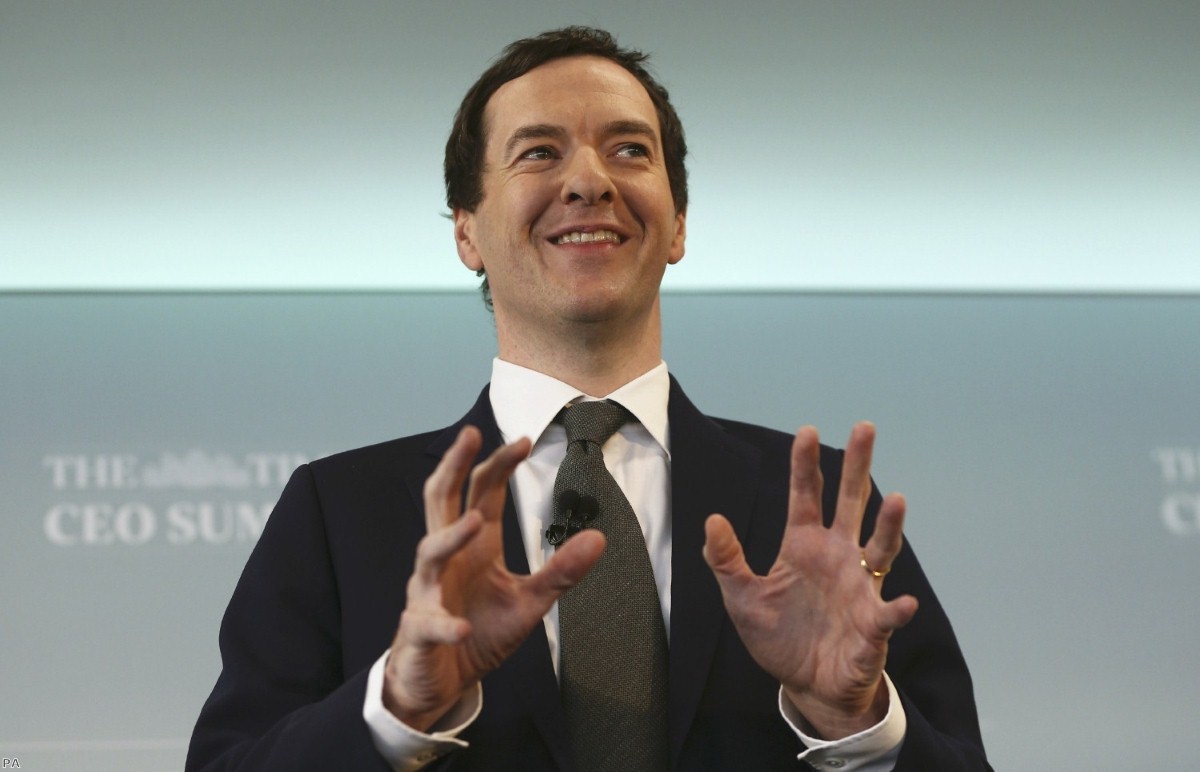 Week in review: George Osborne’s journey from Scrooge to Santa

At the time, Yvette Cooper as shadow work and pensions secretary said: "There is no way they can introduce such changes without pushing more children into poverty. It is outrageous to claim otherwise." Over 50 social policy professionals agreed with her. They told the government that welfare reforms would push a further 200,000 children into poverty. Osborne ploughed on regardless.

Now the former chancellor has a new life. He is the editor of the Evening Standard. The paper just launched a Christmas appeal to help London's hungry children.

It is an extraordinary act of hypocrisy. While at the Treasury, Osborne took the conscious decision to balance the books on the backs of the poor. He looked at the most deprived people in society and decided they should pay for the financial crisis.

During the Cameron and Osborne years, disabled people saw their money and support slashed, single mums saw their benefits cut, homeless charities saw the numbers of rough sleepers soar, food banks became a common sight, and vulnerable children ultimately suffered. They were warned of the consequences of these policies and they did them anyway. As for balancing the books, the Office for Budget Responsibility doesn't expect that to happen until 2031.

A recent report by the Child Poverty Action Group (CPAG) found that government policies since 2010 have created an "austerity generation" of children whose life chances will be scarred by years of cuts.

There is no sign of things getting better any time soon. Today I received an email from my child's school to say that the local food bank has seen a number of parents in tears over the last couple of weeks at the prospect of not being able to buy their child a Christmas present. This is in one of the richest countries in the world. Charities shouldn't have to send out letters asking for donations to prevent children waking up on the 25th December and believing that they haven't been good enough for Santa to come. Newspapers shouldn't have to campaign to feed hungry children. And they most certainly should refrain from doing so when their editor was the author of the policies which made it necessary in the first place.

As CPAG director Imran Hussain pointed out, the Evening Standard's campaign fails to mention the impact many of Osborne's own policies have had on those same children they are asking for donations to help feed. A Christmas campaign may help some of them for a few months, but the consequences of Osborne's cuts will plague them for years to come. He is the author of the problem he now claims to want to solve.