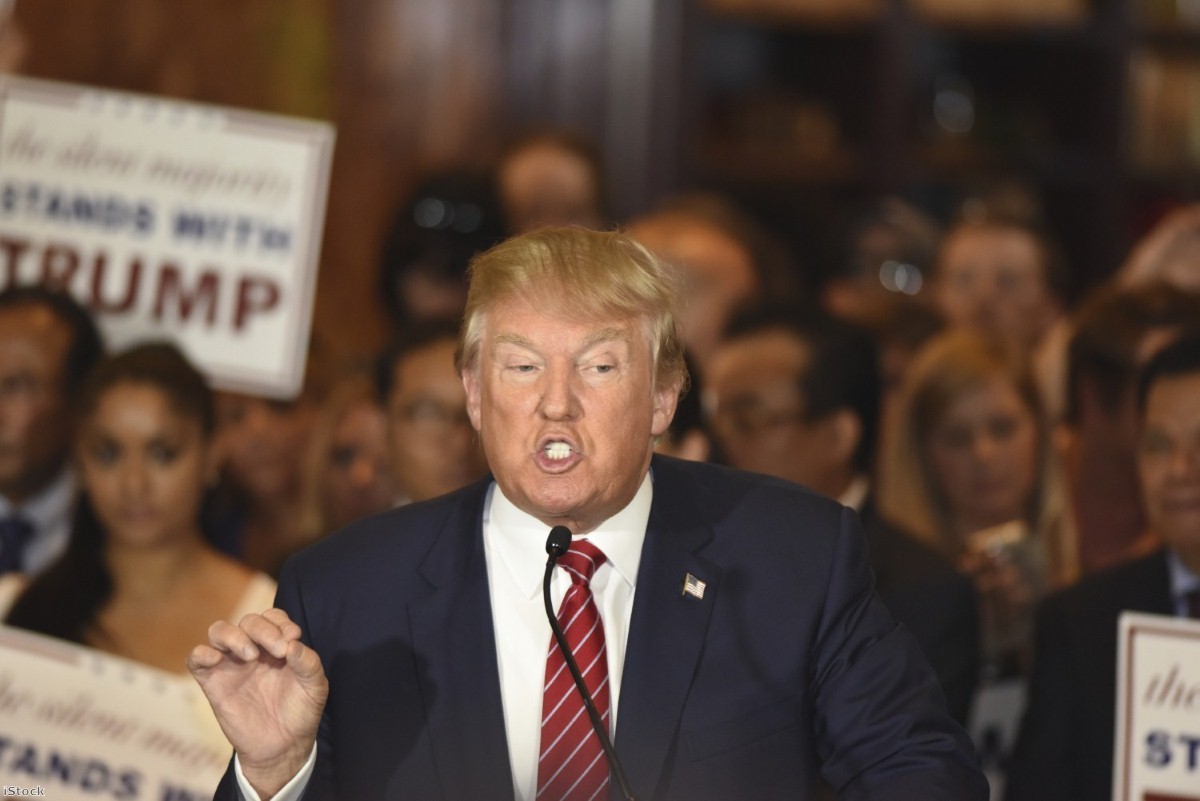 Yesterday, Donald Trump retweeted the Islamophobic rantings of an extremist British group. After the prime minister rightly suggested Trump was "wrong" to do this, he doubled down, personally rebuking her on Twitter. Since the organisation concerned – Britain First – is built upon hatred of minority groups, has a string of criminal convictions for its members, and was the rallying cry for a man who murdered a British MP, Trump’s actions show contempt for this country and its government. It's time – indeed, long past time – for the UK government to rethink its relationship with Trump.

The signs have been there for a while, of course. After the London Bridge attacks this spring, Trump showered London's mayor with Islamophobic insults, rather than empathy or solidarity (as I discussed at the time). He shows equal disregard for other traditional American allies, leaking sensitive Israeli intelligence and undercutting the Nato military alliance.

.@Theresa_May, don’t focus on me, focus on the destructive Radical Islamic Terrorism that is taking place within the United Kingdom. We are doing just fine!

Should we simply shrug off these insults, and focus instead, hard-headedly, on the benefits from a future trade deal with the US? That begs the question. Implementing the 'America first' tone of his inauguration speech, Trump has pulled out of a trans-Pacific trade deal, forced a renegotiation of the Nafta trade deal with Canada and Mexico, and tried to frustrate the World Trade Organisation’s dispute settlement system – to say nothing of the US legal action which could cripple Bombardier, a major employer in Northern Ireland. Only the sort of tactical geniuses who boasted that 'the UK holds all the cards' in Brexit talks then ended up committing to a £50 billion payment to the EU27 side, could see much promise here.

Could we obtain special treatment from Trump, by being nicer to him than all his critics? Foreign secretary Boris Johnson instinctively reached out to a fellow narcissist with this trick, criticising Britain First but not Trump himself. But why should Trump care about the obsequiousness of one cowardly British Conservative? He has a whole Cabinet and Congress full of cowardly American conservatives he can humiliate. The fate of Mitt Romney after grovelling to Trump is just one example of what happens to Trump’s sycophants. Equally, Theresa May received no favours for referring to Trump’s modest (and dubious) election result as ‘stunning’. Tact requires civility towards Trump, but experience shows that servility goes unrewarded.

So there's no good reason to suppose that the UK will receive any sort of special treatment from Trump. Rather, the last day’s ranting has confirmed what Trump had already demonstrated time and again: he is no friend or ally of the United Kingdom. Angrily tweeting his incoherent, hateful thoughts from his golden toilet, his only interest in the UK is how soon and how much he can grab us by the country.

The alternative course is clear: making our first priority a close relationship with the EU – either as a former member or by retaining membership – alongside an increased commitment to multilateral institutions, regardless of Trump's views of them. In Britain’s past, we may have been the Greece to America's Rome; but there is no future in being the Sansa Stark to Trump’s Ramsay Bolton.

Steve Peers is a professor in the School of Law at the University of Essex.