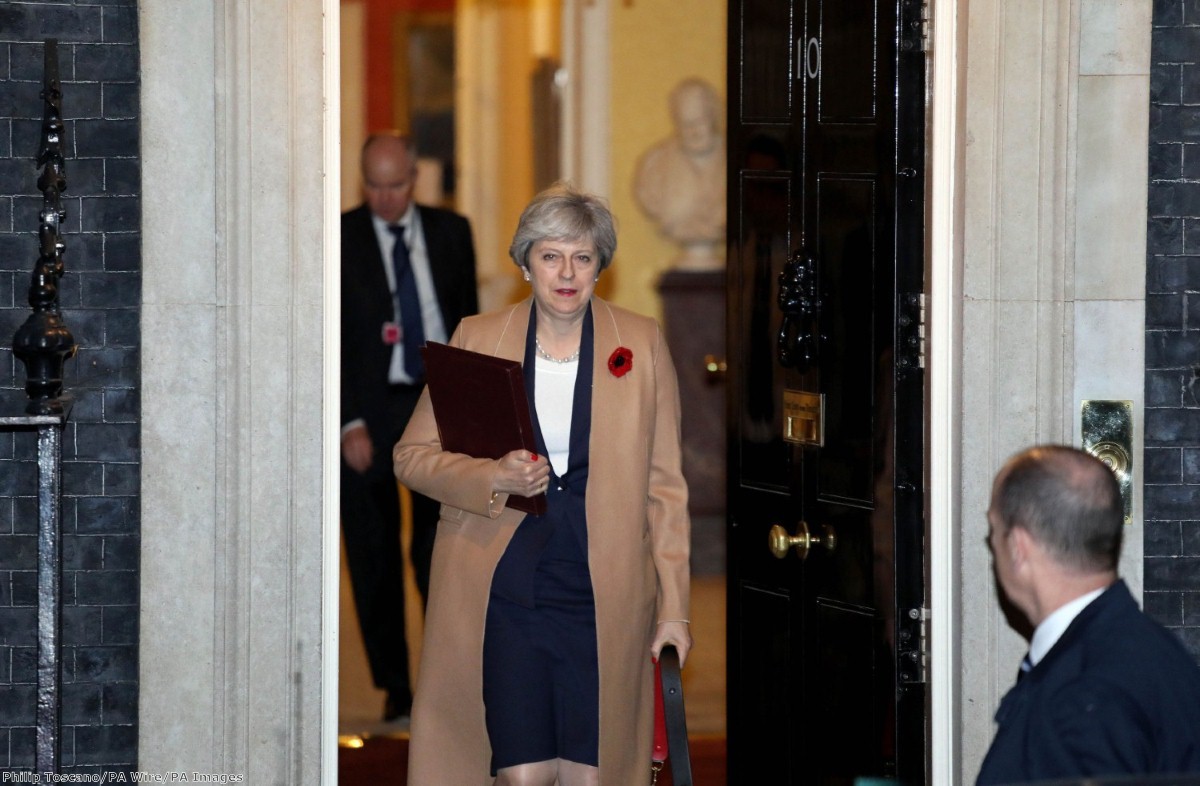 The Lying Game: A disturbing pattern of deceit in Westminster

Three stories in 24 hours, all of them involving statements which are either demonstrably or likely untrue. They represent a bundle of disparate scandals slowly congealing into something more troubling.

The three stories involve Priti Patel, Boris Johnson and David Davis. But really they involve Downing Street, which is either misleading the public, encouraging ministers to do so, or failing to clamp down on them when they do.

This morning Jewish Chronicle journalist Stephen Pollard suggested Downing Street had been feeding journalists inaccurate information about contact with the Israeli state throughout the Patel story.

The international development secretary first claimed that stories that she'd met Israeli officials while on holiday this summer were an attack by the Foreign Office. Then she accepted they were nothing of the sort and that the meetings were anyway much more extensive, going all the way up to the prime minister, Benjamin Netanyahu, and the country's authoritarian security minister Gilad Erdan.

At this stage Downing Street claimed not to have known about the meetings. Then two more emerged last night, again with Erdan, this time back in Westminster. It suggests more than an error of "enthusiasm", in Patel's words, and more one of systematic cooperation. This was treated as the final straw – a failure by Patel to come clean about all the meetings when she released her extraordinary statement earlier this week.

But the JC report suggests Patel did tell Theresa May about those meetings – and was instructed not to include them in her account of what she'd done.

Just as damagingly, it reported that Downing Street was aware of the original meetings over the summer. Michael Oren, deputy minister at the Israeli Prime Minister’s Office, apparently referred to the Netenyahu meeting when he saw Middle East minister Alistair Burt and British Ambassador to Israel David Quarrey later that same day. This was passed on to Downing Street.

This directly contradicts the prime minister's spokesperson, who said Downing Street only found out about the meetings last Friday. Downing Street denies the Jewish Chronicle story.

Just gone back over tape. PM's spokesman was asked on Monday: "So the SoS met the Israeli PM three months ago and no-one had any idea until Friday?" He told us: "That's correct." https://t.co/7J2eysAave

What's going on here? Did Downing Street do all these things and then repeatedly lie to journalists? Or are Patel's people now lying by briefing that Downing Street had forced her to conceal meetings she was trying to release? Or is there some third option? Either way, the accounts cannot be put together. Someone is lying, probably either in No.10 or the Department for International Development. It is an unspeakable mess.

The Foreign office might be the wounded party in all this, but it has questions of its own to answer on a separate scandal.

Yesterday, Boris Johnson faced the Commons for the first time after risking the liberty of British citizen Nazanin Zaghari-Ratcliffe by telling a committee she was training journalists in Iran. In his statement to the Chamber, he said:

"The UK government has no doubt that she was on holiday in Iran when she was arrested last year and that was the sole purpose of her visit. My point was that I disagreed with the Iranian view that training journalists was a crime, not that I wanted to lend any credence to Iranian allegations that Mrs Zaghari-Ratcliffe had been engaged in such activity. I accept that my remarks could have been clearer in that respect and I’m glad to provide this clarification."

But this isn't right. It's simply not true, under any basic understanding of what truth is constituted from. Here is Johnson's comment that started all this (you can see the video here):

"When we look at what Nazanin Zaghari-Ratcliffe was doing, she was simply teaching people journalism, as I understand it, at the very limit."

That is not a statement on whether it is right or wrong for the Iranian regime to lock up people for training journalists. It is a statement on what he thought she was doing. It is dishonourable and misleading to claim otherwise.

Similar developments are taking place over the Brexit impact assessment papers. The government said it had written these reports on over 50 parts of the economy, to see what effect Brexit would have. It refused various Freedom of Information requests to publish them. Finally, it lost a parliamentary battle and must now make them public. But exactly what they plan to release to the public is unclear. Yesterday Brexit secretary David Davis put out a statement saying:

This directly contradicts what Davis said previously. In June he said he had several sector analyses "already done".

Davis 6/17 "We've got 50, nearly 60 sector analyses already done"
Davis 11/17 "It is not the case that 58 sectoral impact assessments exist" pic.twitter.com/JxAYZ7CXqP

Two weeks ago, he told the Brexit committee the assessments were "in excruciating detail”.

DD, 13 days ago, Dexeu Committee:
“Of the 57” sectoral impact assessments “They are in excruciating detail”
Today: “not the case they exist” pic.twitter.com/SqqJzta9Hw

How can "nearly 60 sector analyses" of "excruciating details" be "done" and yet still not exist? Is Davis making it up now, to prevent publication? Or was he making it up earlier, to pretend he'd done more research than he really had? Which is worse?

It is impossible to offer a generous assessment of these various statements. What we are seeing is a disturbing pattern of behaviour where misleading statements are issued to the public on a regular basis, either to protect the government from scrutiny or protect ministers from embarrassment. The May administration is now embroiled in multiple simultaneous scandals. But it's always the cover-up that finally gets you. And this now feels very much like a government of cover-ups.