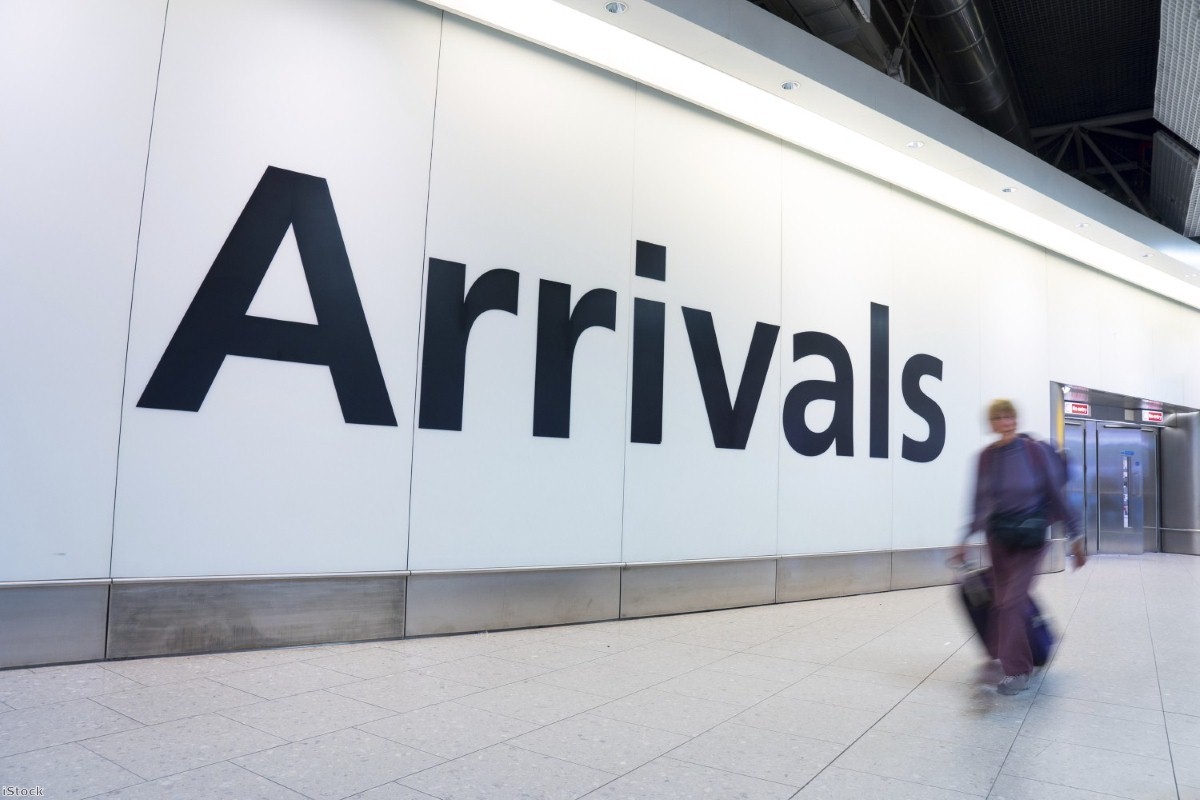 Just for a moment there, it felt like October was going to be a good month. But then along came Amber Rudd and spoiled it all.

First, we had some heartening news about public attitudes to immigration. The pollsters at Ipsos MORI released data showing that the proportion of people who view immigration as a good thing is on the up.

And this wasn't public opinion nudging gently in one direction or another, which is so often what polls generally offer us. It was a significant shift in how many people hold positive views of immigration, which jumped from 35% to 46% in the eighteen months between February 2015 and October 2016. This was mirrored in a drop among people who thought immigration was bad for the country, from 46% to 34%.

Ipsos also saw "a bigger change taking place after the EU referendum", explained their managing director Bobby Duffy. This may be the most remarkable news of all, that amid a bad-tempered, sometimes downright xenophobic Brexit campaign, the public's approach to newcomers actually grew more sympathetic.

It is a useful reminder that most ordinary Brits aren't that hard-line on immigration, no matter how it might sometimes seem.

It also suggests that it may be time to move the debate on from Brexit. If the referendum did indeed 'lance the boil' on anti-migrant feeling, as some suggest, now is the time to make the case for a whole new debate about the issues at stake: why immigration matters, its pros and cons, how to better integrate new neighbours and colleagues.

One person already making the case this month was Paddy Ashdown, the former Lib Dem leader and UN high representative to Bosnia (that country's "de-facto leader", as The Guardian once called him). Speaking before a think tank event to commemorate the often-forgotten 400,000 Indian Muslim soldiers who fought for the British army in World War One, Ashdown argued that the army already led the way on how integration worked in practice.

The military "is probably an organisation where that kind of sense of integration [between faiths] is as good as most other places, and better than a lot," he said. This is as true now as it was in 1914. "In active service you depend on the man next to you, whatever their creed, religion or colour is. If you ain't integrated, you ain't going to survive."

Ashdown, a poetry-quoting former Royal Marine who speaks six languages, reaches places that other liberal commentators can't. We would do well to listen to him. If pro-immigration voices haven't tapped into institutions like the military to make our arguments, it is probably time to start. As Sunder Katwala, who chaired the event, said: "The army a hundred years ago looked very like the Britain of 2017."

So far, so much positive stuff to chew over. Until you opened The Observer this weekend to find the Home Office threatening EU nationals.

Home secretary Amber Rudd has put her name to a letter sent to a Romanian in a UK detention centre, to tell them that the best way to avoid destitution was to return to Romania. As one charity rightly told the paper, the chilling thing was the tone: "Effectively telling a detainee to go home or go to another European country."

We have seen all this before. The government's approach to European citizens is hardening even as public views on immigration may be starting to soften. We have had the Hostile Environment 2.0. There is still no meaningful guarantee that the three million EU nationals already living here will be allowed to get on with their lives in the UK. As The Observer piece notes, the number of Europeans stuck in immigration detention has gone up.

A great Whitehall trope, repeated for decades now, is that ministers will listen to public concerns. But officials are deaf to signs that people are turning away from the grimmer policies coming out of government.

It is ministers, with their threatening letters and deportation orders, who don't want to move on from the Brexit vote. The hard-liners are in the Home Office and they aren't listening at all.