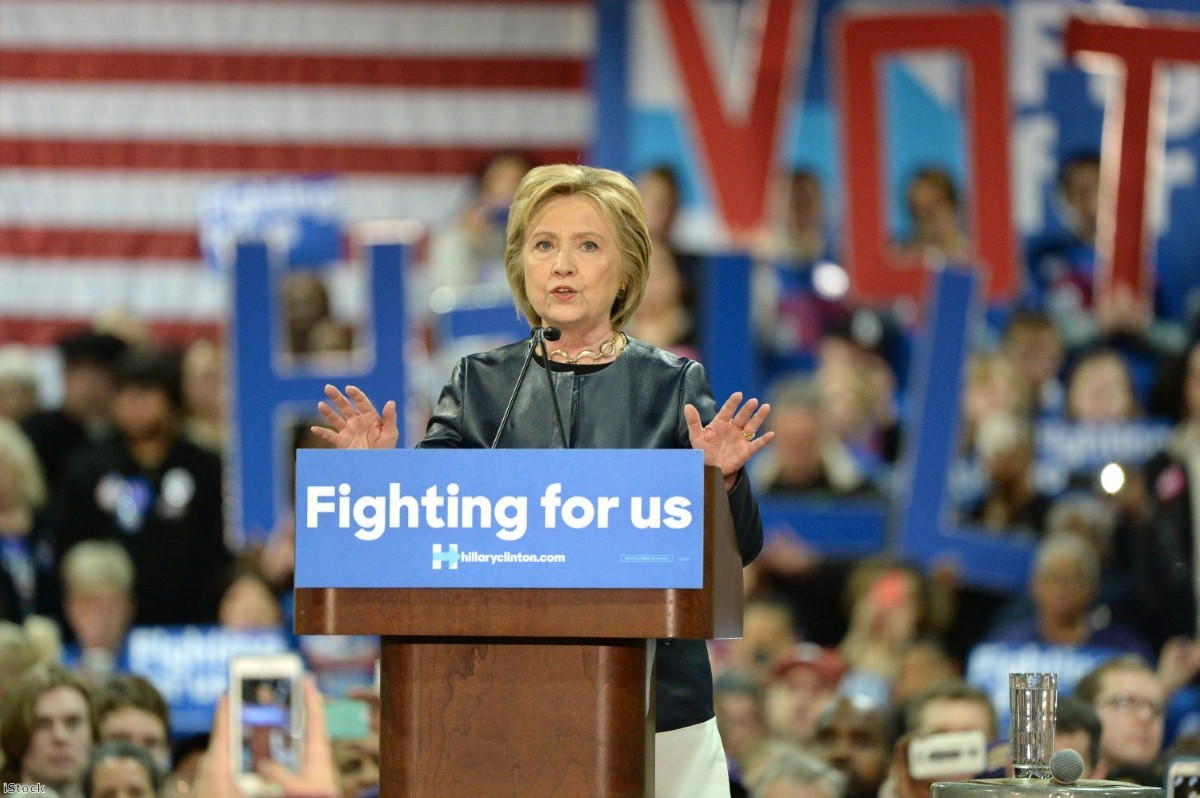 Clinton and May: Two sides of the same story

It was meant to be the ultimate moment in female empowerment. When she was finally unveiled as the next president of the United States, Hillary Clinton was going to be dressed in suffragette white and stood atop a stage depicting a smashed glass ceiling.

Of course, it never happened. Instead, like some nightmare sequence in a late season episode of the West Wing, Donald Trump took the White House. The man who just weeks earlier had been heard bragging about being able to "grab [women] by the pussy" had stopped one becoming President.

Across the Atlantic, a woman did win, but only just. Theresa May made it back to Downing Street with the help of the DUP. But she was stripped of her majority and heavily criticised for a poorly run campaign in an unnecessary election. Last week, a horror show of a conference speech triggered another spate of leadership rumours and many feel her days in Downing Street are numbered.

These two figures seem unconnected, but peel back the crude political distinctions and you find two remarkably similar stories which reveal a fundamental truth about how women are treated in politics.

They rose through all-female elite educational institutions – St Hugh's Oxford for May and Wellesley College for Clinton. They both ended up in top-level government jobs traditionally done by men: May at the Home Office, Clinton at the State Department. This in itself was groundbreaking. Jacqui Smith was the only female home secretary before May, while Madeline Albright and Condoleeza Rice were the only women to be secretary of state before Clinton.

Whatever one thinks of their policies, they managed these departments very successfully. There was little doubt who was in charge. But this assuredness faltered as they campaigned for the top jobs in their respective countries.

Age and gender had a huge impact on how they campaigned and the results they ultimately got. Both women are in their 60s: May is 61, Clinton 69. They played by the rules largely imposed on women who grew up when they did and wanted to succeed: focus on results and whatever you do never show any emotion.

Ambitious women of their age were essentially told to compensate for their gender. The only way to compete with men, in politics and elsewhere, was to overachieve in terms of results. They could never have a chink in their armour. It would have been drilled into them from early on in their career that their record was the most important thing. In politics especially, emotion was seen as a weakness in women.

You need to look no further than some of the chapter titles in Clinton's book, 'What Happened', for evidence of this: Perseverance. Grit and Gratitude. Sweating the Details.

Now think about the language used to describe the two women. They are frequently criticised for being hard, unemotional and unapproachable. Theresa May is the 'Maybot'. I would not even publish some of the ways Clinton is described.

Ultimately, the qualities which saw both women achieve great things prior to 2016 and 2017 counted against them when it came to campaigning for the top job. The studied stoicism of decades fighting on male turf ended up being used against them.

May finally showed some frustration at this in a recent interview in the Sunday Times. She was asked if she cried after the speech, if she was depressed, if she was sleeping. May replied:

"One minute journalists are accusing me of being an ice maiden or a robot, then they claim I'm a weeping woman in dire need of a good night's sleep! The truth is my feelings can be hurt, like everyone else, but I am pretty resilient."

Earlier in the interview May described herself as "a very determined person". Later on, she said: "It’s never been my style to hide from a challenge."

We hear the same words, the same characteristics, being used again and again to describe both women. These attributes ultimately came to be seen as failings in an age in which social media and access-all-areas rolling news means we expect transparency from everyone in public life. The rules have changed and, with a few exceptions, they disadvantage women. It was ever thus.

The men Clinton and May were competing against also compounded this problem. Donald Trump and Jeremy Corbyn had little grasp of detail and even less experience of governing, but they were energetic and claimed to have a vision. Against these supposed ice queens they were seen as authentic and approachable, however dark their politics may be under the surface. It was enough for Trump to win and for Corbyn to do serious damage to May's authority.

It is hard to believe that we'd have seen the same result had the shoe been on the other foot. Women with little more than a vision and a campaign slogan do not succeed in politics. Playing by the rules doesn't seem to help much other. It might just be time to rewrite them.

Charlotte Henry is a media and politics commentator and author of the upcoming book on fake news "Not Buying It". You can support it on Unbound. Follow Charlotte on Twitter here.