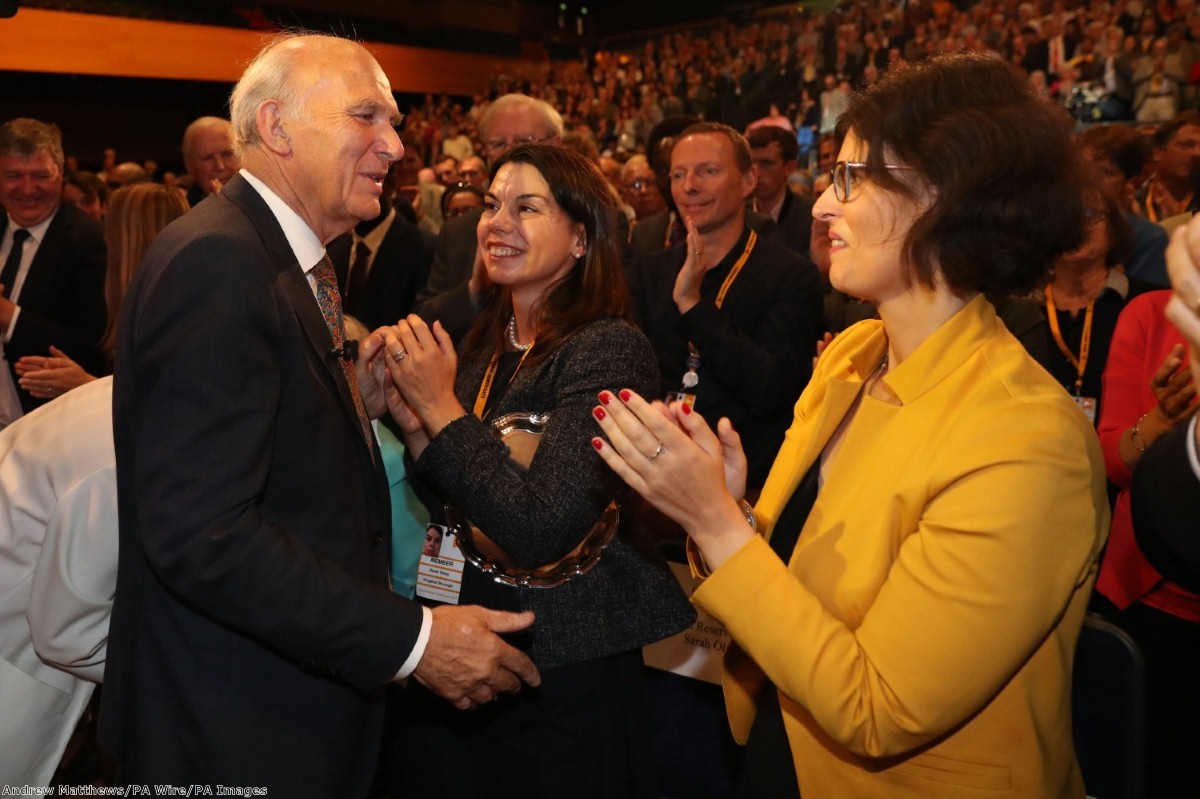 The Lib Dems have learned nothing

Under his leadership, the Liberal Democrats lost 85% of their MPs, two thirds of their voters, a quarter of the councils they controlled, more than 2,000 councillors, and left the party with its fewest MPs in 45 years.

In doing so, he undid decades of electoral progress by Britain's once-third party – wiped out in their heartlands in south west England, blown out of the former Labour strongholds they'd won by opposing student fees and the Iraq War, and reduced to irrelevance in Scotland.

The work (for better or worse) of Jenkins, Owen, Williams, Steel, Ashdown and Kennedy was trashed with one handshake – Clegg's handshake with David Cameron on the steps of 10 Downing Street in May 2010, forming the coalition government that devoured its junior partner.

One would assume that after such a catastrophic turn, any party – any organism – would take stock and reflect on what had gone wrong. Presumably starting with an admission that something had indeed gone wrong.

But the Lib Dems' annual conference displayed nothing of the sort. New leader Sir Vince Cable's keynote speech was an exercise in brazen self-justification.

"We went into government, in the national interest, to repair the damage. It was the right thing to do and Nick Clegg led us courageously in doing it… I am certain that just as parliament now misses his voice, history will vindicate his judgement."

And as for the withering verdict of the voters, "we still have to scrub ourselves hard to get rid of the smell of clearing up other people's mess".

This isn't even the mealy-mouthed language of 'mistakes were made' – instead, Cable's Lib Dems fall back on 'great show, terrible audience'.

The trouble is that many party members who opposed the coalition will have simply walked away from the party. Those left behind – including the party's MPs – have largely made their peace with it. They could hardly have justified staying in the party if they hadn't. And having wrestled with their consciences in justifying the coalition, it is now the hill they wish to die on.

They had no choice, the country needed it, they took one for the team, history will absolve them. This isn't reflection. This is protection of self-image. They know the coalition went wrong, but few understand that the coalition itself was wrong.

Just look at the DUP's deal with the Conservatives. Arlene Foster's fiercely secured concessions from Theresa May make the 2010 coalition deal seem like someone forgot the safeword.

The Northern Irish first minister showed she actually understands leverage – she held the Tories over a barrel and secured terrific spending commitments for austerity-hit Northern Ireland. And not even for a five-year coalition, but a mere confidence and supply deal lasting around 24 months – after that, they'll be back for more. Years of hard bargaining with Sinn Fein at Stormont meant she knew the importance of being ready to walk away.

But David Cameron – Etonian, PR man, smooth talking political climber – knew full well that Clegg wouldn't walk away. Instead, the Lib Dem leader, drunk on his own lofty rhetoric about "doing things differently", rushed into his open arms. Cameron saw him coming and left him feeling like he'd won when he'd lost.

What exactly did the Lib Dems secure for a grateful nation? Perhaps the pupil premium and universal free school meals will endure as lasting legacies. Perhaps they won't. The rise in the income tax personal allowance was woefully inefficient, while welfare cuts meant that it didn't even benefit those who needed it most.

And at what cost? Accepting a far harsher pace of spending cuts than the Lib Dems had ever said was necessary. Massive cuts to councils, especially in the poorest areas. Swingeing cuts to welfare. Rocketing homelessness and food bank use. And, of course, the most brazen act of electoral betrayal British politics has ever seen – the trebling of student fees, months after hoovering up student votes with a pledge to abolish them.

Part of the post-2015 Lib Dem self-image is that they stopped even worse things from happening. This is self-absolution. The party only blocked further Tory cuts when House of Lords reform fell through – in other words, when they realised they'd been had.

As long as this continues, and as long as the party is led by those tainted by coalition, the Lib Dems will suffer a huge trust deficit among those whose support it needs if it is to ever return to electoral relevance – natural Labour supporters in Tory-Lib Dem marginals, students, and middle class liberal left-wingers.

Because if you won't admit your worst mistake, how can you be trusted not to make it again?