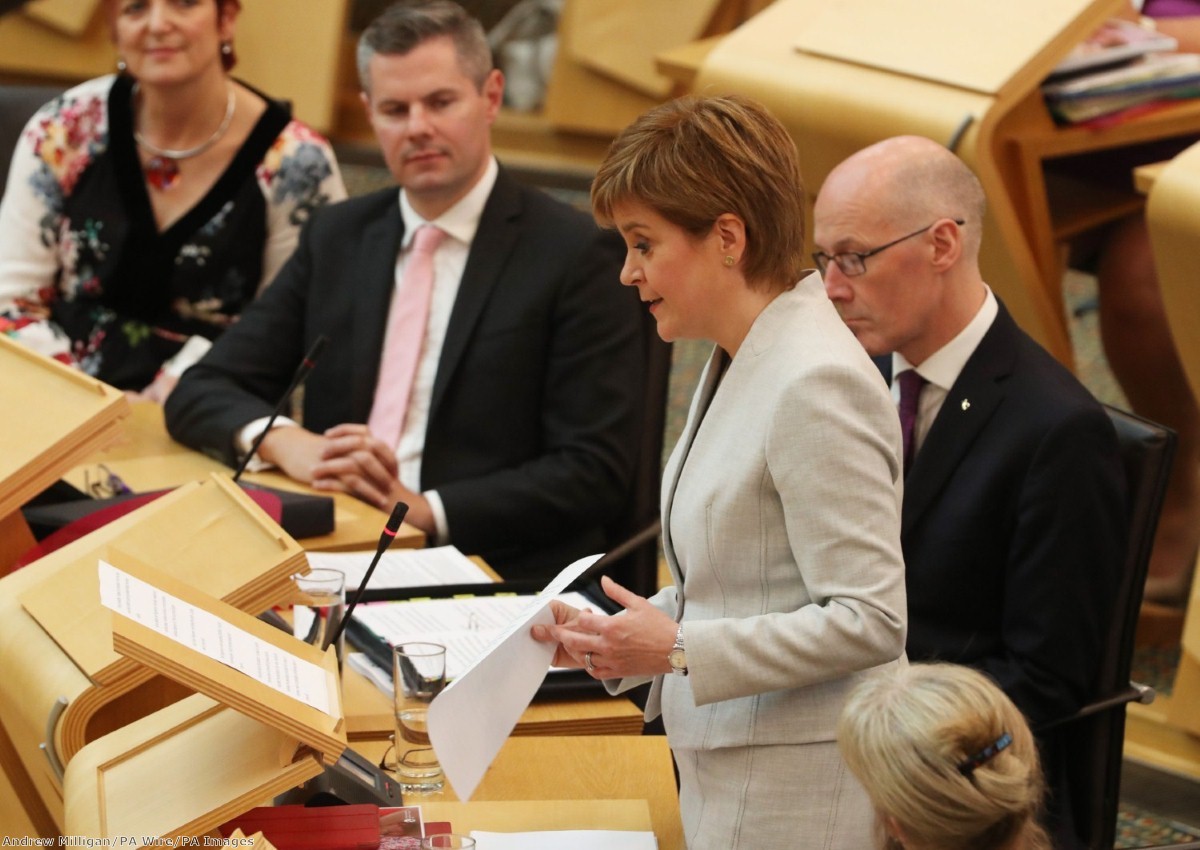 Sturgeon speech: Hinting at radical reform is not the same as implementing it

Adjectives like "bold" and "radical" tend to permeate Scottish political speeches, and those emanating from the SNP are no exception. But there is often a (considerable) gap between the rhetoric and reality.

Nicola Sturgeon said yesterday's Programme for Government was "fresh, it is bold and it is ambitious", and therefore aspects of it would undoubtedly be "controversial".

It is more accurate to say that parts of the speech hinted at future boldness, which, of course, isn't the same thing.

For the most part, however, what the first minister served up as part of a long-trailed effort to "refresh" her administration after more than ten years in office sounded familiar: educational reform ("most radical change"), more cash to boost economic growth ("raising our ambition") and the creation of a Scottish National Investment Bank. There was a sudden conversion to lifting the one percent public sector pay cap, but for the most part it was recycled or re-announced.

Then came the hints. Sturgeon noted vaguely that there were "arguments for and against" a citizens' basic income, but added that it merited "deeper consideration". To that end, the Scottish government would work with "interested local authorities" to help inform parliament's "thinking for the future", so more an aspiration to keep the Greens happy than a concrete proposal. There was also a pledge to "identify" a public body able to "make a robust, public sector bid for the next ScotRail franchise", which hinted at nationalisation, albeit not very credibly (which public body would that be?).

More substantial were the first minister's remarks on tax. Having often hinted at tax rises only to get cold feet come delivery time, on this occasion Sturgeon appeared to be contracting out income tax rates to her opponents. "Mindful" that as a minority government "alliances" would be necessary to pass the next Budget, she said the time was right to "open a discussion about how responsible and progressive use of our tax powers could help build the kind of country we want to be".

You might have thought that discussion should have begun a decade ago, when the supposedly social democratic SNP first entered government (albeit with fewer fiscal powers than it has now), but that was pre-financial crash and pre-Jeremy Corbyn. Now, the Scottish government intends to "analyse a variety of different options" to "inform" discussions with other parties ahead of the Budget.

Given that Scottish Labour, the Scottish Liberal Democrats and Scottish Greens all support increasing tax in some form, the logic of that statement would be higher tax, but then the intent was more political: by tying the other parties (not, one suspects, the Scottish Tories) into the process, Sturgeon is heading off future battles. Temperamentally, however, the first minister is not inclined to raise the basic rate of income tax, so that remains unlikely to be the outcome. That said, it was a politically clever move, even if a previous effort at cross-party reform (on Council Tax) proved a damp squib.

Scottish Tory leader Ruth Davidson summed things up nicely when she observed that overpromising and under-delivering was "a theme" of this government.

Independence, meanwhile, was mentioned only once, in the context of Brexit, which Sturgeon said she was "determined" would not "stand in the way" of her "ambitious" programme. The March push for a second ballot has more or less been airbrushed from history.

In essence, the first minister was saying she might be bold and radical in the future, but then again, she might not. If, in a few years' time, the SNP is legislating for a citizens' basic income and has embarked upon a thorough reworking of the fiscal status quo then it would have a good claim to be "radical" and "bold", but hinting at such widespread reform is rather different from actually implementing it. The proof, as ever, will be in the pudding.