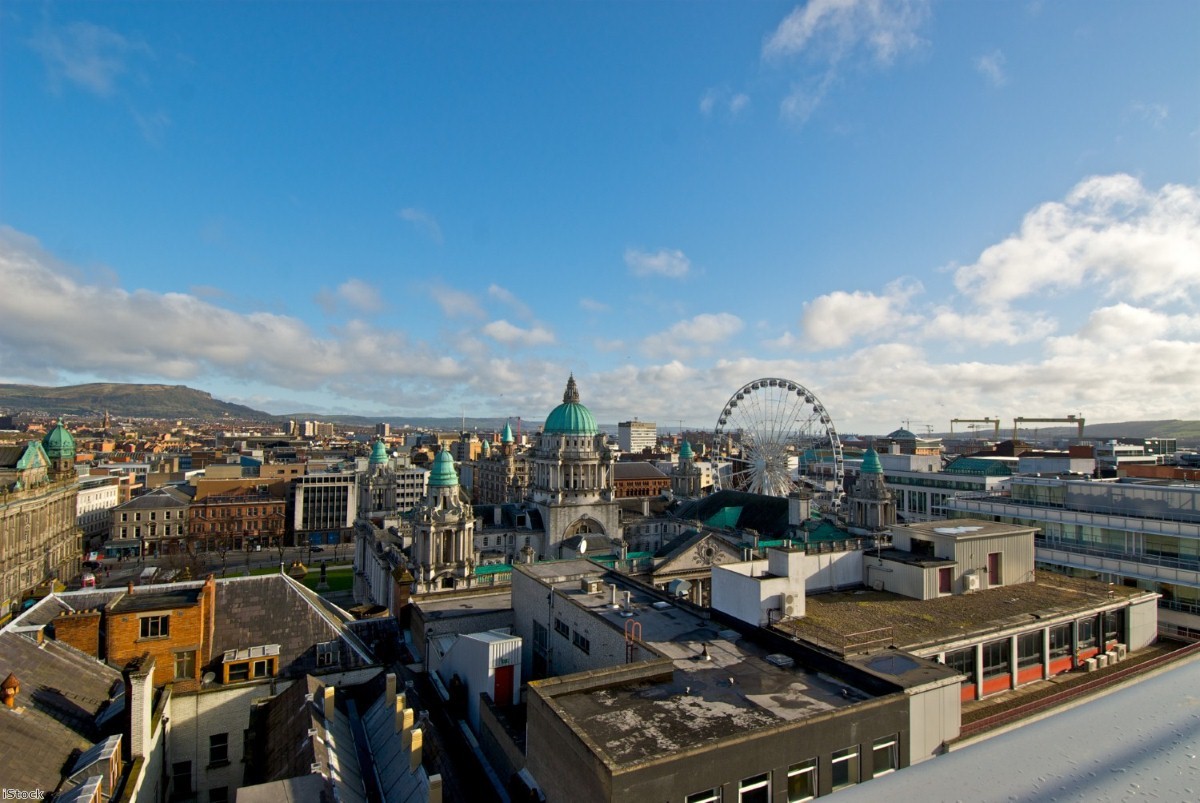 Even in a divided society, North Belfast stands out as a motif of the 30 year conflict that wreaked havoc on the lives of people in Northern Ireland and left 3,568 people dead. The peace walls are the most obvious sign of the society segregated along community lines, but other walls are also present.

A significant correlation continues to exist between those areas which were impacted most by the conflict and the highest levels of social and economic deprivation. The second highest number of conflict deaths took place in the streets of North Belfast. Of the top 20 most deprived electoral wards in Northern Ireland, 6 are in North Belfast.

Political loyalties also remain divided. The June election saw Sinn Fein run the DUP close for the Westminster seat and losing by just over 2000 votes, the closest gap between the two parties yet.

In this context, it is perhaps unsurprising that housing inequality, an issue which fuelled the civil disturbances which led to the conflict and resulted in housing powers being removed from Councils 40 years ago, has raised its head again.

According to the Equality Commission for Northern Ireland, people from a Catholic community background across the region wait longer for a home. Figures held by the Northern Ireland Housing Executive (NIHE), the public body with responsibility for social housing, show that in the majority Catholic areas of North Belfast there is a need for 938 additional social homes. In areas with a historically Protestant majority population, the need is just 38 homes.

Despite this, recent research by the investigative journalism site The Detail and human rights groups CAJ and Participation and the Practice of Rights suggests the DUP is using their political influence to inhibit the building of homes in the Catholic community and promote the building of homes in predominantly Protestant areas, where their electorate lie and where the need is low to negligible.

At the Participation and the Practice of Rights (PPR), a local human rights organisation, we have raised questions over a number of troubling land deals conducted by the Department for Communities, while under the stewardship of DUP Ministers, which resulted in a loss to the public purse of over £1.1 million.

Information received under the Freedom of Information Act reveals that the Department spent huge sums of public money over the last ten years buying private land for social housing where the need for additional homes is low.

Documents show that a £1.1million loss was incurred through the acquisition of three sites of land which were then sold at a premium to build social houses where little demand exists. Each of the areas where the sites are located (Ballysillan, Glenbryn, and Lower Oldpark) fall within the NIHE Housing Needs Assessment Area North Belfast 2, which is composed of predominantly Protestant areas – and where the NIHE assess that only 38 more social homes are needed. In contrast, according to the NIHE, North Belfast 1 (made up of predominantly Catholic areas) has a need for 938 additional social homes.

This raises questions as to how effectively the Department and NIHE are using their vesting powers. The Department's own guidance on vesting makes clear that use of these powers must be justified by housing need, and value for money. It is clear that these decisions fall short on both counts.

In 2015, powers to make decisions on housing and planning were handed back to councils in Northern Ireland. Political donations remain secret, and the Ombudsman's office has warned that the system is open to abuse and corruption.

More than 40 years since those housing powers were taken away, the question as to whether our political representatives are able to make decisions on housing based solely on need regardless of political affiliation still remains.

Nicola Brown is the policy director at Participation and the Practice of Rights (PPR).