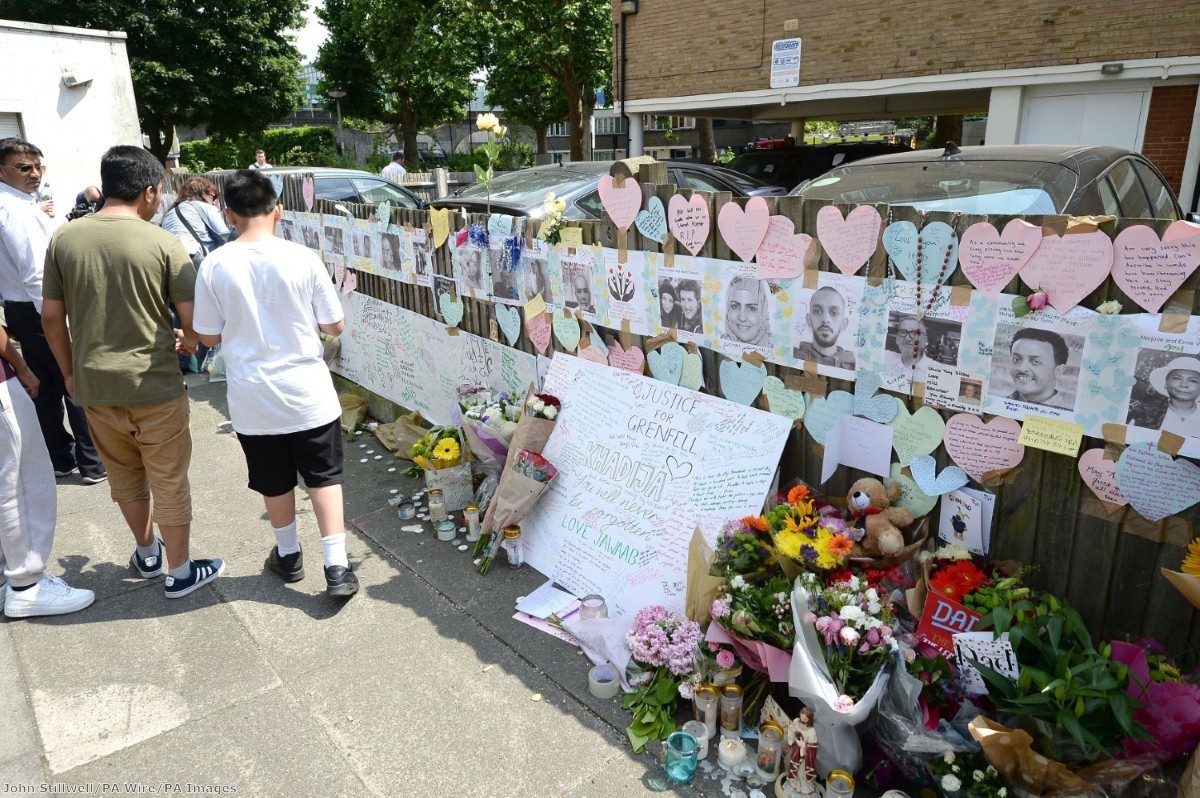 Three weeks is all it took for the sympathy being shown to the survivors of the Grenfell fire to turn sour. As soon as rich residents in Kensington found out that some of the tenants could be housed near them, they quickly lost any compassion they might have fleetingly entertained. 'What about the house prices?' they cried. 'We don't want them here.'

Now we're seeing criticisms of the survivors spreading. The prime minister promised that they would all would be rehoused within three weeks. That deadline was up yesterday, but according to reports just nine out of 139 offers of accommodation have been accepted. Responses to a tweet by LBC show just some of the anger being directed at people who have just lost everything in a horrific fire.

"The residents are been [sic] ungrateful and greedy. They want luxury and should be happy with a home."

"Probably quite content in all inclusive hotels lots of them."

"They are illegals put them up in Pentonville"

There is no attempt to understand why residents might not be accepting the offers of accommodation – no consideration that perhaps they are being being offered a flat on the 13th floor of another tower block, or in cramped conditions, or away from their children's schools and friends. There is no thought to why these social housing tenants – who have seen similar communities destroyed by local authorities and thousands of homeless families left in bedsits or moved out of their borough – might not trust a council when it says these homes will just be temporary.

A member of the Grenfell Action Group confronts a Conservative MP over the lack of help & services for survivors in the wake of the tragedy pic.twitter.com/eA46vMn9vw

We shouldn't really be surprised by this reaction. The residents of Grenfell represent everything people in the UK have been told to hate. Not only are they social housing tenants but many are also migrants. In the eyes of some this makes them the lowest of the low. There is a feeling that they should be grateful for what they get and if they don't like it? Tough.

This is how the government has got away with its swingeing cuts to welfare. It's how, despite all the protests, the bedroom tax still exists – a policy which has achieved nothing except to drive people into debt and poverty. And it's how Theresa May's 'hostile' immigration system has continued almost unchallenged.

The people who are now coming under attack have just experienced one of the most horrific events imaginable. Take a moment to think of how it must have felt to carry a child down flights of stairs while a fire raged all around. Or to see neighbours jump from their window because they knew there was no other way out. Think of those whose loved ones' remains may never be recovered or identified. These are the lucky ones. These are the ones who escaped.

But in their moment of need, the government failed them. In those early days when they were traumatised by what they had seen and by what they had lost, they were left to fend for themselves. And that's exactly what they did. They got organised, appointed spokespeople, and fought for what they deserve. They shouldn't be shamed for doing so, they should be treated as heroes.