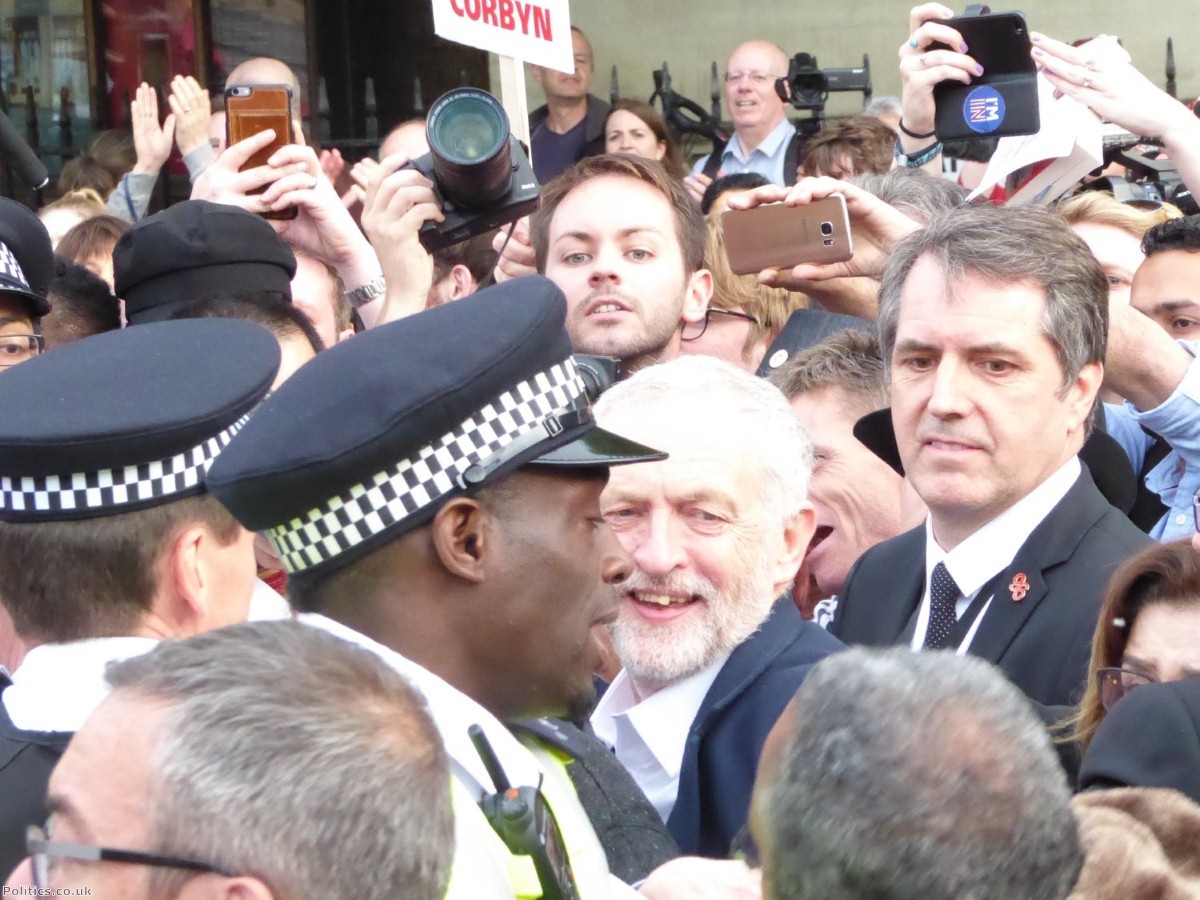 Corbyn supporters are not a cult

Contemporary politics is full of surprises. Cameron's surprise majority in 2015, the shock of Brexit, the horror of Trump, and Theresa May's failure to win a majority, are just the most obvious examples. The biggest surprise, surely, is the current enthusiasm for Jeremy Corbyn, a leader who, until recently was written off as unelectable.

The sight of crowds chanting Corbyn's name at Glastonbury, welcoming him on stage like some kind of a rock star, has given commentators pause. Crowds chanting political slogans or a leader's name smacks of hero worship, leadership cults and totalitarian politics.

Yet, 'Corbynmania' should not be understood as a personality cult. Cults of personality tend to be imposed from above rather than emerging from below. The cult of Lenin and the cult of Stalin were deliberately manufactured and fed to the Soviet people through a Communist-dominated media. Certainly, at a local level people invested these cults with personal meaning, but the cults were initiated above, and circumscribed so that they could never undermine the regime. The recent, now defunct, cult of Theresa May has some similarities to the cults of totalitarian regimes. The May cult was created by Conservative campaign managers and propagated through media, old and new. Enthusiasm for Corbyn is profoundly different. Crucially, the excitement around Corbyn is spontaneous, it emerges from the bottom up, and that gives it a different character to totalitarian cults.

Personality cults are designed to limit public debate by focusing attention on the alleged strengths of the leader. The May cult worked, at least for a time, in this way. The phrase 'strong and stable', for example, was used to close down discussion. Moreover, strength and stability were presented as features of a person rather than specific policies, therefore, attention was deflected away from policy discussion towards faith in a leader. Cults, then, tend to close down more detailed or complex discussion, reducing political debate to content free slogans and faith in the qualities, real or imagined, of leading individuals.

However, as enthusiasm around Corbyn is spontaneous and outside central control, it is unlikely to function in this way. Indeed, while centrally imposed message discipline stifles debate, grassroots enthusiasm is likely to stimulate activity. Enthusiasm for Corbyn is likely to lead to discussion of what he stands for, consideration of how his programme might improve the country, as well as the possible drawbacks of his agenda. Fandom is a good analogy for the Corbyn phenomenon. Fans become enthusiastic about a band, a film genre, a TV show. Taking Doctor Who as an example, enthusiasm leads to exploration: fans discover the back catalogue, they take ownership of their passion, they engage in cosplay, argue over what is ‘cannon’, and eventually write their own fan fiction. And all of this goes on beyond the control of the show’s producers. The fandom analogy is a good one, precisely because the crowds at Glastonbury behaved like fans not like regimented ranks of Nazis. In this sense, spontaneous enthusiasm has the potential to widen knowledge of and participation in politics, in a way that is wholly different to top-down cults.

Much of the concern about a 'Corbyn cult' presupposes that some forms of political participation are legitimate, whilst others are inherently suspicious. Specifically, engaging in policy discussion is put at the top of the hierarchy of legitimate engagement, while cheering at a gig is relegated to the bottom. There are good reasons, however, to question this hierarchy of legitimacy. Reading and debating research led policy is one way of engaging in politics. Joining established political parties and attending formal meetings is another form of engagement. But these are not the be all and end all of legitimate participation. Being exciting, being defiant, embracing hope, marching, being caught up in the moment, all these are legitimate too. Indeed, in a democracy there ought to be different ways of engaging and different levels of engagement so that it is possible for the whole people to engage in whatever way or at the level they choose. Significantly, one type of engagement does not exclude the other, even policy wonks feel joy, and enthusiasm can be a gateway to deeper and more long-lasting commitment.

Excitement around Corbyn is not truly a cult of personality. It is not imposed from above or formally circumscribed. Corbyn's people have neither the media dominance, nor the power of surveillance necessary to create or monitor a genuine cult. Even so, the crowds at Glastonbury may still be guilty of hero worship. It is difficult to generalise, who knows what was going through the heads of those cheering his name at Glastonbury? Maybe there is an element of hero worship in attitudes to Corbyn – that would certainly be consistent with the way that fan culture works. There is certainly something quite heroic in the Corbyn as Obi-Wan memes that have been cropping up since his election as Labour leader back in 2015.

However, is regarding Corbyn as a kind of hero inherently dangerous? Britain has had heroes before. Winston Churchill is still regarded, almost universally as a hero. Margaret Thatcher also has her devotees. The important question is what kind of heroes are people celebrating? We know what happens when a society worships a 'warrior hero' with a quasi-mystical belief in a 'master race'. We know what societies look like when they worship inerrant revolutionaries-cum-war leaders. But what would a society be like if its heroes were cyclists who made jam in their spare time? If Britain's heroes were people who lived in sixties terraces, people who don't know all six verses of the national anthem, people who had opposed Apartheid in the 80s, and the Iraq war in the noughties, maybe a society with that kind of a hero would be a decent one?

Returning to the fandom analogy, the people who make Doctor Who today were fans in the 70s. Their enthusiasm carried them from watching the show to writing, directing and producing. If the crowds at Glastonbury are considered fans rather than fanatics, maybe they are not destined to put on jackboots and goosestep behind their leader. Maybe their enthusiasm will led them to register to vote, to join a political party, to read political biographies, to become policy wonks, local councillors, maybe even Cabinet ministers. Political participation, like fandom, starts somewhere, and Glastonbury is as good a place as any.

Dr Robin Bunce is a historian based at Homerton College, University of Cambridge. He specialises in the history of political thought. His recent biography of the black intellectual and activist Darcus Howe, co-written with Paul Field, is published by Bloomsbury.