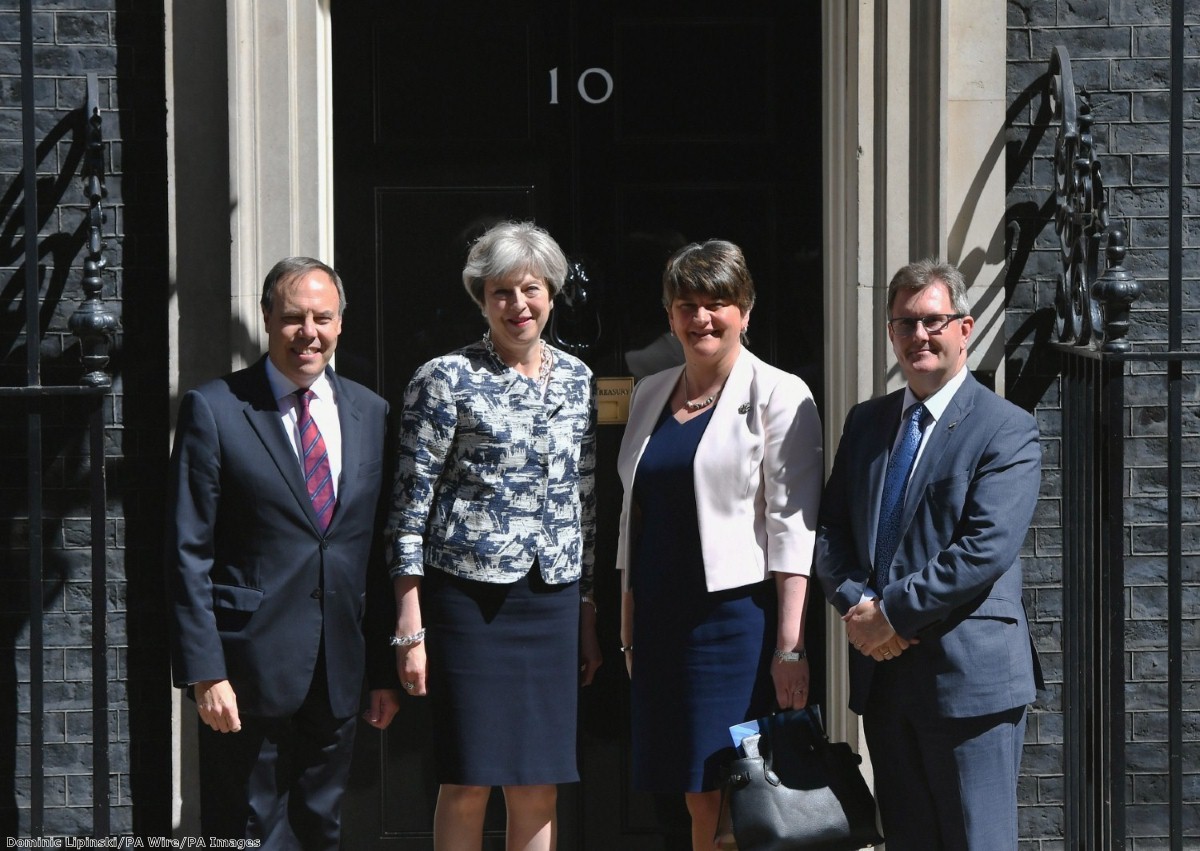 The DUP will be back for more

There's plenty that has been said about Theresa May's deal with the DUP that was announced today.

Some are outraged that Arlene Foster's party, with its record of bigotry and homophobia, have been allowed influence over the government – although the deal itself steers clear of gay rights and abortion. Others fear the impact the deal may have on the Northern Irish peace settlement.

Most talk has concerned the financial aspects of the agreement – £1bn going to one of the poorest parts of the UK, which has taken a big hit from austerity since 2010. The Scottish and Welsh devolved administrations and English MPs will all want a slice of this cake that has suddenly been cut. Austerity has never looked so politically untenable as it does this afternoon. The autumn Budget will be the most politically significant in years.

The last line of the confidence and supply deal has the answer:

Thanks to the government's decision to axe the 2018 Queen's Speech, this parliamentary session will last until 2019 – around the time Brexit talks are scheduled to conclude, and when a new Tory leader might be elected (assuming that hasn't happened next week).

So once most of the £1bn has been spent, the DUP will be back for more in return for their continued backing for the government's continued existence.

This is a deal that will last the full five-year parliament, but will be reviewed after the current session ends in 2019 – in effect, a five-year tenancy agreement with a break clause and rent review after two years. Which we may as well call a two-year tenancy.

Of course, it's an open question whether the government will actually make it as far as 2019 in this era of unprecedented political volatility. But should it do so, it would then either need to fork out more money to keep the DUP sweet, try and struggle on as a minority government, or call another election.

What state will politics be in by 2019? Nobody can see beyond the end of their nose these days, but  if Northern Irish power-sharing hasn't resumed, then another deal with the DUP could carry added toxicity. If austerity has been maintained across the rest of the UK, more money for Ulster would cause a furious reaction from English MPs and the devolved parliaments. But even if austerity has been wound down,  Brexit may have ripped the Tories apart and gutted their remaining popularity. In which case they might barely be able to function as a government, but have strong incentives not to call an election – the Major government all over again.

None of this is certain, nor necessarily even probable. But the one thing we can say with confidence is that the DUP will be back for more.