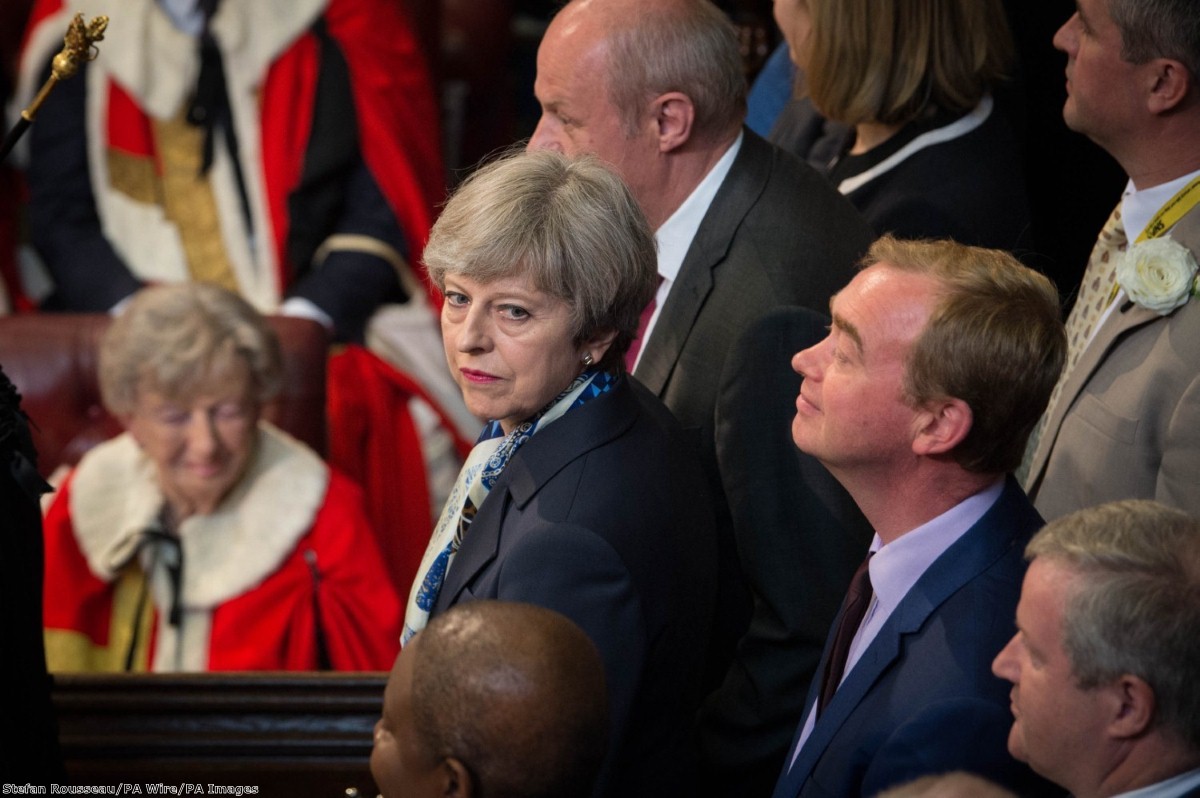 In 'normal' times the Queen's Speech represents a test for an incumbent government: state your case for your political programme, gain approval from parliament, and start your year's work in service to the British people.

But in these most abnormal of times, today's Queen's Speech went further: it set out the already embattled government’s policy-making plans for the next two years, with – much as expected – a heavy focus on Brexit.

Brexit-related bills account for eight from a total of 27, including the mammoth task of transferring EU laws into UK law under the Repeal Bill. Under a shaky government propped up by only the slimmest of majorities, it becomes clear why one official preparing the legislation says: "There's going to be bloody trouble."

But what was revelatory about the Queen's Speech was what it didn't mention: it wholly ignored the seismic political shifts and horrific events which have brought renewed public engagement in politics and staunch opposition to an ideologically-driven political agenda of austerity and deregulation.

We heard nothing about austerity, despite Phillip Hammond claiming at the weekend that the government is "hearing the message". We heard nothing about the NHS, despite – or perhaps because of – a leaked story yesterday which revealed a £183.1 million budget gap across 10 London hospital trusts – meaning less money for spending on drugs, fewer patients being referred to hospital and cuts to support for people with severe health needs.

And while affirming the Great Repeal Bill and a desire for the "widest possible consensus", we heard nothing to guarantee that the sweeping powers ministers want to do away with laws out of sight of MPs will be accompanied by the very highest standards of accountability. As commentators note: "one person's technical amendment is another person's policy shift".

Take international trade secretary Liam Fox and the controversial EU-Canada business deal CETA: after five years of secret negotiations on CETA, Fox signed the UK up to the deal by intentionally side-stepping parliamentary scrutiny. He subsequently apologised, but the damage was already done. And with climate change laws, human rights and workers' rights yet again on the table, what faith would anyone place in ministers maintaining these fundamental protections under deals done in the dark?

One thing we did learn from today's speech is that the government still intends to forge "new trading relationships across the globe" – which in Brexit terms means a firm 'no' from the government to remaining in the EU customs union.

Pair this with Fox's comments on a trade trip to the USA this week and the government's adherence to an austerity programme at odds with that of its population becomes clear. According to Fox, we just don't have the money we need right now to spend on essential services: "Ultimately we all want to spend money on healthcare, infrastructure and education, but you have to generate the wealth first."

And how are we to generate this wealth?

"The more we're able to liberalise our economies … the greater the prosperity we can offer our people," Fox said.

For a UK desperate for a deal with Trump, this means 'liberalised' healthcare, education and a wholesale removal of post-crisis regulations on finance are all on the table, to name but a few areas.

We must not forget now trainee journalist George Osborne's threat to wage further austerity on the poorest if the UK chose to leave the EU – nor our previous governments' ideological adherence to slashing any and all public services, whether the NHS, the fire service and community policing, or even free school meals for children.

The choice to ignore an opportunity to carve out a progressive vision for a politically re-engaged country may well be yet another nail in the coffin of a government out of touch with its people.

Mark Dearn is a senior trade campaigner for War on Want