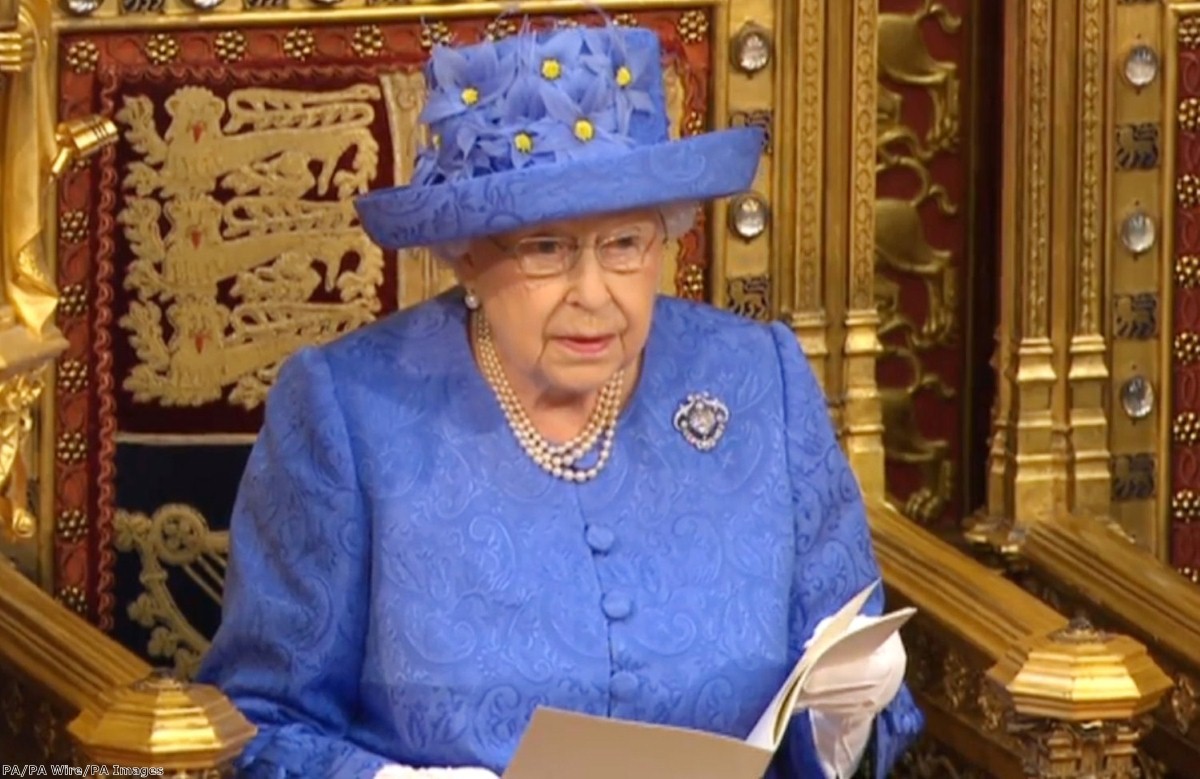 The Westminster bubble thought Jeremy Corbyn would come up with a 1983-style suicide note manifesto, but instead it was Theresa May who delivered one of the great self-owns in electoral history.

Having shaped up terribly against Corbyn's popular spending pledges and cost May both her majority and her credibility, the lame duck prime minister phoned in a largely content-free Queen's Speech for the next two years in which her non-government will largely ditch its catastrophic manifesto.

So – no grammar schools. No ditching of the pensions triple lock. No ditching of universal free school meals or pensioners' winter fuel allowance. No dementia tax – instead a consultation on unspecified social care proposals. No hara kiri return of foxhunting. Not even a visit by Donald Trump.

A few scraps made the cut – there will be a ban on tenants' letting agency fees, though the devil will be in the detail. There were also the expected announcements on counter-terrorism, including a Commission for Countering Extremism. The Lords have a history of spitting out government anti-terror laws, of course.

But beyond that, the speech was dominated by Brexit. If anything – like the Tory manifesto itself, and unlike the policy-filled Labour alternative – it recognised that Brexit will dominate parliament for the next two years.

The speech re-announced the repeal of the European Communities Act, and committed to new legislation on immigration, nuclear safety, and agriculture and fisheries policy. It's clear from the speech's references to new trading relationships that the government remains committed to leaving the Customs Union as well as the single market. But there was little indication here of just how fraught this is going to be.

As for austerity, which did more to cost May her majority than anything else, there was no sign of any new money. Given that this wasn't a Budget, this may not have been a total surprise – but had the prime minister wanted to signal a step change on funding for schools and the NHS, she could have done.

The prime minister is handcuffed by her own inadequacies. This was a speech marking the start of two years that will veer from stasis to decline and possibly outright chaos – a quiet breeze on a stifling day that heralds the coming of a raucous storm.