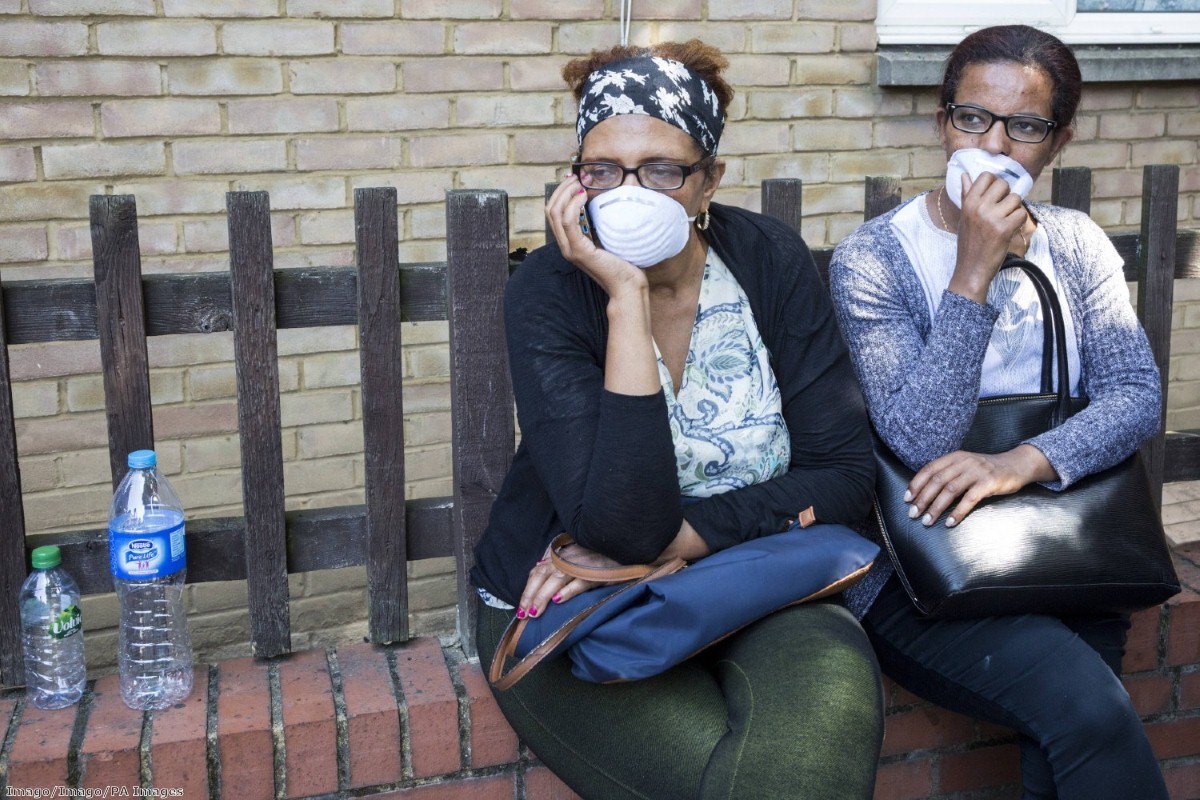 In the days and weeks to come questions will continue to be asked about how a tragedy such as the Grenfell Tower fire could happen. And rightly so. But it's also important to understand the attitudes that have led to a situation where social housing tenants' concerns could be so easily ignored.

For years working class communities, particularly those on council estates, have been ridiculed and demonised by large sections of the media. If they weren't being portrayed as criminals and scroungers they were being laughed at for their clothes and the way they talk.

And when it wasn't the media spreading hatred it was politicians. David Cameron and George Osborne were all too happy to let people believe the mess the country was in after the financial crash was as much the fault of benefit claimants as it was the bankers. When Osborne spoke about 'shirkers' we knew he didn't mean the middle class kids living off their rich parents, he meant unemployed people on estates.

Throughout this time, local campaign groups across London have been fighting for their homes. There are too many of these groups to mention. Whether it's the young mothers who formed the Focus E15 campaign in Newham to protest against local families being shipped out of the area, or the residents of Cressingham Gardens in Lambeth who have fought tirelessly to stop the demolition of their much loved homes, social housing tenants across the capital have been speaking out about the desperate situations they've found themselves in.

Some of these campaigns have been succcessful, many have not. Thousands of families have been housed in other parts of the country, sometimes as far away as Birmingham or even Manchester. Away from their jobs, schools and families. People like the women who have been sent to Boundary House in Welwyn Garden City. This article tells the story of a mother and her three children who were sent there by her local authority in London. It was supposed to just be for a few weeks, instead this family of four were left living out of one room for 18 months.

Where was the outrage? Yes, there has been some media coverage of the people at the sharp end of London's housing crisis but I have lost count of the amount of times I've heard people say things like 'Well I can't afford to live in central London, so why should they get to stay?'.

And this is the attitude that has been promoted by both the media and some politicians. A race to the bottom, where rather than empathy for people who are living in conditions most people couldn't even imagine, we shrug our shoulders and just think tough luck.

It shouldn't take a horrific and preventable fire for people to take notice. It shouldn't take the deaths of families for society to ask what has gone wrong. We should have been asking that a long time ago. Before communities were torn apart, before young mums were sent away from their support networks and housed in dingy damp bedsits with their babies.

That we didn't is a collective failure of our society. The Grenfell fire could have been avoided if only the residents' concerns had been listened to. They weren't because we live in a time where it is acceptable to ignore social housing tenants. Where it's ok to dismiss the poor as trouble makers who bring on their problems themselves. There are serious questions for the authorities to answer about this tragedy but equally there are difficult questions we all need to ask ourselves, primarily why we allowed this to happen.