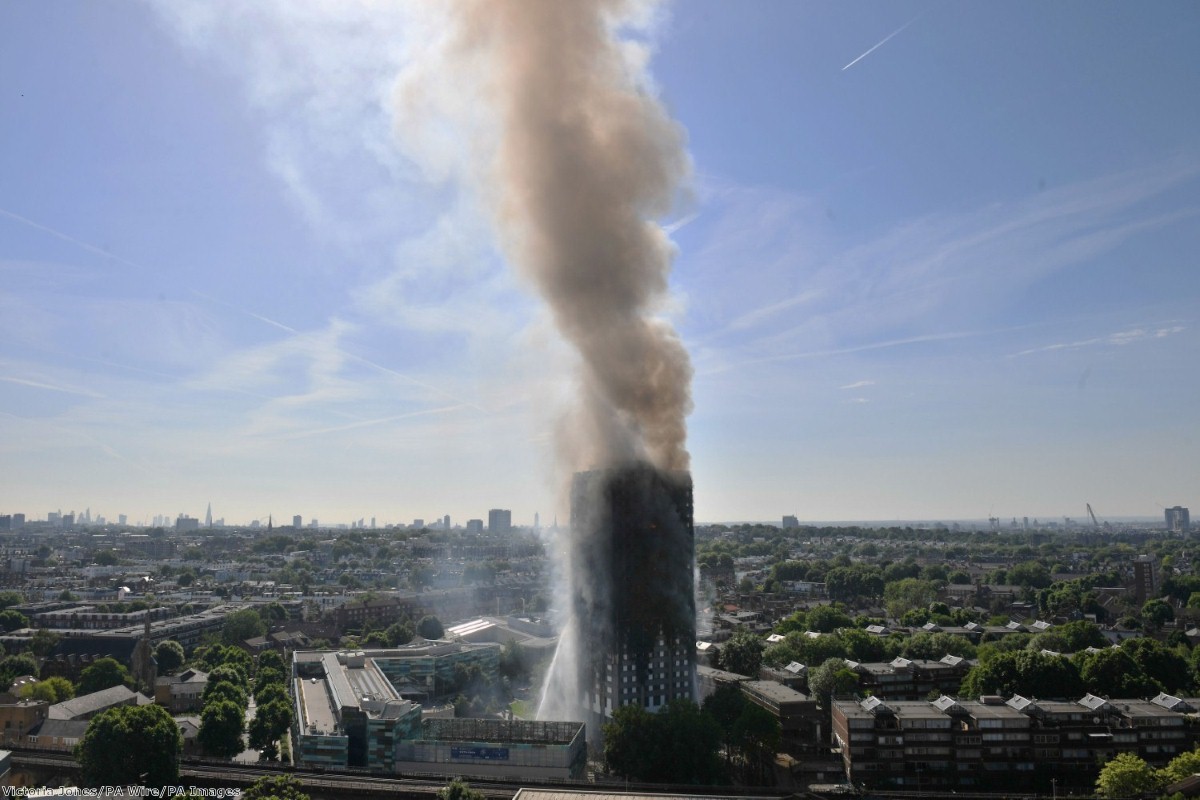 Yes, the Grenfell Tower fire is political – to suggest otherwise does the victims a disservice

"Don't politicise a tragedy", people said on twitter today, as others voiced their anger over the Grenfell Tower fire. It may be uncomfortable to hear but some tragedies are unavoidably political. From reports that the government delayed a review into fire safety regulations for tower blocks to the ignored concerns raised by residents, this is one of them.

If people are angry, they have a right to be. It isn't about scoring political points, it's about making sure that anyone responsible for not ensuring the safety of those families is held to account. People don't want to hear useless statements about learning lessons, they want justice.

You only have to listen to the interviews given by local residents on television today to realise just how political this is. One after another complained about the cladding put up on the outside of the building as part of a regeneration programme of the estate. Others spoke of the lack of fire drills. Some questioned why there were no sprinklers. All were stunned by the devastation they'd seen. All had questions about how this could happen.

In a statement this morning the Grenfell Action Group said:

"Regular readers of this blog will know that we have posted numerous warnings in recent years about the very poor fire safety standards at Grenfell Tower and elsewhere in RBKC [Royal Borough of Kensington and Chelsea].

It's not wrong to ask why they weren't listened to. Nor is it wrong to come to the conclusion that they were ignored because they were poor. Social housing tenants know all to well how often their concerns are dismissed. From damp to overcrowding to objections to the demolition of estates across London, residents know that they can fight and shout but that more often than not the authorities aren't interested.

We don't know yet what caused the fire or why it spread so quickly. But the general secretary of the Fire Brigades Union told Sky News this morning that it shouldn't be possible for a fire to develop in this way, saying that in a building such as Grenfell Tower it's expected that a fire would be contained in the room or flat of origin. That tragically didn't happen. Instead onlookers describe the flames licking up the building rapidly, trapping people inside.

For those lucky enough to escape, the question now will be where they are rehoused. We all know about the London housing crisis. We know that thousands of working class families have been shipped out of the capital to make way for luxury apartments. It is essential now that the residents of Grenfell Tower are provided with local and permanent accommodation and helped with the cost of replacing their lost possessions.

And it's essential that we all keep making this political. To do anything else would be a disservice to the victims and their families. They deserve justice and the only way to get that is to ask the questions politicians would rather not answer.