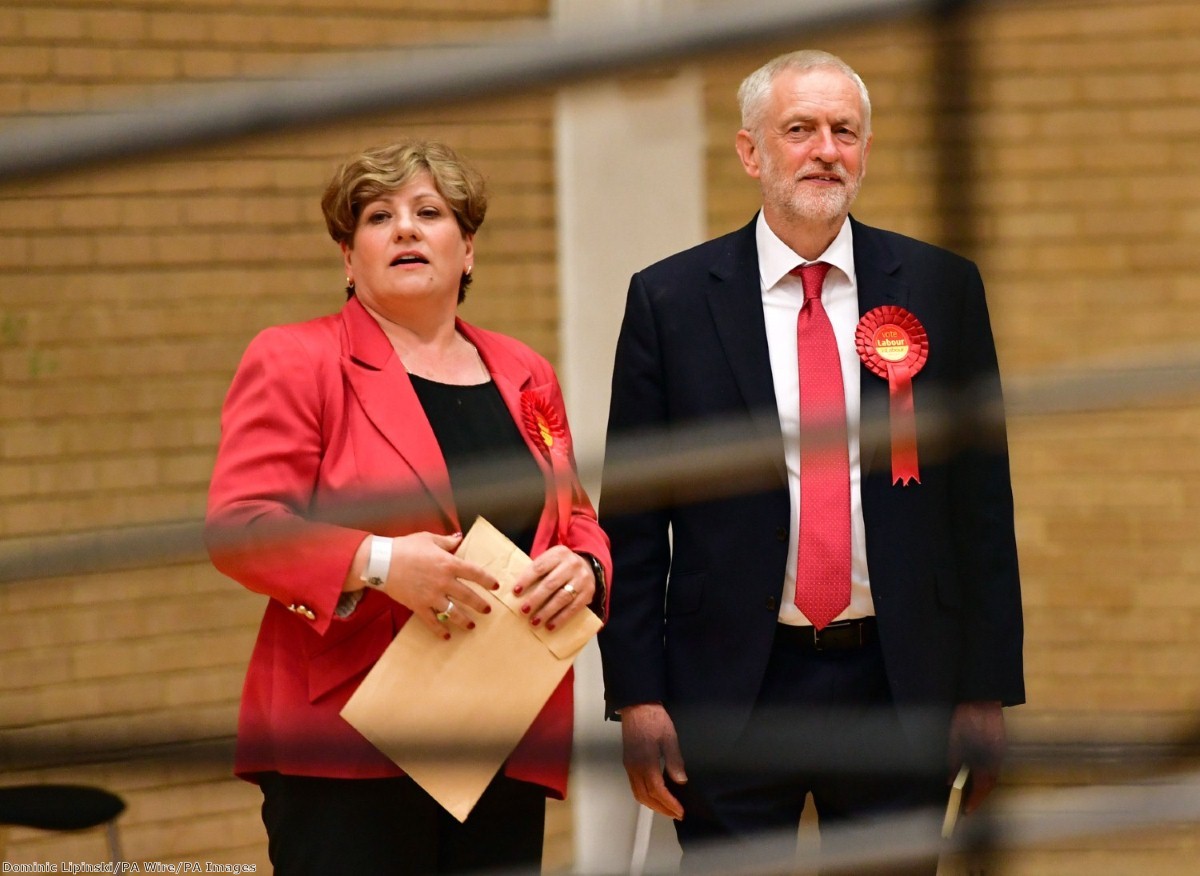 The fallout from last night will go on for months. Theresa May has gone from commanding to crumpled. The Conservative party's reaction to the loss of their parliamentary majority will be fascinating if uncomfortable and worrying for the process of Brexit. In the meantime Jeremy Corbyn, his team and the wider Labour party exceeded expectations.

When this election was called perfectly reasonable people believed that Labour could poll below 25%, they have hit 40. That's remarkable. Nonetheless, as I write Theresa May is announcing the formation of her new minority government backed by the DUP. Of course she's perfectly within her rights to do so as a May government, with those 10 DUP MPs voting with them, commands a working majority the same as they had before parliament was dissolved.

Labour excitement at a huge gain in vote share and modest gain in seats is justified but Labour satisfaction with a result 64 seats short of a majority is not.

While there will be a tremendous amount more to learn from this campaign in the coming days and weeks, it's worth taking a moment to, as the Bayesians say, update our priors. The following now seem like more solid truths than they were before:

By contrast, the following are shakier propositions:

There are also some major questions that remain unresolved:

I wrote yesterday that Labour had not solved its problems around trust on public spending and leadership, while immigration could return as an issue depending on how Brexit goes. An election loss means these are all still real issues. Labour was right to be prepared for an election this year and it should remain in a state of readiness as goodness knows what lies round the corner.

Finally, a note on the pollsters: YouGov and Survation emerge with the most credit. The former built a seat and vote share prediction model based on huge quantities of fieldwork (7000 interviews per week) plus the now-famous Multilevel Regression and Post-stratification (or MRP) that converted that data into seat-by- seat estimates. As the results came in last night, it was quickly apparent that the model was picking seat outcomes with uncanny accuracy, especially in England and Wales. MRP clearly has a future, although don't expect to see the standard newspaper voting intention poll using a sample of 7000 any time soon. Meanwhile Survation stuck to its guns on a final poll showing a 1-point Tory win in terms of vote share compared to the 2.4-point actual margin. It was the only pollster to pick Labour's share of 40% and it missed the Tories' by only a point. The next-best final poll with a standard methodology was YouGov's giving the Tories a 7-point win. The problem for the other pollsters seems to be that they were correcting for the errors of 2015 rather than measuring the race as it stood at the time. The challenge next time around will be not to replicate Survation and YouGov's methods, but to pick up on the most decisive factors for the next election. This is of course far from trivial.