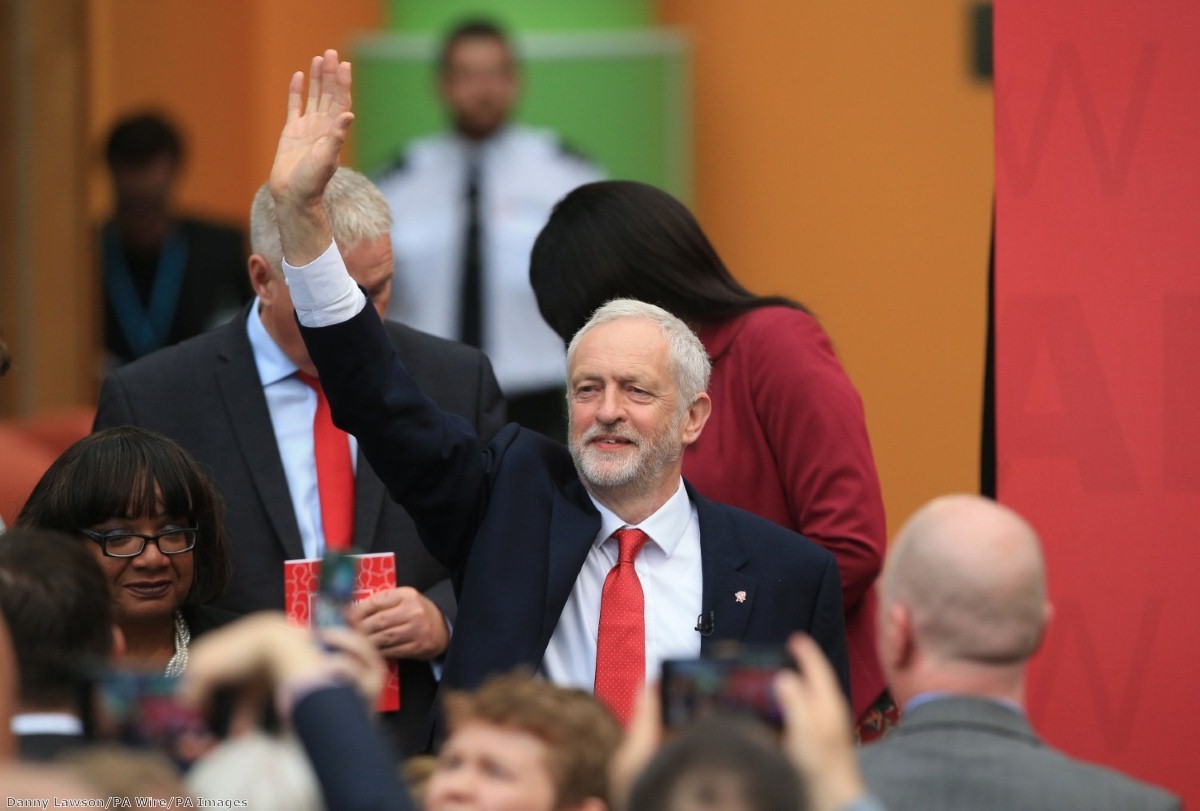 The Tories' dementia tax U-turn will be remembered as the story of this election, no matter what the outcome – but by the wretched standards of this campaign, it's small fry.

Theresa May only changed her mind once about the controversial social care charge, while absurdly claiming she hadn't. Meanwhile Labour has shifted its stance on the benefit freeze at least five times in half a month.

To recap, the benefit freeze means welfare payments won't rise in line with inflation until 2020 – squeezing the little spending power claimants have as the post-referendum fall in the pound drives inflation up.

There was surprise when Labour didn't even mention  the freeze in its manifesto. There was even more surprise when at the manifesto launch, Corbyn said that he would end the freeze – the first of four successive positions the party adopted on the policy that day, ending in a statement by Emily Thornberry that ending the freeze would cost too much.

There the matter lay until Jeremy Paxman brought it up in his televised interrogation of the Labour leader. Corbyn said – after much prevarication – that benefits "are not going to be frozen because they will be uprated every year as they should be".

Only for frontbench ally Barry Gardiner to 'clarify' hours later that Corbyn hadn't meant he would uprate all benefits, just some, costing £2bn a year.

Labour's press office takes the same line: "Labour will use our £10 billion pot [over five years] to reduce the impact on households with the lowest incomes by ending the benefits freeze."

The benefit freeze amounts to £3.3bn a year – although given that it runs until 2020, that could fit within Labour's £10bn pot.

But Labour has already committed the £10bn over five years to reducing the impact of cuts to universal credit, including the two-child limit with its attendant 'rape clause'.

And those cuts to universal credit amount to £7.8bn a year according to the IFS – £2bn a year barely scratches the surface. Diverting that money to mitigating the benefit freeze would mean less money to axe the two-child limit, for example.

There hasn't been a mess like it during a recent major-party election campaign.

And that's not the worst of it – Labour's manifesto has precisely nothing to say about the welfare cap, which has hit households with 200,000 children, and which Corbyn was propelled to the leadership by voting against in 2015. Nor is there any mention of council tax benefit cuts that have landed the lowest earners with unpayable debts across the country.

Why did this happen?

In theory, it's possible that this is old school triangulation – that Corbyn is trying to neutralise welfare as an issue by simply signing up to government cuts. But his clear desire to unravel his own manifesto in order to reverse them suggests not.

It could be that Labour simply couldn't find the money for it – but given the large spending commitments elsewhere in the manifesto, it's odd that Corbyn, who has always opposed benefit cuts, would allow himself to be outflanked on the issue by the Liberal Democrats.

Instead it looks like a blind spot. Jeremy Corbyn is an old middle class man. Shadow chancellor John McDonnell has a more working class background, but has been moving in political circles on good salaries for decades. Their advisers are mostly – if not entirely – men, some of them from wealthy backgrounds.

For a supposedly working class movement, it's all remarkably middle class. And very male.

The challenges of motherhood on a low income do not come naturally to these people. It's not that they support welfare cuts – they clearly don't. But when drawing up their manifesto, properly addressing the budgetary crises facing working class mothers simply wasn't a high priority. The fact the manifesto didn't even mention the welfare freeze would indicate they didn't even notice it – which is why the response has been so confused and contradictory ever since.

It's hard to imagine this happening in a party led by Angela Rayner or Rebecca Long-Bailey, two working class women in the shadow cabinet. The manifesto's childcare spending commitments were raised at Rayner's insistence.

Contrast all this with the approach to disability benefits. Disabled people have had a terrible deal from this government. At often great personal cost, they have pulled together effective organised campaigns that have broken through a media wall of silence to raise the profile of disability benefit cuts. Their campaign groups have managed to get through to the Labour leadership, having long had the sympathy of the Labour left that now dominates it.

Accordingly, Labour's manifesto makes significant commitments to undo much of the harm caused by the Tory and coalition governments (and the Labour government before them), including scrapping the hated disability benefit tests.

But what's clear is that in order to make headway with Labour, you have to be organised enough to pierce the homogenous culture at the top of the party. The campaign networks for low paid mothers do not compare with the disability campaigns. Hence a raft of government policies that have the biggest impact on those women have been left unaddressed.

Politicians by any other name

But what rankles most is that since the manifesto, Labour has made more spending commitments – for university students.

The Labour manifesto pledged to abolish all university tuition fees. Corbyn then announced that fees would be scrapped as early as this autumn. But on top of that, he told the NME that he would also look to retrospectively wipe out or reduce the student debt of people who'd already graduated under the £9,000 fee system.

This would be a burden on capital spending, and so wouldn't effect Labour's deficit costings, but there are other debts that could be more urgently wiped than those of students – particularly given that the biggest beneficiaries will be the highest earning graduates.

Light years away from Labour's manifesto and the Corbynite circle running the show, households have been burdened with council tax debts as a result of Tory cuts to council tax benefit. These debts pile up year on year – and the other benefits debtors receive are then docked to repay it. The Guardian reported last year that nearly 200,000 people were having their benefits docked to repay these debts. It's all a bit more urgent than retrospectively clearing student debt.

How aware of this Corbyn's inner circle are is anyone's guess – do local government figures get a hearing? Plenty of Corbynites talk about 'debt', but handed an opportunity to do something about it, they prefer to clear student debt than wipe the crisis debts of the poorest households. It suggests a middle class cabal that only takes action if an issue is dumped loudly and repeatedly on its desk. Which sounds a lot like politics as usual.

In any case, Labour has bet big on the student and youth vote. Digging into the ugly mess of council tax debt doesn't win headlines and doesn't buy votes. Corbyn is betting that clearing student debt does. It smacks of a grubby, cynical ploy that prioritises bussing middle class students to the polls over people with genuinely unpayable debts.

Maybe this would all be fixed in a Corbyn government. Maybe he's just holding fire during the election. Maybe he would suddenly ditch his manifesto deficit commitments and axe the benefit freeze. But there's nothing in the manifesto to say that he would, and all else is projection.

Or maybe it's all just 'good politics'. But that only counts as a compliment inside the Westminster bubble.