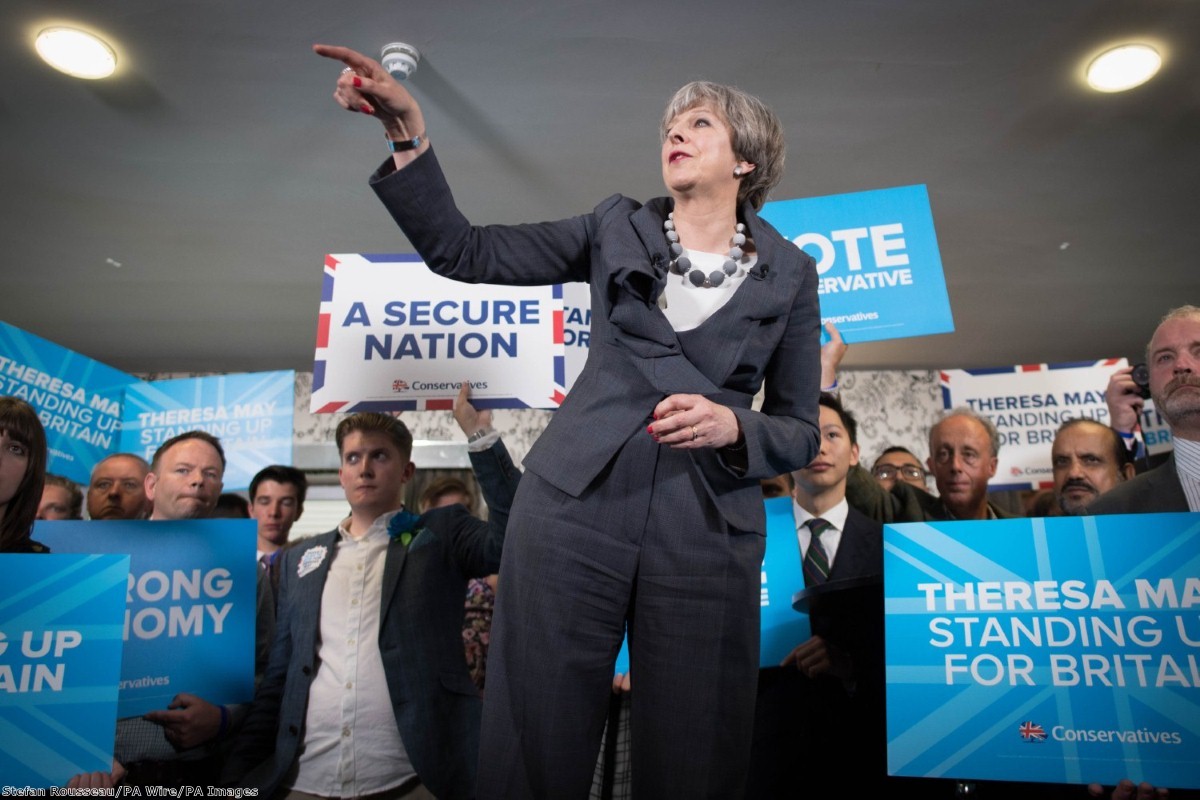 Of all the things Theresa May hates, and it's a long list, human rights law is at the forefront. The statement she issued yesterday in which she claimed she would "change the law" if human rights standards "got in the way" of security and counter-terrorism boils down to one thing: she is campaigning, once again, to repeal the Human Rights Act and withdraw from the European Convention on Human Rights (ECHR).

Since we must be "clear", let’s get one thing out of the way: human rights law does not get "in the way" of counter-terrorism efficiency at all. This is a myth that has too often be peddled by conservatives raging against international standards of protection. When it comes to terrorism and violence, the ECHR is not as restrictive or prohibitive as states make it out to be.

Terrorism, in itself, is a human rights violation. Efficient counter-terrorism and terrorism prevention are legal obligations resting upon states. This has been routinely affirmed by the last UN special rapporteur on human rights while countering terrorism, Ben Emmerson, amid claims that only emergency, derogations, suspension, or permanent restrictions could help the fight against terrorism. This is just not true. It's why Theresa May is struggling to find one instance in which the ECHR, or other relevant human rights treaties, have emerged as a roadblock against counter-terrorism.

What human rights law does is provide a framework inside which states must operate – and when this framework proves too narrow for a specific instance, it even allows for a temporary suspension. Article 15 of the ECHR permits derogation, in times of emergency, which is what France has done after the attacks in November 2015. A given state justifies a threat against the safety of the nation and informs the Strasbourg Court that it will derogate. Not all human rights can be derogating – regardless of the situation, the prohibition of torture remains absolute, for instance – but there is flexibility, provided the court can review the relevant cases.

Theresa May could work perfectly well within the ECHR if she needed to. She could ask parliament to enact powerful and efficient counter-terrorism legislation in a lawful manner, consistent with international standards. Instead, she is engaging in bellicose rhetoric against the entire body of protection. And she is exploiting the attacks on Westminster, Manchester and London Bridge to achieve her goal. In doing so, she may also affect the efficiency of counter-terrorism provisions.

Human rights advocates and lawyers were not born to fight counter-terror proposals. We are trying to establish a consensus on a legal framework that adapts to evolving responses – such as targeted killing – to restrict the ever-expanding hand of the state. We are interested in finding solutions which allow for certain actions to be taken legally where they are necessary.

But there is a limit. When some claimed that the policy of internment, as practiced in Northern Ireland, should perhaps be revisited for jihadists, the backlash was not as strong or as vocal as it should have been. Excessive, inhuman, unlawful, violent policies as enacted in Ulster have not provided a single degree of safety from the otherwise real threat of Irish Republican violence in Ulster or on the mainland. Our collective memory must indeed be really short if we can’t take the lessons of a peace agreement that has just turned 19.

May is neither pragmatic nor imaginative. She seems obsessed by the deportation of Abu Qatada, which she facilitated, after a long series of court cases, as home secretary. She seems to have interpreted the ECHR halt on the deportation to Jordan as a personal insult. She seems intent on removing an entire body of protection – including privacy, a right to family life, freedom of speech and religion – so she can continue to lead Britain not as a prime minister would, but as a home secretary. She wants to consolidate her power on an issue of security that she doesn't seem to fully grasp.

Human rights law does not get in the way of counter-terrorism. It assesses measures, reviews them, and provides a levy against excesses, that we have all experienced in the past three decades. Countering terrorism is long haul, endless work: grueling, grating, frustrating, operating with a margin of risk that is the loss of human life. Without human rights protections, we are all even more exposed.

Sarah Kay is an international human rights lawyer specialised in counter-terrorism and armed conflict. She currently works on evaluation and assessment of EU counter terrorism policies.