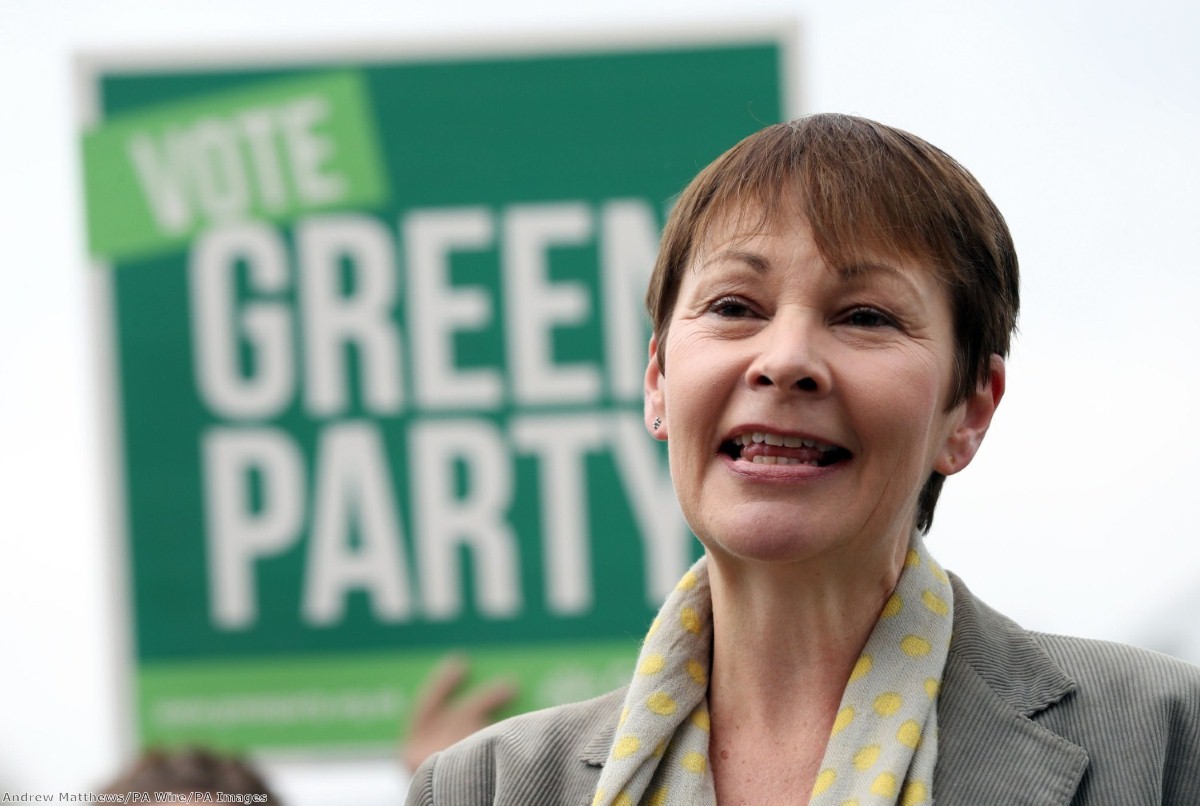 Talk of a progressive alliance has been making headlines since the snap election was announced, with local parties deciding not to field candidates from Surrey to Yorkshire. But in Lewes, East Sussex, things aren’t going so well. The story of how attempts at cooperation broke down and were then sullenly repaired offer an object lesson to progressives on the challenges of trying to formalise a cross-party electoral alliance.

Lewes, a marginal Conservative seat won from Liberal Democrat Norman Baker in 2015, was considered a prime candidate for a Green-Liberal Democrat alliance. At the last election, incumbent Maria Caulfield didn't take too many votes off other parties, with the Tories only gaining 805 votes. But a huge swing away from the Lib Dems towards Greens and Labour boosted her into Westminster.

There had been a lot of talk of other parties giving way this time around, so that Lib Dem candidate Kelly-Marie Blundell had a better chance. When the Lib Dems decided not to stand against Caroline Lucas in neighbouring Brighton Pavilion, it looked like they might enjoy Green support in Lewes in exchange.

Then the local Green party selected their candidate, with a lengthy explanation of why they were standing. On social media, locals responded swiftly to criticise the move. A war of words developed in which Lewes Greens called the decision to stand down in Pavilion "emotional blackmail" and said they would not reconsider unless the "opportunist" Liberal Democrats stood down in Isle of Wight.

It's a perfect example of the difficulties of a progressive alliance, which relies on quid-pro-quo arrangements and a sense of fair play between local parties. The local Green party clearly felt that the quid was not worth the quo of a Lib-Dem-free run for Caroline Lucas, whose seat is believed to be fairly safe.

Yesterday, with just two days to go before candidate nominations closed, (and six hours after Caroline Lucas said that the Greens would rule out further alliances) Lewes Green Party announced that they would not, in fact, field their candidate. Elections coordinator Antony Shuster said local people had called upon parties to work together, adding: "We met with the Chair of Lewes Lib Dems and were given an absolute assurance that the Lib Dems will not form a coalition with the Tories post-election."

What can progressives learn from this strange little election story?

The first problem with progressive alliances is a simple one: It's absurd to think that such an arrangement can ever be truly equal when no two constituencies are identical. Brighton Pavilion, for example, is unique in not only being the Greens' only seat, but also a safe seat for them. If the plan is to prevent as many Conservatives MPs as possible, Pavilion is not a big concern and the Liberal Democrats not a great threat. In comparison, Lewes is a true swing seat, where the Green vote may have had an impact on the result. It’s easy to see how any attempt to 'swap' votes between the two constituencies would be unequal from the outset and give rise to feelings of being hard done by from the smaller party. Shuster told Politics.co.uk that it simply wasn't reciprocal. For any alliance to succeed, local parties have to ignore these inequalities.

The second problem is with the idea of reciprocity itself. Ultimately, the aim of such an alliance is not to find new supporters, or to increase vote share for any one party participating. It’s simply to block a Conservative MP. The quest for equal arrangements is impossible, misses the point and threatens to undermine the entire arrangement.

At a branch level, particularly hot on the heels of local elections, it’s no wonder that parties have their eyes on constituency presence and vote-share rather than the corridors of Westminster. But as the pleas from local people in Lewes show, making decisions based on party interests rather than the desires of local progressives can easily backfire.

Providing that local parties can keep their eyes fixed on the goal of preventing Conservative gains and are prepared to sacrifice a few new votes locally, it’s possible to see alliance tactics working. But as Lewes demonstrates, that bigger picture is not always so easy to see, nor to deliver.

Emma Yeomans is a freelance journalist focused on politics, social justice and education. She tweets here.