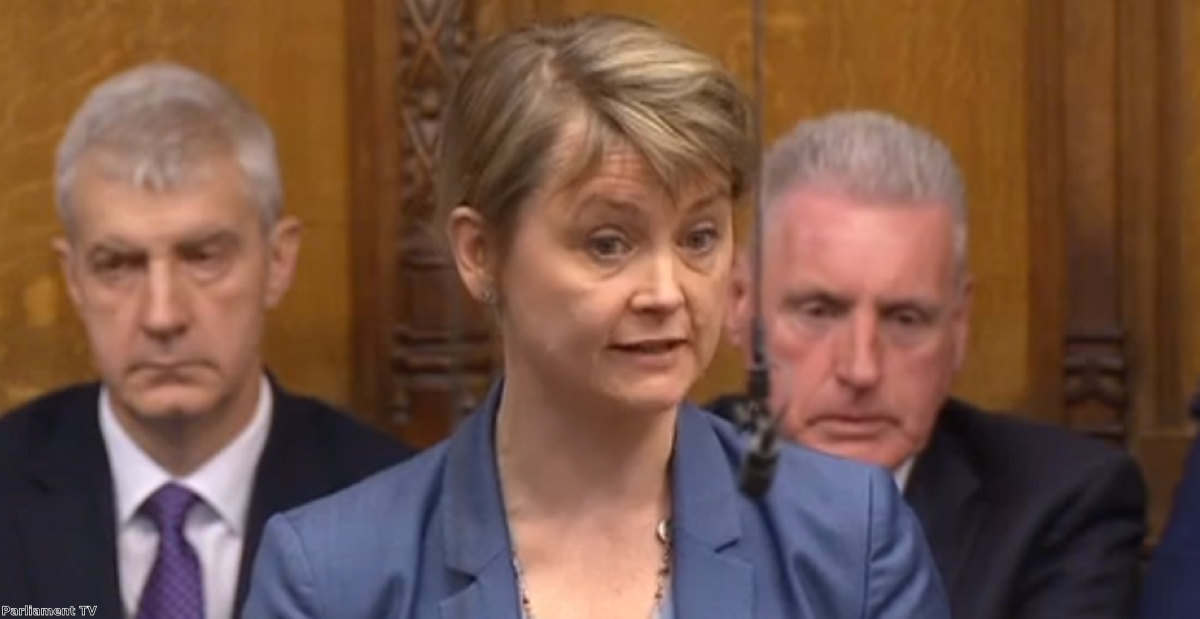 The 1970s Labour government may have been caught in the maelstrom of global economic chaos, but it did not lack for titans – Wilson, Callaghan, Healey, Benn, Castle, Jenkins, Foot, Crosland.

If the party was notorious for its divisions, it is only because its giants were divided – many with their own vision for the country, its economy and society, each clearly articulated but together too often conflicting.

Standards have long since slipped. History shall not record the precise contributions to national life of Stephen Byers and Patricia Hewitt, while Geoff Hoon might be grateful to history if it decides to forget his tenure as Defence Secretary.

Which brings us to the race to succeed Corbyn, whenever that unshakeable force is removed from its disintegrating object. The rapturous reception MPs and pundits gave to Yvette Cooper's sharp questioning of Theresa May at PMQs this week has led to fevered speculation she could become Labour leader after the election.

This ignores that nobody cares about the circus of PMQs outside the Westminster bubble.

It also ignores that Cooper, having demolished May's reasons for calling the election and questioned her honesty, went ahead and voted for a snap election anyway.

But more than anything else, it's a bit thin as the basis for such fervour. The public aren't terribly bothered about the reasons for the snap election. The same went for Cooper's recent attack on the government's u-turn on National Insurance – Westminster has not yet realised that the public doesn't much care about splits and u-turns as long as they're happy with the end result.

In fact, it's hard to point to many enduring legacies of Cooper – or many of her Labour contemporaries – in more than a decade on the political frontline. Tony Benn went to court to give up a peerage. Barbara Castle smashed glass ceilings, implemented lasting transport reforms, and tried to bring peace with the unions. Roy Jenkins helped liberalise society in the 1960s.

Of the current crop, Sir Keir Starmer and Dan Jarvis at least have notable records outside parliament. Cooper, Burnham, Kendall et al have few concrete achievements. David Miliband spent his time as Foreign Secretary trying to cover up Britain's role in torturing innocent people while doing a "bacon sandwich" with a banana.

Yvette Cooper is a composed, articulate, measured technocrat who exudes competence while delivering modest returns – not unlike Theresa May, but crucially with a much more opaque worldview. We know May is socially conservative, authoritarian on criminal justice and immigration, and prefers the village green to latte-sipping cafe culture. She may once have opposed Brexit but she is now exceedingly comfortable with it. Her economic agenda is less clear – she may turn out to be a Tory mirror of Blue Labour – but for now, voters get the gist.

After 20 years as an MP – the same stint as the prime minister – does anyone really know what Cooper stands for? "Fairness", no doubt, which is the motherhood and apple pie of British politics. "Equality of opportunity" and "social mobility"? It's a microwaved IPPR report from 2004. She would of course be a more popular Labour leader than Jeremy Corbyn – but there are fatbergs in the London sewers that would arguably be more popular Labour leaders than Jeremy Corbyn. And at least there's no doubt what Corbyn is selling.

When people complain about "professional politicians", they are talking about a generation of parliamentarians who struggle to assemble a showreel from more than a decade on the frontbenches. A better sales rep isn't much use with no sales pitch and nothing to sell.

NB: The New Statesman's Stephen Bush, the foremost Labour Kremlinologist, writes that Cooper might be elected unopposed by Labour MPs, locking out left-wing members. If the Corbynite camp believes that is likely. that might increase their motivation to keep him hanging on to the leadership whatever the general election result.