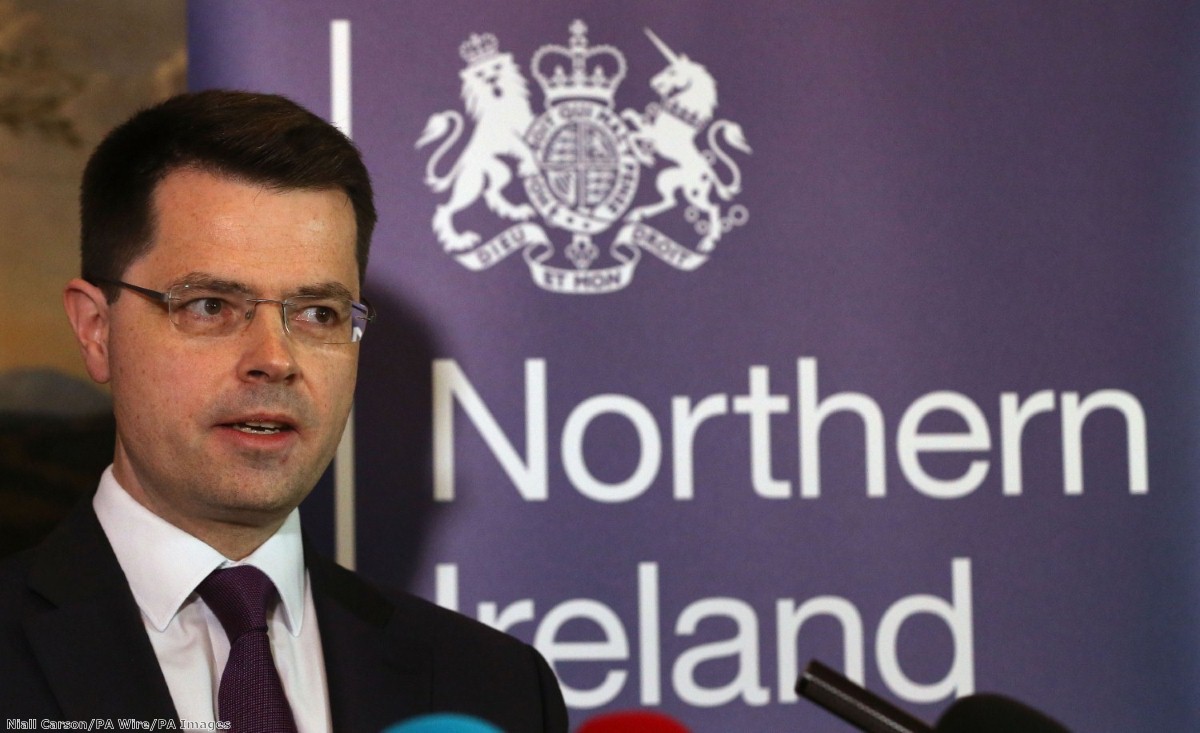 From the government's perspective, Northern Ireland couldn't have picked a worse time to lapse into one of its periodic political crises. Not only could ministers do without another major front to fight on while they open Brexit negotiations and face off against Nicola Sturgeon, but the Democratic Unionists are the Conservatives' most important parliamentary ally. Their eight MPs provide a substantial chunk of Theresa May's de facto working majority and a welcome pan-UK element to the Brexit cause.

Anything which might distract or destabilise the DUP will be of close concern to the government whips, who'll be relieved that Nigel Dodds urged the prime minister towards closer cooperation with his own party in parliament yesterday.

After the collapse of the previous Executive and snap elections earlier this month, the deadline for forming new government in Northern Ireland lapsed without agreement on Monday afternoon. James Brokenshire, the Northern Irish secretary, is now trying to find more time for Sinn Fein and the DUP to reach a solution.

But if he wants to give devolution its best shot at success, he must be prepared to get tough. He's made a good start by threatening, in the face of blustering from some of the nationalists, to introduce direct rule in the event that no Executive is formed, rather than holding endless elections. Such a move will add essential democratic oversight to the civil service auto-pilot which has been running the province since yesterday.

Yet this may not be sufficient. Dodds, the DUP's Westminster leader, has suggested that Sinn Fein "have now decided that the time for devolution is over". This might be an exaggeration but it does seem to be true that, as some prescient commentators suggested, Martin McGuinness' death has ushered in a new and less committed approach to the devolved institutions on the part of his successors.

And even though there's not yet much evidence that Brexit is actually pushing Northern Ireland towards breaking the Union – which isn't too surprising, given its overwhelming reliance on trade with, and subsidies from, Great Britain – it's not hard to see why Sinn Fein might welcome being absolved of governmental responsibility for the next few years.

Like David Cameron, Theresa May seems to recognise that the best way to discourage crises like this is to try to make sure that local parties don't profit from precipitating them. That's why David Cameron refused to fly out to Belfast every time Stormont got into trouble, he recognised that lavishing attention and concessions on troublemakers only created incentives for more troublemaking.

Brokenshire's apparently much greater willingness to countenance direct rule is what we might expect from this government, which is proving much more muscularly unionist than Cameron's or any other in recent memory. But he must make sure that those who feel they might have something to gain from stalling a deal feel the sting too.

Belfast Telegraph readers may have the solution. They overwhelmingly support halting members of the Legislative Assembly's salaries in the event of direct rule. Or perhaps Brokenshire could float some ideas about reforming Stormont's dysfunctional setup to dilute the power of the big two.

There are limits to how far the secretary of state can or should go to keep the Stormont circus on the road. The first priority must be making sure that Northern Ireland is competently governed, and direct rule will only enhance the government's existing responsibility to make Brexit work for Northern Ireland, something which May acknowledged and reiterated during PMQs yesterday.

But if the government wants to save the Assembly, it must make very clear that it is quite prepared to see it suspended and that MLAs will really miss it when it's gone.

Henry Hill is a freelance journalist, speechwriter, and assistant editor of ConservativeHome, where he covers the Home Nations. You can follow him on Twitter here.