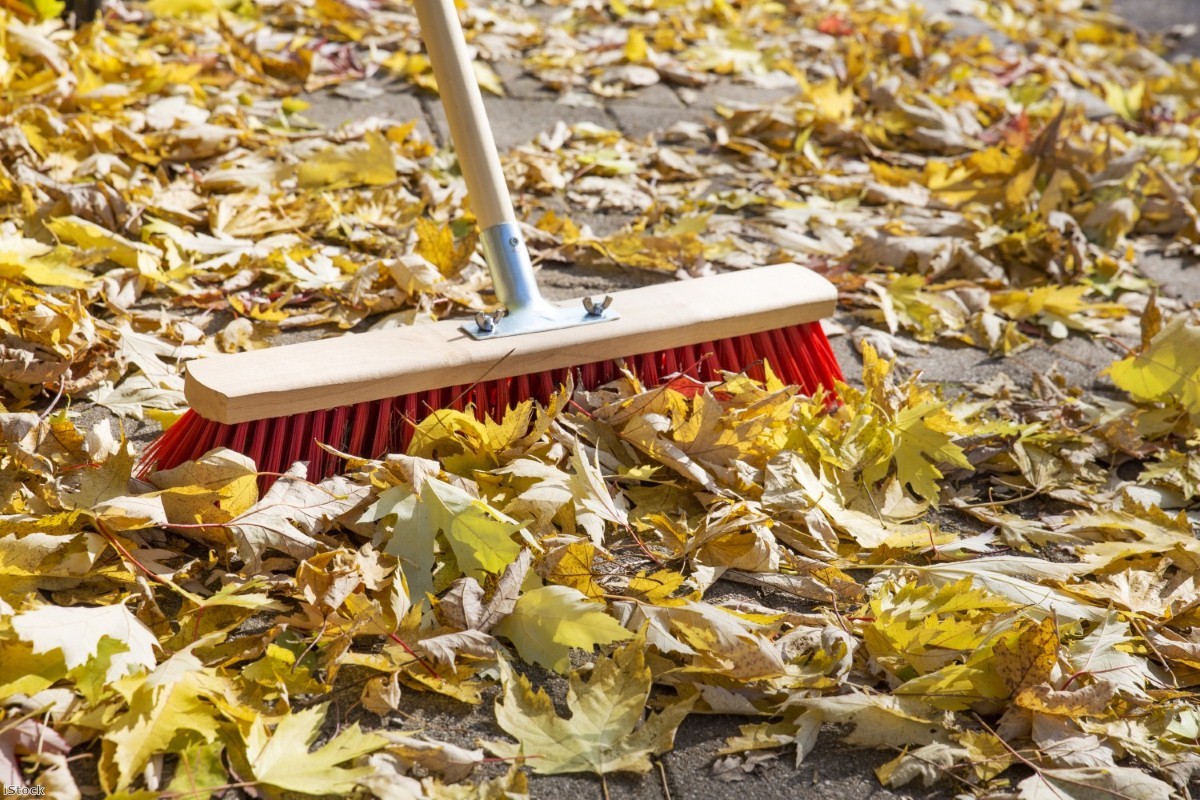 The busybody state: when it’s a crime to sweep up leaves

Two elderly ladies in Birmingham have been threatened with fines for sweeping up leaves. They did this because the leaves were a slip hazard – one of them had already fallen over. They left the leaves neatly in bags and tried to arrange for the the council to collect them. But rather than collect them, council officers slapped the bags with 'illegally dumped garden waste' stickers and threatened 'action'.

This is not the first case of this kind. Other people have been fined for putting swept up leaves in their recycling bins. Another man in southern England was told he had to pay for the leaves to be collected, after he and other residents had cleaned their estate for it to look 'spick and span' for Christmas (if he put the leaves back on the road, he was told, he would be fined for fly tipping).

The maintaining of the street outside your house is one of those traditional, community-spirited things to do, which has rather fallen away. I am always struck with admiration when I see the elderly lady opposite sweeping up her pavement or pulling out stray weeds from the cracks. This is not something that my generation does. Yet community-spirited actions increasingly come into conflict with official rules. The communal space has become something solely occupied by the official actor.

So, it is only for the public authority to sweep up – or fail to sweep up – leaves on the pavement. Any citizen's action into the public realm appears as a violation and a disruption of bureaucratic order. Spontaneous public action messes up the categories: they put the leaves in the wrong box, in the wrong place, or in the wrong bags. The state cannot appear to manage the interrelations with public action, even though people who have been sweeping up leaves say that they have been doing it for 30 years, and the council never used to have a problem with picking up the bags. It's not that complicated to pick up a bag.

In other ways, too, the public domain is becoming something solely occupied by officialdom. Many of our ordinary responsibilities in public life – disciplining children, for example, or looking out for them – have become monopolised by official parties. People are encouraged to call the council's 'anti-social behaviour hotline' if they witness local young people behaving badly. They are supposed to keep an 'anti-social behaviour diary', including photos, times and dates of incidents, which will be submitted to council officers. If the behaviour continues (which it may do, since no-one is telling them to stop) the child could be issued with an 'anti-social behaviour contract', including agreements such as 'I must not throw things at people' or 'I must not climb on roofs', and with specified punishments for violations.

The citizen is disempowered, kept behind his curtains observing and keeping records on what is going on in the street outside. People used to 'have words' with a wayward child: words would tell them they had gone too far, to get back in line, to have some respect. Words had a power because they represented the ordinary rules of a community, the force of adult authority, which says you do not throw things at people or swear at elderly ladies or climb on roofs. The most ordinary rules of conduct now instead have to be written down and issued as a formal order. The London borough of Croydon considered a law banning 'rowdy and/or inconsiderate behaviour', while several other councils have banned swearing or shouting in public. When a council bans 'inconsiderate' behaviour then we know that informal public civility has been completely supplanted by the official code.

The same formalisation has occurred with acts of helping children. Several adults who have assisted children in trouble have found themselves disciplined for the unsolicited and unscripted action. One woman helped a boy who was stuck in a tree, but was then reported to the police by the school for the offence of trespassing. The school's policy stated that staff should not help children down from trees, but instead should 'observe from a distance so the child does not get distracted and fall'. The 'policy' is really enforced impotence, a suppression of the natural thing that any person would do in that situation. It means that an ordinary incident of a child stuck up a tree cannot be resolved by the several competent adults around, but must end with the drama of authorised personnel – fire engines, police, and whatnot.

One result of all this is that it becomes increasingly hard to tell off a badly behaved child or intervene to stop someone being beaten up. Even saying a word to a child could get a violent response either from the parents or the child themselves. The spontaneous intervention is experienced as a violation: 'Who are you to tell me off?' 'Who are you to get involved in my fight?' The people who now intervene are not seen as ordinary citizens, but as a special category of reckless if admirable person, so-called 'have-a-go-heroes'. Police warn people against trying to be a have-a-go-hero. Have-a-go heroes are not people you know, they are people you read about on the news or watch on YouTube. They do not behave in the way other people behave. This is why 'have-a-go-heroes' do in fact often get stabbed or attacked: their intervention is seen as abnormal, unexpected and illegitimate. And it has been made illegitimate by the official takeover of the public realm.

In place of the citizen, there has been a boom in faceless, nondescript council wardens and private security guards, bearing fine slips and vague powers, stepping into our shoes. The citizen's capacity for action is outsourced to any chancer bearing some form of official title or badge, who issues fines and orders or quotes policies.

We must take back the public realm. Tell children off, help them down from trees, sweep up leaves. We must keep doing these things or else our relation to our fellow citizen will be reduced to nothing more than a piece of paper.