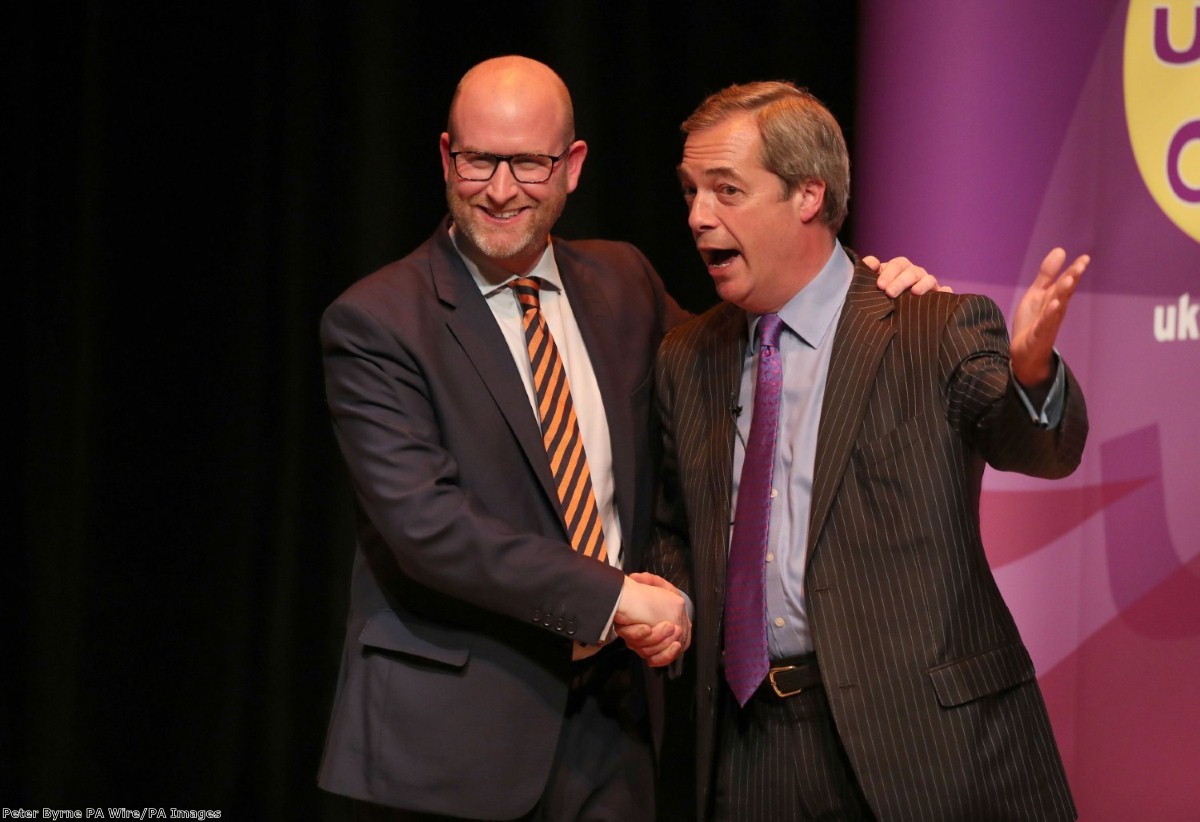 The resignations of two Ukip officials over the fallout from Paul Nuttall's false Hillsborough claims could hardly have come at a worse time for the party. Already on the back foot after days of controversy and an embarrassing apology from their leader, the fiasco could quite possibly wreck any chance the party had of winning the Stoke byelection later this week.

The situation is damaging not only because it raises serious questions about Nutttall himself but because it also reveals the true colours of those at the top of the party. First there were comments made by Arron Banks on Twitter when he said he was "sick to death" of hearing about Hillsborough. This was followed by a very telling moment when Nigel Farage was asked about the situation by Channel 4's Fatima Manji. The former Ukip leader refused to condemn Banks' comments – hardly surprising as Banks is a party donor and also threw large sums of money at the Leave campaign – but he was also very dismissive of the families of the Hillsborough victims.

When Manji told Farage that the mother of one of the people killed at Hillsborough believes that Nuttall should resign, he simply replied: "Does she?". When Manji followed up by mentioning comments made by the leading Hillsborough campaigner Margaret Aspinal, Farage talked over her saying,"I'm sure, I'm sure. Yeah, yeah, yeah".

Here's my interview with Nigel Farage and attempt to chase Paul Nuttall at UKIP conf to answer Q's on #Hillsborough https://t.co/9NFPfxp6SX

There was not one moment of contrition from Farage, not one second of looking as if he cared in the slightest about what the victims' families felt about all this. All he cared about was the impact it was having on his party.

In recent years, Ukip have claimed to speak for the working class. They've been sticking it to the establishment and standing up for the 'left behind'. But you only need to look at how they have handled this Hillsborough situation to see how phoney their rhetoric is. The Hillsborough disaster is an incredibly important issue to the working class not only because of the tragic loss of lives but also because of how the families were treated afterwards.

The likes of Farage and Banks are always banging on about how out of touch the liberal elite is with 'real people' but for them to not understand how much of a big deal this is for many working class people shows just how little insight they have into the lives of those they claim to speak for.

We shouldn't be surprised. Almost all the key figures within the party were Conservatives before they were Ukip members – hardly the natural fit for those with a burning desire to help the working class. Farage quit the Tory party over the signing of the Maastricht treaty. Thatcher's treatment of the miners didn't put him off, nor did the poll tax, it was Europe that he cared about. Then there's Banks, who only joined Ukip a few years ago and was previously a Conservative party donor and supporter. Even Paul Nuttall started out as a Conservative member before switching to Ukip a couple of years later.

This is not a party of or for the working class. They are a bunch of chancers who will do and say anything to win votes. Paul Nuttall may call the controversy over the Hillsborough claims an ugly smear but what's truly ugly is how he and his party have tried to use the working class for their own political gain.