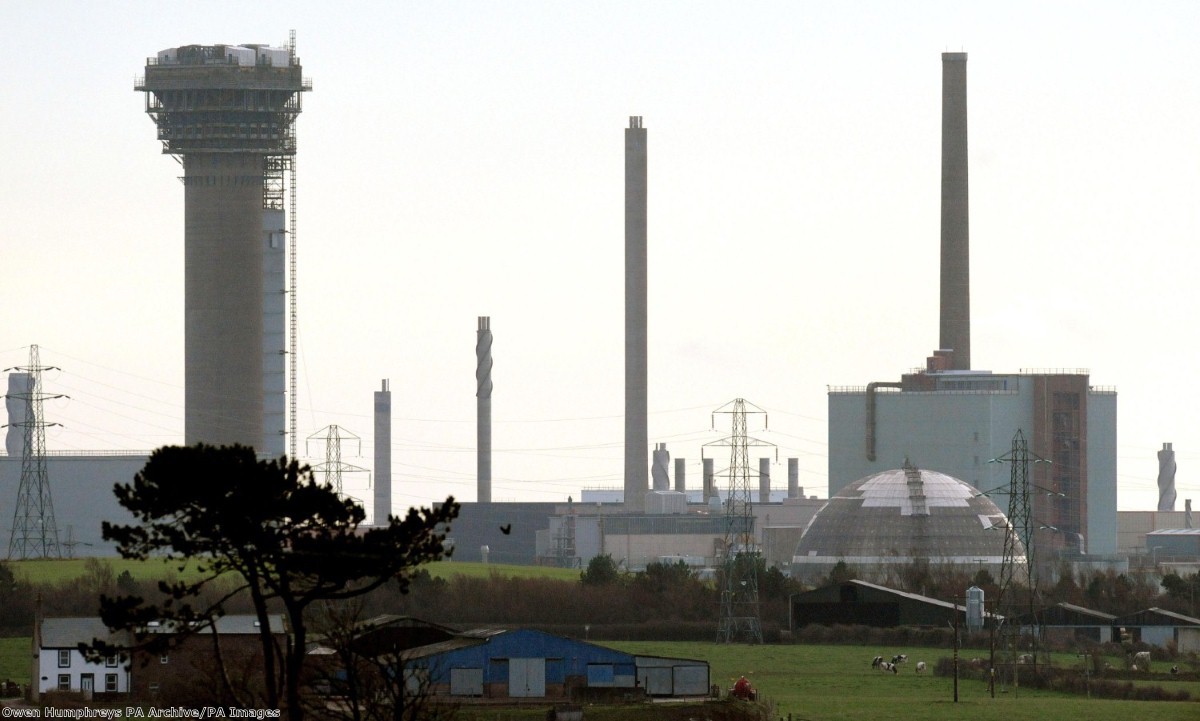 Tories threatened by their own nuclear meltdown in Copeland

Since the Copeland byelection was called, speculation has been rife about the damage Jeremy Corbyn's nuclear stance could do to Labour's chances. But while the Tories have been quick to exploit this, they have been much slower to wake up to their own nuclear problem. And it's one which has the potential to swing the outcome of next month's vote.

The Sellafield nuclear site employs around 10,000 people in the Copeland area, with many more in the supply chain. A union member working at the site says you would need to multiply that number three or four times to get a good idea of the number of local people directly linked to it so it's little wonder that nuclear is expected to play a major role in the byelection.

Throughout the campaign there have been concerns within the  local Labour party and among some union members that Corbyn's views on nuclear could have an impact. But a far more pressing concern for many of the workers on site is the ongoing dispute with the government over their pensions.

Unions say that changes to the workers' final salary pension scheme, which have been proposed by the Nuclear Decommissioning Authority (NDA), could see pensions slashed by thousands of pounds. After a meeting with government ministers yesterday, unions announced that a planned strike ballot would be put on hold while talks continue. But the issue has by no means gone away.

"The attack on our pensions will affect everyone employed at Sellafield," says the Prospect union branch secretary Steve Nicholson. "Over the next few weeks Prospect, GMB and Unite unions will be holding 'Mass Pension Briefs' to outline the government's proposals and how it will impact on people’s pensions and their future."

According to Prospect branch president Peter Clements, the pensions issue is a far bigger concern to workers than the upcoming byelection. But people in the area say that a Labour focus on the dispute could give people a reason to go out and vote.

"We will be lobbying the prospective candidates from all parties on this and their responses may well sway the workforce," Clements says.

Either way, Labour will have its work cut out. The Tories are currently favourites to win the seat and there is anger among some of the local people about Jamie Reed's resignation. One person complained that there is already an "automatic response" to emails being sent to him, even though the next MP has not yet been selected. Some locals also speak of in-fighting within the local party.

"There was a split between those who support Jamie Reed and those who don't," one source says. "Although his resignation made lots of national headlines, many people in the CLP [constituency Labour party] weren't really bothered."

Reed's majority has declined significantly since he was first elected in 2005, falling to just 2,564 in 2015. And the Brexit problems the party faces nationally are as present here as anywhere else.

Given this, you might expect Conservative party members to be feeling more than a little bullish, but behind the scenes that doesn't seem to be the case. One Tory activist spoke hesitantly of the feedback on the doorstep being "pretty positive" and described their support as "mostly holding up". Not really the words of someone confident of a win. And while they didn't believe the pensions dispute was a serious problem for the party, they did admit that the issue has started to come up, saying that it's something their candidate Trudy Harrison will need to address.

With an election campaign focused on the Sellafield dispute and also the NHS (the local hospital is a big issue in the area) there's every chance that Labour could still be in the running. The party's candidate, Gillian Troughton, seems popular with everybody Politics.co.uk speaks to. She's local, pro-nuclear and is a former NHS doctor. But, as ever with local elections, turnout will be key.

Labour candidate Gillian Troughton with members of the Prospect, GMB and Unite unions.

"There's a chance here for Labour," said Chris Jukes, the regional officer for the GMB union. "Pensions are just deferred pay and that pay could now be cut. Unless there's a big change, this issue could erode Tory support. If Labour focuses on this, it could make a big difference to turnout and the overall vote."

Senior sources within the Labour party say they intend to "go hard" on the issue. Corbyn has reportedly told local members he will back plans to develop nuclear energy plants, and shadow business secretary Clive Lewis recently spoke out in support of the workers at Sellafield.

"The Tories need to stop treating pension funds as a cash cow," Lewis told Politics.co.uk this week. "They've already raided the pensions of Sellafield workers once, and now they're coming back for a second bite of the cherry, on the entirely spurious grounds that they fall under the government's public sector pension reform. Only Labour will stick up for working people, now and through retirement."

But the Tories are quick to point to their investment in the nuclear industry.

"This government is the first one in a generation to invest in the future of the nuclear industry," a Conservative party spokesperson said. "We are funding plants like Moorside and maintaining funding at some £3 billion a year.  Workers' pensions will remain safe and protected while still being more generous than most private sector workers will ever receive."

Whatever the result of next month's vote in Copeland, it's clear that Sellafield will play a vital role in the outcome. So far the story has been one of Labour weakness on nuclear, but the Tories have their own vulnerability.