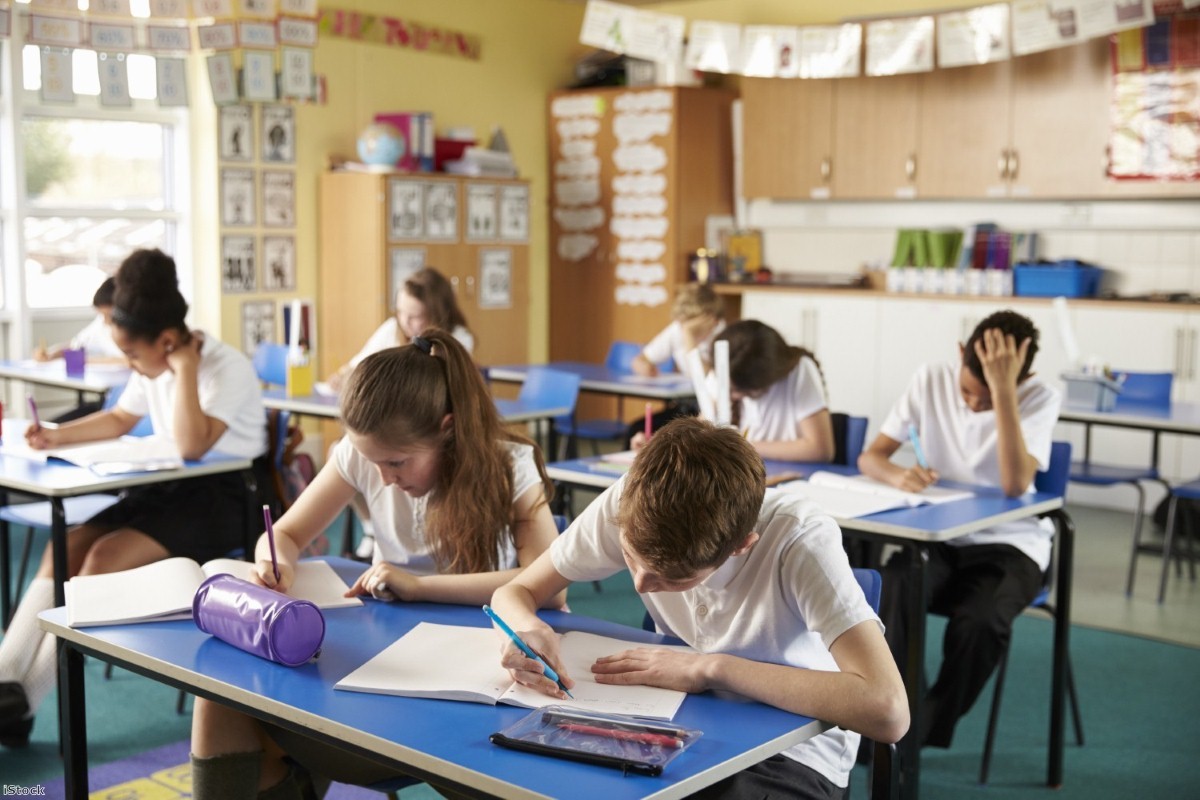 Justine Greening’s ‘fair funding formula’ will be devastating for schools

"More schools are worse-off than better-off [in my constituency]. I don't get this and I don't think it's particularly fair." This was a quote from Huw Merriman, Conservative MP for Bexhill and Battle and a previously loyal backbencher.

He is just one of a clutch of Conservative backbenchers who have broken cover to give their verdict on education secretary Justine Greening's new 'fair funding formula' for schools. They have variously described it as "unacceptable", "random" and "unfair". And they are not alone.

Six organisations representing teachers, head teachers and support staff are deeply concerned about the impact of the funding formula on our schools. They have found that 98% of schools in England will be worse off through the new formula and now face huge cuts.

This is from a government which promised in their 2015 general election manifesto that "the amount of money following your child into school will be protected". Looks a bit sick now, that manifesto pledge, doesn't it?

And there's more. At the end of last year, the National Audit Office announced that the schools budget would be cut by a staggering eight per cent by 2020. It found that the Department for Education wants schools to make £3 billion cuts in their budgets. The independent Institute for Fiscal Studies is one of many other expert bodies which agree.

The government's new funding formula is not fair. Nor will it give our schools the money they need to deliver the best possible education for every child.

Tory backbenchers, teaching organisations and independent bodies are all warning about the impact the looming cuts will have on the quality of education provided in our schools. This is against a backdrop of the majority of schools already 'overspending' to cope with increasing pupil numbers and rising costs.

Our schools system is approaching breaking point. Individual head teachers are already telling me that they are having to lay off dozens of staff, including vital mental health support staff and teaching assistants. They fear that teachers will be next for redundancy.

Fewer staff means that classes, which are already too big, will become even more overcrowded. And there will be less time and less space for teachers to devote to meeting the individual needs of children. Many schools already acknowledge that they will have to scrap some courses to try and make ends meet. This will directly limit the opportunities available to a generation of children.

Losing support staff, particularly those who help pupils struggling with mental health issues, is unforgivable when the prime minister is offering platitudes about improving mental health treatment for our young people.

Head teachers all over the country are grappling with the figures and scratching their heads about what to do. They are desperately trying to make sense of what it means for them, for the children in their care and for their loyal staff who are working hard to provide the best education possible. Meanwhile Justine Greening turns a deaf ear and refuses to listen to the clarion calls to think again.

Instead she wastes millions on creating new grammar schools which will favour a tiny minority of better-off children, while the vast majority face cuts in the classroom.

I would encourage everyone who cares about the future of our children to check out the excellent website www.schoolcuts.org.uk to see what the cuts mean for schools in their neighbourhood. I hope they will also sign the petition to the chancellor which calls for additional funding for schools in his Budget statement on March 8th.

You can tweet about it on social media using the hashtag #schoolcuts and make your views known in the Department for Education consultation on the NFF by calling for additional funding for your school. The deadline for responding to the consultation is March 22nd.

We all now have a fight on our hands to make sure that every child gets the best education possible.

Angela Rayner is the shadow secretary of state for education.