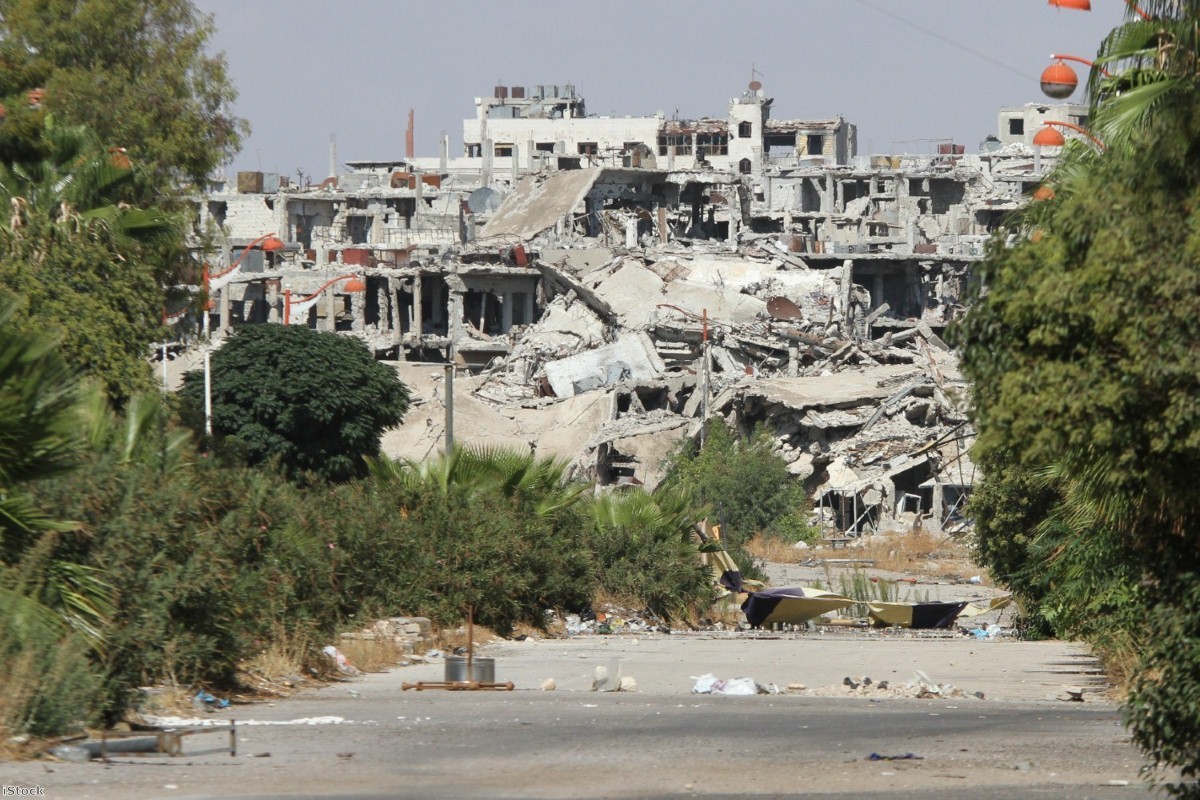 The fall of Aleppo brought a cacophony of recriminations against those who opposed military action against President Assad in 2013. There was a sense of catharsis as interventionists, who for years have been made to bear the cross of Iraq on their backs, found themselves able to return the condemnation.

The 2013 parliamentary motion was a limited one, focused on deterring the use of chemical weapons after a gas attack by Assad's forces. It specifically ruled out wider engagement or regime change. Part of the reason the motion fell was the lack of clarity over strategy. Was this just going to be lobbing over a few missiles? Where was the broader plan?

Despite the West's abandonment of military action, Syria soon agreed to give up its chemical weapons arsenal – but has since reportedly engaged in further, if smaller, chemical attacks. But these were not why Aleppo fell, Russian engagement and the targeting of civilian areas with aerial bombardment were instead the key.

So how else might the West have intervened to prevent this? A no-fly zone was favoured by the British government but not the Obama administration. Such a move would have stopped the air war, but not the ground war.

Perhaps the mistake was not to intervene earlier, when the rebel movement was still "secular" and Assad was on the ropes. The West might have tried toppling Assad in 2011 – had it not been busy toppling Colonel Gadaffi in Libya. That would be the Libya that is itself now immersed in civil war as a result.

This is not a pro-war diatribe or an anti-war screed. The point is that the world is far messier than that.

The West invaded Afghanistan, Iraq and Libya, with all three ending up in civil war. It eventually launched air strikes in Syria, but the civil war has raged on regardless. It meddled in Egypt to restore an oppressive dictatorship, worked through proxies in Yemen who then inflamed the civil war there, and sat and watched genocide engulf Rwanda.

Seven countries. Seven Western responses. Seven disasters. Some of these, such as Iraq, were wholly self-inflicted in pursuit of rabid self-interest. Others were the result of trying to resolve a crisis where morality and emotion seemed to demand a response. Rwanda was the result of calculated cowardice.

But that's not the point. When we judge these various disasters in isolation, or from a particular analytical bent – realpolitik, economic imperialism, liberal interventionism – we miss the most important lesson of all.

That is why unrest along these identity-based lines can catch like wildfire – they inflame deeply held passions, and provoke sharp reactions from others who perceive an attack on one as an attack on all who share that identity, spreading the unrest. Even when the roots of a conflict are economic, they invariably play out on these identity fault lines. Like Newton's third law, an oppressive action along these fault lines brings an equal and opposite reaction. Violence and chaos ensue.

Amid all this, what is the West? What is any outside power – China, Russia, the African Union, the Arab League? Once blood has been spilt, blood is demanded in revenge – we are a species and that is how we function. In the West we are not above this – decades of violence in Northern Ireland, or brutality by under-fire Western troops in Vietnam and Iraq testify to that. "Violence begets violence" is a cliché. Clichés become clichés because they are true.

When grievances or bigotry erupt into violence, that brings a violent response, which in turn provokes a violent reaction – and then the course is set. No form of "intervention" or non-intervention can then stop the violence. It will simply play out. The "blood price" of the conflict will be paid in human life. If outsiders wade in, that provokes a reaction on national identity lines. The conflict only ends one of two ways – either the conflict drags on for so long that all sides become exhausted and agree to talk (Northern Ireland), or one side completely overwhelms the other, often while committing flagrant atrocities (Sri Lanka). Putin's goal in Syria is clearly the latter – whether he can achieve it for Assad is far from guaranteed.

But what of the high points of Western intervention – the first Gulf War, the (criminally delayed) military response in Bosnia, the Kosovo war? They are not exceptions to the rule; they simply occurred in a context when comparative unity among the major military powers convinced first Saddam Hussein, and then Slobodan Milosevic, that unless they gave in they would lose everything – the threat of being overwhelmed forced them to surrender and salvage what they could.

And yet even that didn't end the story. Saddam proceeded to wage war on Shia Muslims before maintaining his iron-fisted rule until he was toppled. Bosnia and Kosovo remain divided on ethnic lines – the violence has gone, but the grievances remain. One day they may boil over again.

In a world where the end of the Cold War once promised a bright future, where we are used to treating fundamental rights as a non-negotiable and can see on our televisions and social media feeds when atrocities are carried out abroad, the instinct is to "do something", or demand that something is done in our name. It is preferable to signifying powerlessness in the face of inhumanity.

And intervention can achieve specific, narrow aims. The proposed action in 2013 perhaps would have deterred further use of chemical weapons. A no-fly zone could have drawn a valuable line in the sand against Russian meddling. But they wouldn't have resolved the conflict. They wouldn't have stopped the killing, or ended the war.

All our sound and fury is just a pretence at power in a world that won't stop to spare our feelings. The time to stop a conflict is before it starts – when it is still smouldering as a grievance, or an oppression, or a hateful ideology. Once it catches fire, the flames will do as they will.