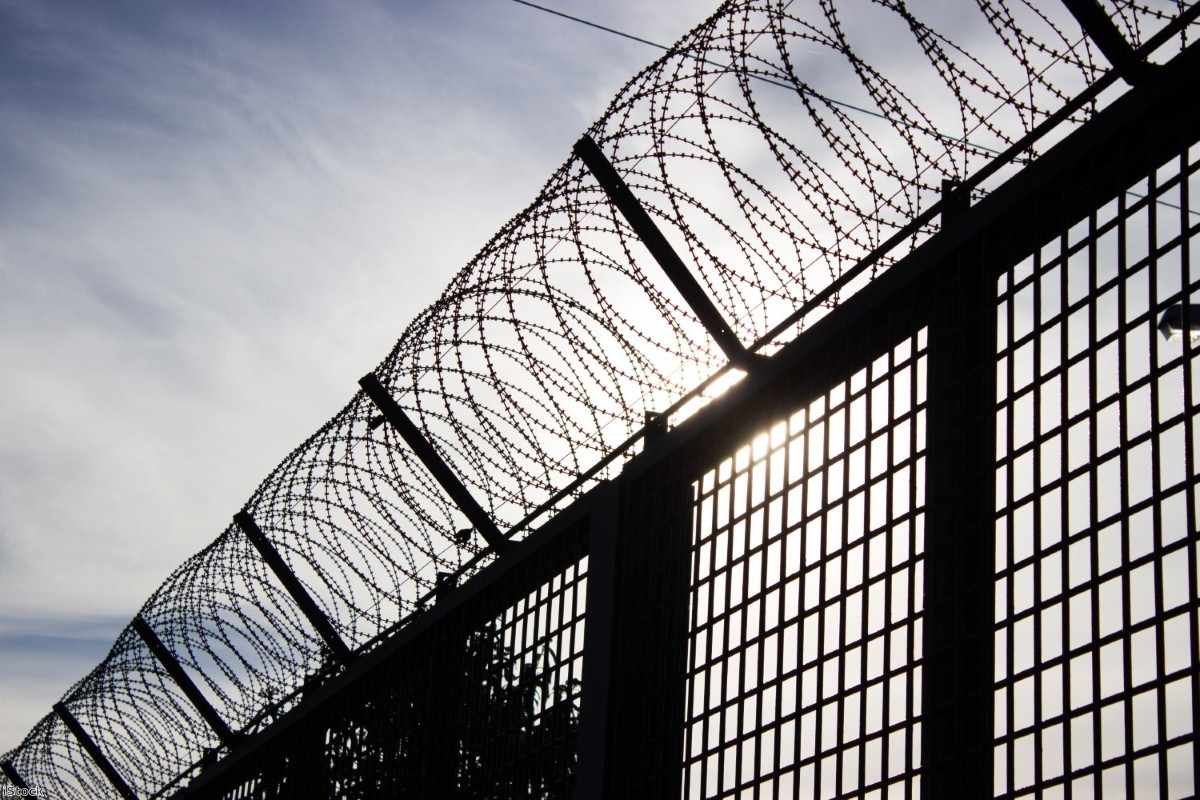 The Spice epidemic in jails is a product of government policy

The justice secretary stood in the House of Commons this week and announced: "I was at HMP Pentonville last week. They've got patrol dogs who are barking, which helps deter drones. So we’re using all kinds of solutions to deal with contraband coming into our prisons."

In an attempt to highlight how the government is thinking outside the box to tackle the UK's prisons crisis, Liz Truss instead succeeded in exposing how out of touch with it she appears to be.

For the mention of these dogs – presumably stationed somewhere near the perimeter fence of the severely overcrowded Victorian north London jail where an inmate was killed in October and from which two others escaped last month – seemed to be missing the point.

The remark made her a laughing stock in the media, while her junior minister Sam Gyimah struggled to keep a straight face on the government benches behind her.

If only the drugs epidemic engulfing our jails was something to be laughed at. People are going into prisons without drug habits and coming out as addicts. This trend feeds into, and is a product of, the wider problems caused by funding cuts, staff shortages, and a lack of meaningful rehabilitation. There is now, on average, one inmate suicide every three days in our prisons, while the total number of assaults has risen 64% since 2012.

The explosion of synthetic cannabinoid receptor agonists (SCRAs), commonly known as Spice, onto the prison drugs market in the last four years has presented the Prison Service with unprecedented new challenges that require nuanced solutions.

But intelligent policy-making, breaking with the tried and tested, is not forthcoming.

Without confronting why there is such a high demand for drugs in prisons – creating and sustaining a massive supply – the government will continue to derail its own efforts at genuine reform.

While cannabis used to be the traditional 'bird killer' of choice among prisoners, the testing introduced for it in the 1990s prompted inmates to shift their habit to heroin, which stays in the system for far shorter periods. At the start of the 2000s, medications prescribed to manage prisoners’ mental health issues were ‘diverted’ onto the market. But by the start of the decade, Spice had found its foothold.

Drugs such as Spice were developed to meet the demand for a ‘legal’ supply of drugs with similar effects to cannabis. But they are much stronger, more addictive and can have serious long-term health effects. Often involving hallucinations, although unpredictable in terms of their effects, many inmates don’t remember smoking Spice – arriving back in their cells from hospital only to light up again.

As conditions inside prisons have deteriorated, demand for Spice has rocketed. Boredom, fuelled by constant 'bang-up', means more inmates are looking to get their 'heads out of the bars' more often.

"One guy I saw who had smoked Spice stuck himself in a hot tray where food was served from in the canteen. He had three-degree burns. The other prisoners were standing around laughing. I tried to talk him out for five minutes. He didn’t understand what I was saying. He had no recollection of it the next day."

The Government's response has been to try to crackdown on supply.

But this approach – centred around testing prisoners, sniffer dogs, scanners, 'extra days' for inmates caught using and securing prison perimeter fences from drones that have made for colourful media reports but account for a minority of packages – doesn’t seem to be working.

This year's Psychoactive Substances Act, which made the production and supply of Spice illegal, has made no discernible difference to its supply into prisons.

In a report published today, High Stakes: An Inquiry into the Drugs Crisis in Britain's Prisons, policy innovation hub Volteface is urging the government to face up to why and how drugs are entering prisons.

Instead of focusing on eradicating their supply – which is as unlikely to be achieved as abolishing the drugs trade globally – it suggests the government must think smarter and more imaginatively.

Crucially, the report notes, the reasons for such high demand have to be examined. And instead of focusing on identifying drug users, resources should be spent pinpointing exactly how drugs are being supplied.

An investigation by Buzzfeed News, published yesterday, laid bare the corruption of prison officers that is flooding jails with drugs – the type of damaging behaviour being encouraged by the government's current approach.

Testing prisoners for drugs simply cannot keep up with the rate at which new psychoactive substances are being developed. Dogs can be trained to sniff out a few of the hundreds of possible chemicals referred to as Spice, but no quicker than the drugs themselves can be adapted.

The Tartan Con regards it as "a waste of time and money".

"Every prison has a group of people they know don’t take drugs. If the figures for positive tests were high one month, an officer would come to me and say 'do us a favour, have a drug test'. I would ask: 'you need some negative results?' and the answer would be 'yes'."

Volteface's suggestions will make for uncomfortable reading for Liz Truss. They advocate that policy in this area can no longer be shaped by a moralistic public perception that ignores the reality on the ground.

It recommends a shift from zero tolerance to risk and harm management. Recruiting more staff to develop an intelligence-led approach to how the prison drugs market operates. Changing how supply is monitored. Increasing meaningful activity and treatment for prisoners.

But there is an unpalatable truth: some prisoners will want to take drugs and will.

Prisons are not environments designed to get all users systematically off drugs. And while they remain this way, at best the aim can be to minimise the resulting harms.

"Prisons will never be free of drugs," says Mike Power, author of Drugs 2.0 – The Web Revolution That’s Changing The Way The World Gets High. "Until we accept that, and implement credible harm reduction measures, and educate users to their risks, we will be placing already vulnerable people at greater risk of harm.

"A more intelligent approach is required – one that tackles the root cause of drug demand inside jails – boredom, lack of opportunity to learn, grow and prepare for life outside."

Unless the government is willing to embrace a pragmatic and honest approach to what is happening inside its prisons, it risks becoming like one of its dogs at Pentonville: Barking louder, biting little.

Hardeep Matharu is a freelance journalist specialising in justice and social affairs. You can follow her on Twitter here.