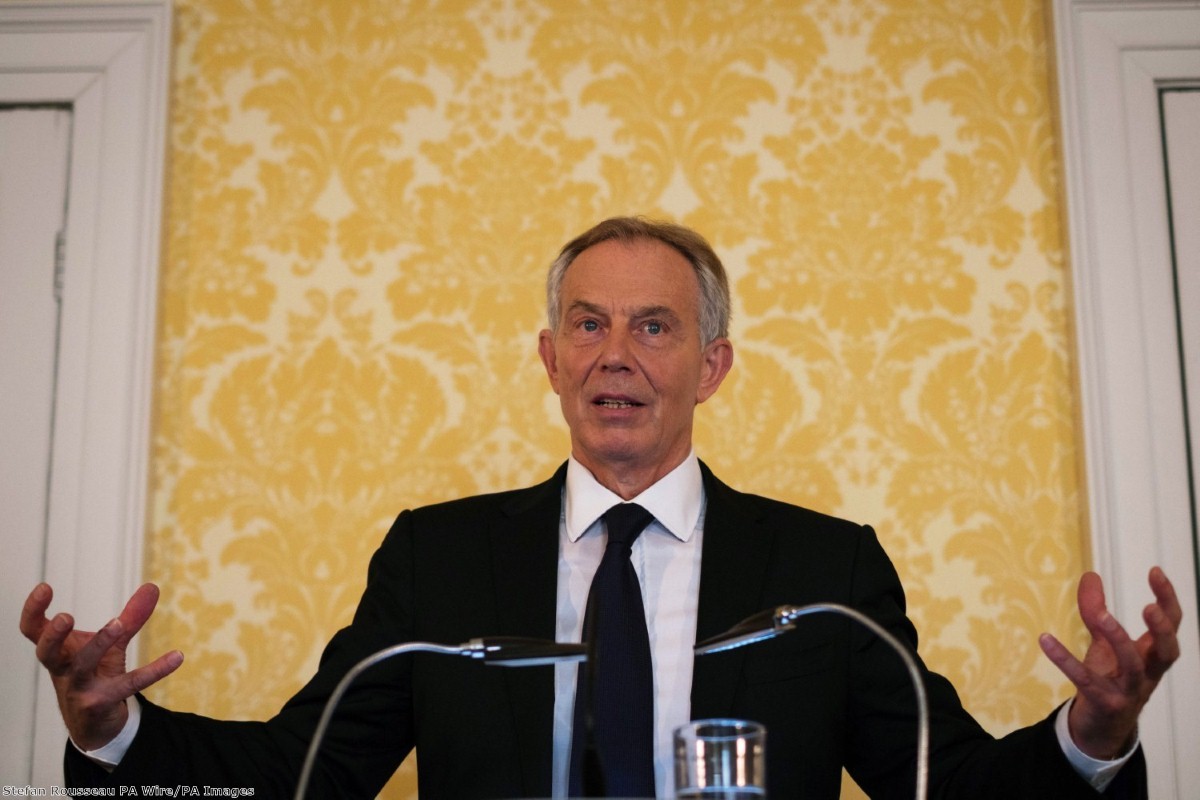 Blair’s legacy is mixed but we need him now

Goodbye Tony Blair Associates, hello the Tony Blair Institute. Finally, the grand old man of progressive politics has enjoyed a Damascene conversion and understood that maybe, just maybe, he had a role in triggering Brexit and the ugly backlash against globalisation.

Blair's new institute can only be welcomed. After the death of Margaret Thatcher, Blair is now the biggest beast former politician the UK has. His gut responses to Brexit – "It's like moving house without having seen the new house" – were the clearest and sharpest soundbites any politician could muster. With £8 million of funding, the institute will immediately be one of the biggest think tanks in Britain, there can be no doubt Blair will be able to sustain such an impressive outfit. Yet, the question remains, why did Blair spend the best part of a decade on his questionable business interests instead of devoting his time to centre-left politics? After cozying up to some of the world's vilest dictators, Blair has a unique responsibility (in the UK at least) for the current backlash against moderate liberal politicians.

First the positive. In recent years, progressive think tanks have suffered relative decline in comparison with right-wing think tanks. The collapse of both Labour and Liberal Democrats (though the latter is now showing signs of life) has hammered funding for think tanks of the centre-left. Instead of consolidation, they have grown ever smaller. The Tony Blair Institute will: "build a new policy agenda for the centre ground together with the networks which link people up, and allow a reasonable and evidence based discussion of the future which avoids the plague of social media-led exchanges of abuse".

And I want to play at least a small part in contributing to the debate about the future of both. My plans: https://t.co/WBT9qVBxsR (2/2)

This cannot happen soon enough. For years, those favourable to globalisation on the centre-left have been outgunned on the right by Eurosceptic think tanks and on the left by a growing perception that the liberal-left either didn't care about the victims of globalisation, or had no answers to the significant disruption many communities experienced from open borders and open trade.

In many ways, Britain is a peculiar conundrum – it is one of the world's most favourable nations to free trade and is the EU's most multicultural nation – yet, it has just rejected the most developed global project for free trade, the European Union. Tony Blair's Institute has an important job in keeping Britain as an open, tolerant, pluralistic nation and fighting down the insurgent UKIP tendency whose nativist and nationalist politics have scored a major triumph with the election of Donald Trump. Tony Blair's money and profile can only be a positive.

For all this, Blair also holds a specific responsibility for the rise of the new populism. The new populists – from Trump to Beppe Grillo to Le Pen – all claim one truth, that mainstream politicians are liars only out for their own personal benefit. Blair's business deals since leaving office do not dispel this myth. How can those on the centre-left point at the proximity between Trump and Putin, when Tony Blair has dealt with the dictator of Kazakhstan and Azerbaijan?

Am working with cross party group of MPs to launch new attempt to interrogate Tony Blair over #Iraq https://t.co/1WBj9e7E5f

In many ways, Blair is emblematic of the type of politics the electorate rejected during Brexit. It is no secret he was kept at arm's length from the Remain campaign (as, to an extent, was David Cameron). It is hard to make the case for globalisation, when the politician who understood how to reconcile social democracy and globalisation best is jetting around the world speaking to the tyrants who put their crooked interests first.

This is the tragedy of Blair, he was perhaps the only politician who could have saved Britain's place in the European Union as Gordon Brown was the only politician who managed to save the Union with Scotland. Yet, the decade after he left office made this impossible. He traded a final political triumph for short-term relevance. Perhaps we will see the rebirth of Tony Blair through his institute, I personally hope so, but his legacy is a mixed one.

Mike Harris is the publisher of Little Atoms and the Director of 89up. He has written for The Independent, The Guardian, The Daily Telegraph, The Times and Index on Censorship. You can follow him on Twitter here.