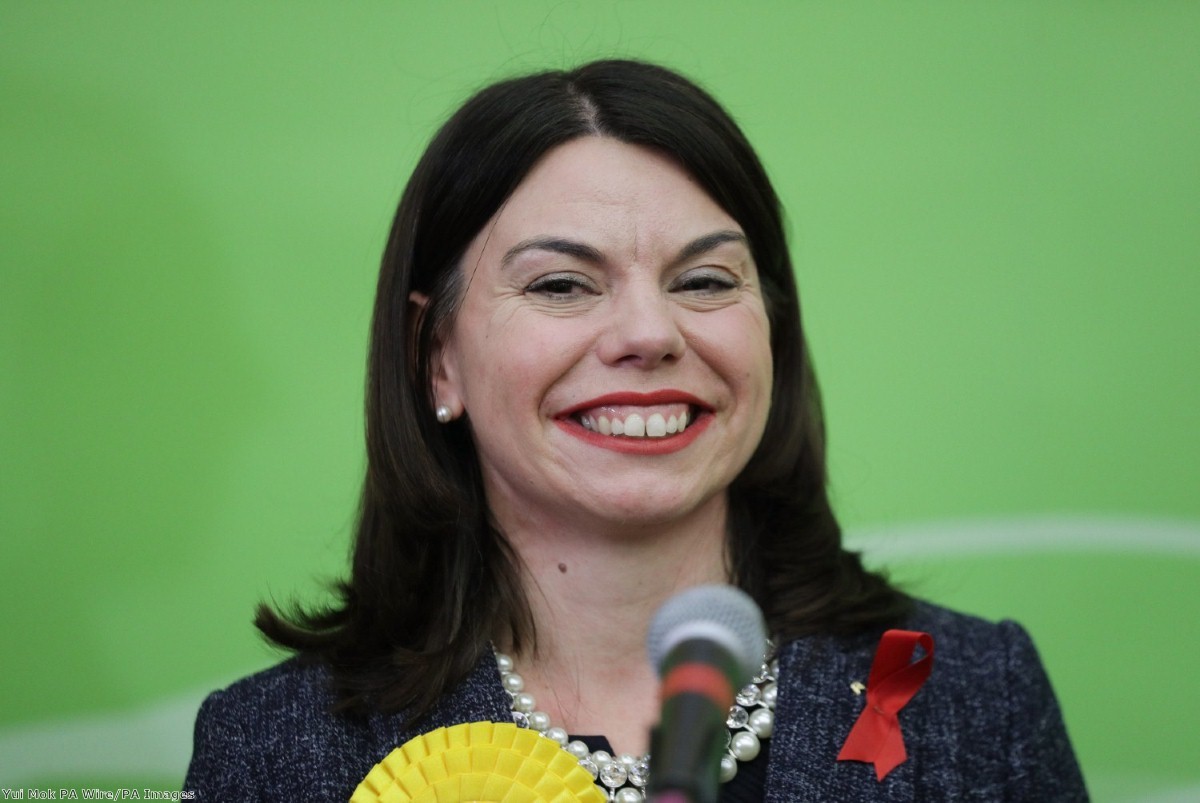 Sorry Remainers, but there aren’t enough Richmonds to go around

The self-immolation of Zac Goldsmith's political career will in time be a footnote to the uncontrolled wildfire of 2016. But as liberals enjoy a brief respite from the reactionary flames this morning, many will hope that Sarah Olney's spectacular by-election win might point the way to further such results should Theresa May opt for a Brexit election.

It's a tempting flicker of hope for Continuity Remain. The turf was favourable for Goldsmith – a huge 39 percent majority at last year's general election, a strong local presence, a stand on a point of principle.

Yes, Richmond voted heavily for Remain while Zac backed Leave – but with Labour standing a candidate while the Tories and Ukip sat it out, it ought to have been a Tory – sorry, 'Independent' – hold. The Lib Dems' victory on a Remainers' ticket suggests trouble for the prime minister if she goes to the polls for a more solid majority.

Put the anti-Brexit bubbly back in the fridge. This result is unlikely – one never says never in 2016 – to plot a course for a string of Remainer gains at a general election. It seems anodyne to point out that by-elections are not like other votes – but it's especially pertinent when the Lib Dems are in town. Last night was throwback to the 1990s, when the Lib Dems made a habit of demolishing giant Tory majorities in by-elections. The muscle memory is clearly still there.

But pulling off these sorts of wins at a general election, when you can't flood one seat with your entire regional membership, is much harder. Just ask Diana Maddock.

Then there is the seat itself. If you take the top thirty Lib Dem target seats with Tory MPs, only nine are in areas that voted Remain. And of these nine, just two share the Richmond Park combination of Remain vote and Brexit MP – Lewes, where Maria Caulfield has a thin 2.1% majority, and Hazel Grove, where William Wragg beat the Lib Dems last year by a healthier 15%.

Moreover, neither of these two seats voted heavily for Remain – 52% in each case, well short of Richmond's decisive 70%. In fact, only two of the thirty Tory-held Lib Dem targets voted by at least 60-40 for Remain: Twickenham, which is also in the London Borough of Richmond, and Kingston & Surbiton next door. Both have Tory MPs who backed Remain.

It's true that the majorities these thirty Tory MPs are defending are slimmer than Goldsmith's. Many are genuinely marginal. But Remain-based campaigning is unlikely to work in the twenty or so seats that voted Leave, especially as many of these have sizeable Ukip votes the Tories can plunder. And it's debatable how much it could achieve in a seat like Cheltenham, which voted only moderately for Remain and where the Tory MP was anti-Brexit.

Just to add to the problems, many of the Lib Dem MPs who developed a strong local presence in these areas have now either retired from electoral politics or are at an age where another election run seems unlikely.

In short, the Lib Dems could pick up the odd seat here and there – but to make a meaningful dent on the Conservatives, who themselves will be eyeing up dozens of marginal Labour seats, would probably require a campaign based on far more than just opposing Brexit. Maybe they could focus on how the political stability the Tories promised last May in order to win over Lib Dem voters has since gone up in smoke.

Or maybe Labour could add its weight, running a pro-single market campaign to win a slew of marginal seats from the Tories and demolishing Theresa May's hopes of a workable majority?

Forget it. Of the 25 most marginal Tory-held Labour targets, just three are in areas that voted Remain – Croydon Central, Brighton Kemptown, and Cardiff North. A fourth – Ed Balls' old seat in Morley and Outwood – is split between Remainer Leeds and Brexiting Wakefield. That leaves 21 seats that voted to Leave, in some cases quite heavily, and often with sizeable Ukip votes that outstrip the combined support for the Lib Dems and Greens that Labour could tactically call upon.

And that's before you even start on the Labour-held Tory targets that voted heavily to Leave – a situation Labour MPs are only too aware of.

For left-wingers, Remainers, and those just revolted by his London mayoral campaign, Zac Goldsmith's defeat will make for a bright December morning. But the rainclouds will be back before long. As on June 23rd, there simply aren't enough Richmonds to go around.