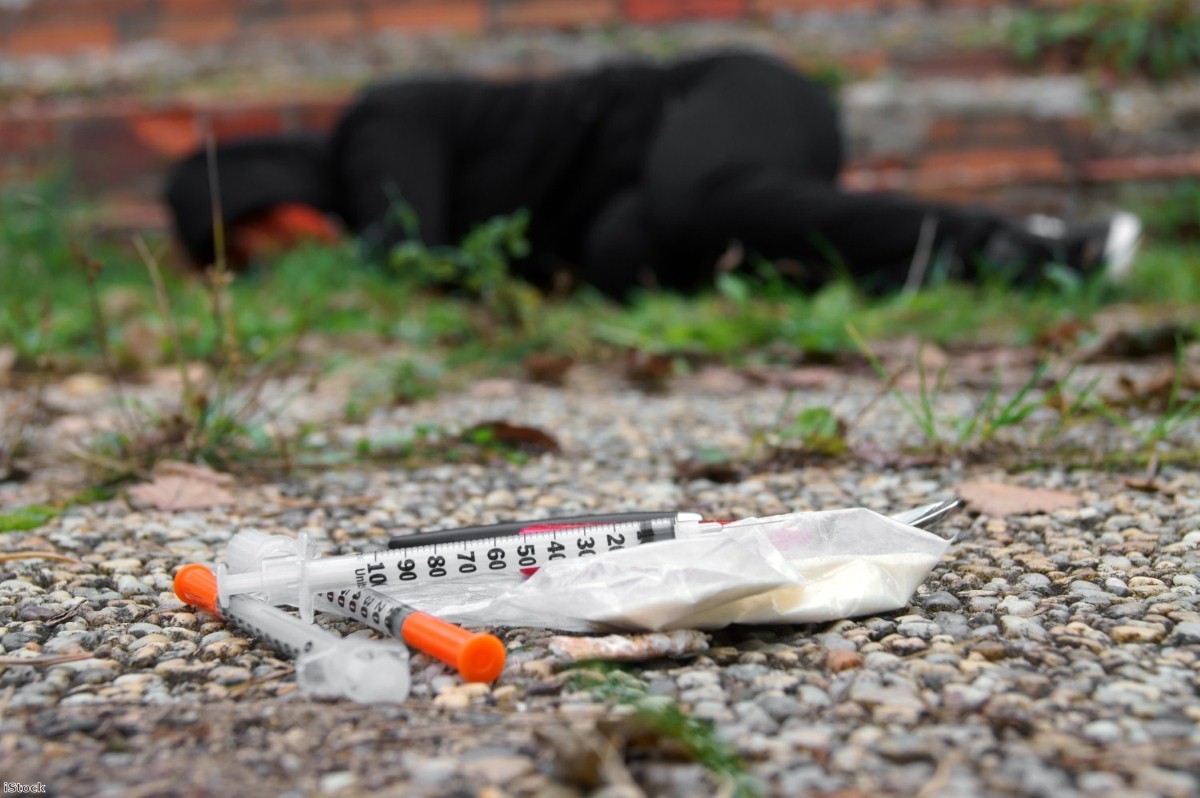 By Gen Sander and Katie Stone

Sometimes good news can distract you from what's going wrong under the surface. Earlier this month, the UK reported a 79% drop in the number of 18-to-24 year olds seeking treatment for heroin dependence. It was hailed as a success by anti-drug campaigners, but these figures mask worrying trends in the response to drug use.

As Harm Reduction International (HRI) report today shows, we're seeing a sudden decline in efforts to get health interventions like needle and syringe programmes (NSPs) and opioid substitution therapy (OST) to people who inject drugs. These interventions are part of the harm reduction approach to drug use. It's about trying to reduce the negative health, social and human rights impacts of drug use and policy, rather than just focusing on criminal justice.

Where in place, harm reduction strategies keep HIV epidemics at bay, prevent overdoses, save lives and save money. This practical approach is vital because despite the headlines, drug use is not going away. In the UK 122,894 people regularly inject drugs.

HRI's latest figures show that no new countries have established NSPs since 2014. Out of 158 countries where injecting drug use is reported, 68 still do not provide it, and 78 do not offer OST. This is a depressing turn of events. It goes against the progress we've made in recent years.

Since 2006 we've tracked a slow but steady expansion of services through our biennial Global State of Harm Reduction report. 2016 is the first year where no increase has been reported and in some countries NSP and OST provision has even fallen since 2014. Here in the UK, harm reduction funding decisions increasingly lie in the hands of local commissioning groups, which led to cuts in some areas and more anticipated in the future.

The impact of this can be seen in rates of hepatitis C which have remained at 50% among people who inject drugs for the last decade in England, and 57% in Scotland.

The Global State data shows that harm reduction is particularly inadequate in prisons. In 2016, only eight countries (Armenia, Germany, Kyrgyzstan, Luxembourg, Moldova, Spain, Switzerland and Tajikistan) implement a needle and syringe programme in at least one prison, while only 52 provide opioid substitution therapy. This is despite the fact that up to 90% of people who inject drugs will be incarcerated at some point, and that HIV and hepatitis C prevalence are substantially higher in prisons.

Prisoners are also disproportionately vulnerable to drug-related overdose, both during their sentence and in the immediate post-release period. In Puerto Rico, a sorely neglected territory of the US, almost half of the prison population has witnessed an overdose in prison, with one-third knowing someone to have died of an overdose whilst incarcerated.

Here in the UK, Scotland developed a National Naloxone Programme in 2011 following an upward trend in the number of overdoses. The programme supplies kits containing an opioid antagonist which can reverse opioid overdose in minutes, for home leave or on release to those identified as being 'at risk'. The results were immediate. A 36% reduction in opioid-related deaths in the four weeks following release was observed. The programme has been recognised as a model of good practice and rolled out elsewhere in the UK. But only five other countries – Estonia, Spain, Norway, Canada, and the US – provide overdose prevention training and naloxone prior to inmates' release from prison, and even this often reaches just a limited number of prisoners.

Despite some momentum around decriminalisation in the last years, mass incarceration continues to be the favoured approach to drug control. Globally, one in every five prisoners is held on drug-related charges, the vast majority for personal use or possession.

Nowhere are the human consequences of these figures more striking than in the United States. Human Rights Watch recently revealed that 1.5 million arrests for drug possession were made in the US in 2015 alone – one every 25 seconds. Given the country’s deeply entrenched racism, it isn’t surprising that this punitive approach to drugs has had vastly unequal outcomes across racial groups, with black adults six times more likely than white adults to be arrested and sentenced for drugs, despite being less likely to use them.

South of the border in Mexico, the numbers held for drug-related offences increased by 1200% between 2006 and 2014, while in Puerto Rico, 87% of prisoners have been sentenced for drug offences, half of them first time offenders. In Argentina, Brazil and Costa Rica, more than 60% of the female prison population have been incarcerated for drug-related offences, most of whom are single mothers. This is just a snapshot of the Americas.

These statistics repeat themselves in every region of the world. This mass criminalisation of people who use drugs has not only filled prisons – it drives drug related harm. The threat of arrest can itself keep people who use drugs away from harm reduction services, and increases risky behaviour such as unsafe injecting. In some countries service providers themselves face legal sanction. This in turn undermines countries’ ability to address drug-related harms such as HIV, hepatitis C and drug-related overdoses.

Even outside of prison settings, the rate of fatal overdoses has skyrocketed in many countries in recent years. In the UK, the last two years have seen a shocking 64% increase in drug-related deaths linked to heroin and morphine, now the highest ever recorded in the country. In the US the rate of fatal overdose has increased by 137% over the last decade, with more people dying from overdose in 2014 than any previous year on record.

Unsurprisingly, North America continues to have the highest drug-related mortality rate in the world, contributing to an estimated 25% of drug-related deaths globally. Once again, legal barriers continue to restrict distribution of Naloxone in non-clinical settings, and even when naloxone is limited to paramedics they can often lack it as part of their basic medical kit. While some countries, including the UK, the US and Canada, have recently taken some important steps to allow for wider availability of naloxone, overdose prevention remains a wildly neglected issue globally.

This is the current reality, and it is bleak. Globally, an estimated US$100 billion is spent on drug control every year, with little impact on drug consumption. At the same time, funding for harm reduction is shrinking, and services to reduce drug-related harms are failing to keep up with growing need and emerging trends such as amphetamine injection. A UN target to halve HIV among people who inject drugs by 2015 was missed by a staggering 80%. The Sustainable Development Goals now pledge to end AIDS by 2030, but people who inject drugs and prisoners could well be left behind.

This isn't just a public health issue. The provision of harm reduction, both inside and outside of prisons, is a legally binding human rights obligation. The facts can no longer be ignored, and they are begging us to direct our attention and funding away from the so-called war on drugs and into harm reduction approaches that protect the health, well-being, and dignity of all human beings.