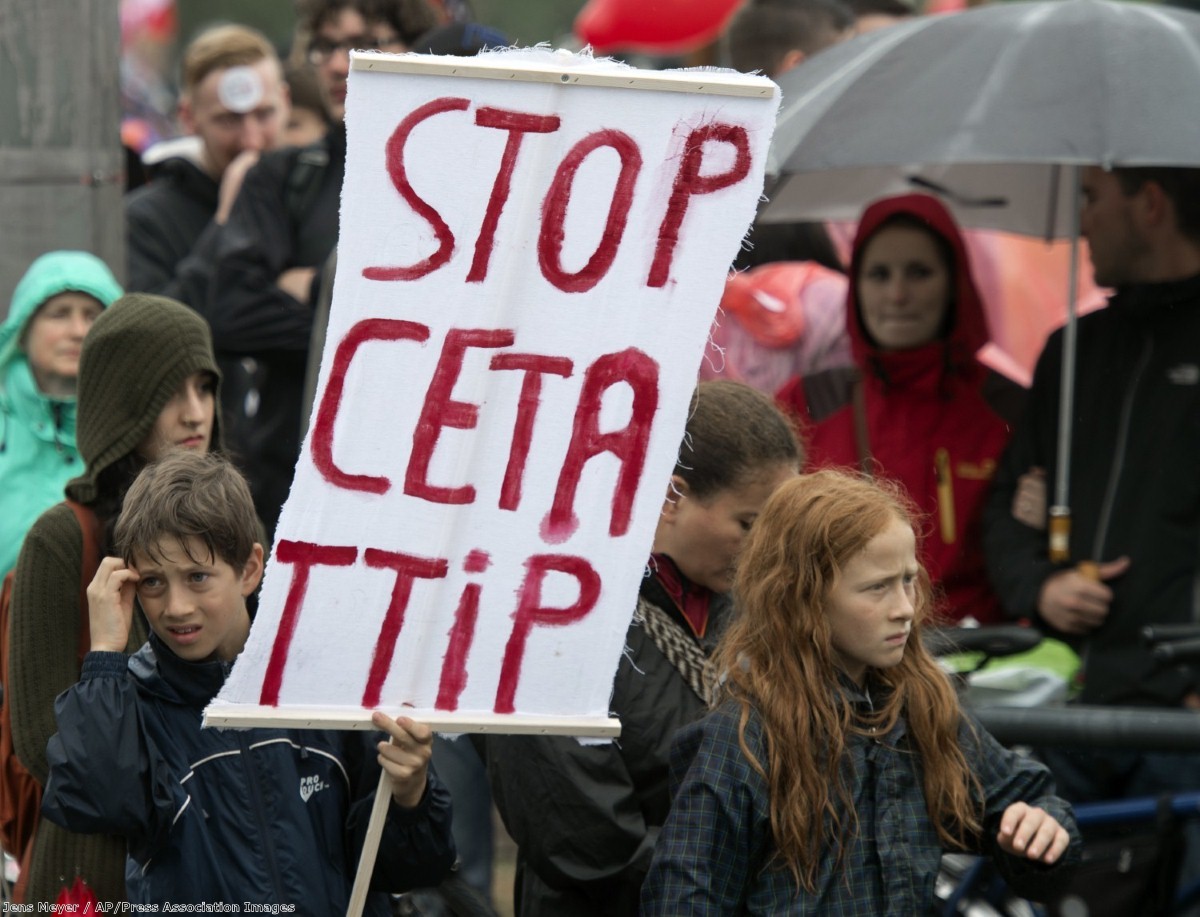 Corbyn should follow Wallonia’s lead and stand up against CETA

The parliament of Wallonia is taking back control. By blocking the CETA trade treaty between the EU and Canada, the regional Belgium body has put a halt to a trade deal that would serve corporations but put public services and environmental and social laws at risk.

The same cannot be said of our own parliamentarians, who have not had the opportunity to debate the CETA agreement either nationally or regionally. The Welsh Assembly is a representative body akin to the Walloons parliament, but does not have the power to reject a trade treaty, or indeed, a Brexit deal.

The political elites seem somewhat irritated by Wallonia's democratic challenge. During the referendum campaign we were continually told by the Leave side that the EU was undemocratic. Now apparently it's too democratic. How dare a regional government representing just 3.6 million people out of an EU population of over 500 million work in the interests of its citizens rather than cave-in to corporate power?

Meanwhile, the view from Brussels is that the Commission messed up. Perhaps they had been spending too much of their time talking to corporate lobbyists or perhaps they had just not anticipated that some politicians, somewhere in Europe, would assemble a majority to defend the interests of citizens.

The Greens stand with Wallonia. We are completely against the CETA agreement. The rules on workers' rights and environmental standards are weak and unenforceable, and it risks weakening local economies on both sides of the Atlantic. CETA has always needed approval from the European Parliament. If and when it gets that far, we will vote against it. We have called for national parliaments to have their say on the deal. We challenge others to join us.

We know Theresa May's government have been strong backers of CETA and have been pushing for it to be signed off before Britain leaves the European Union. The Tories want Britain to remain bound by the deal even after departing from the EU. This sets a worrying precedent and we can expect to see ministers globetrotting in search of toxic trade deals to sign up to once the UK is outside of the EU. But what of European socialists and in particular UK Labour MEPs?

Before the referendum, Jeremy Corbyn vowed to veto the Transatlantic Trade and Investment Partnership (TTIP) trade deal between the EU and US if he ever became prime minister. CETA is TTIP's lesser known cousin but contains many of the same threats. For example, Corbyn expressed concerns about the facility within TTIP which grants corporations the right to take national governments to court if regulations impinge on their profits. This mechanism, known as the Investor-state dispute settlement (ISDS) is mirrored by the Investment Court System (ICS) under CETA. Just like ISDS, this grants exclusive rights to foreign investors to sue countries, if they feel their businesses have been impacted by new laws or regulations.

If Wallonia is placated, or arm-twisted, Belgium will sign up to CETA. Significant lobbying of socialist MEPs is likely to be the only way to stop it. The challenge for Corbyn and the Labour Party is to show courage in resisting corporate power and stand alongside their Belgian comrades fighting for workers’ rights. Labour has a chance to show what taking back control really means. Whether they will seize this opportunity will depend on how much pressure they come under from their own members and the wider public.