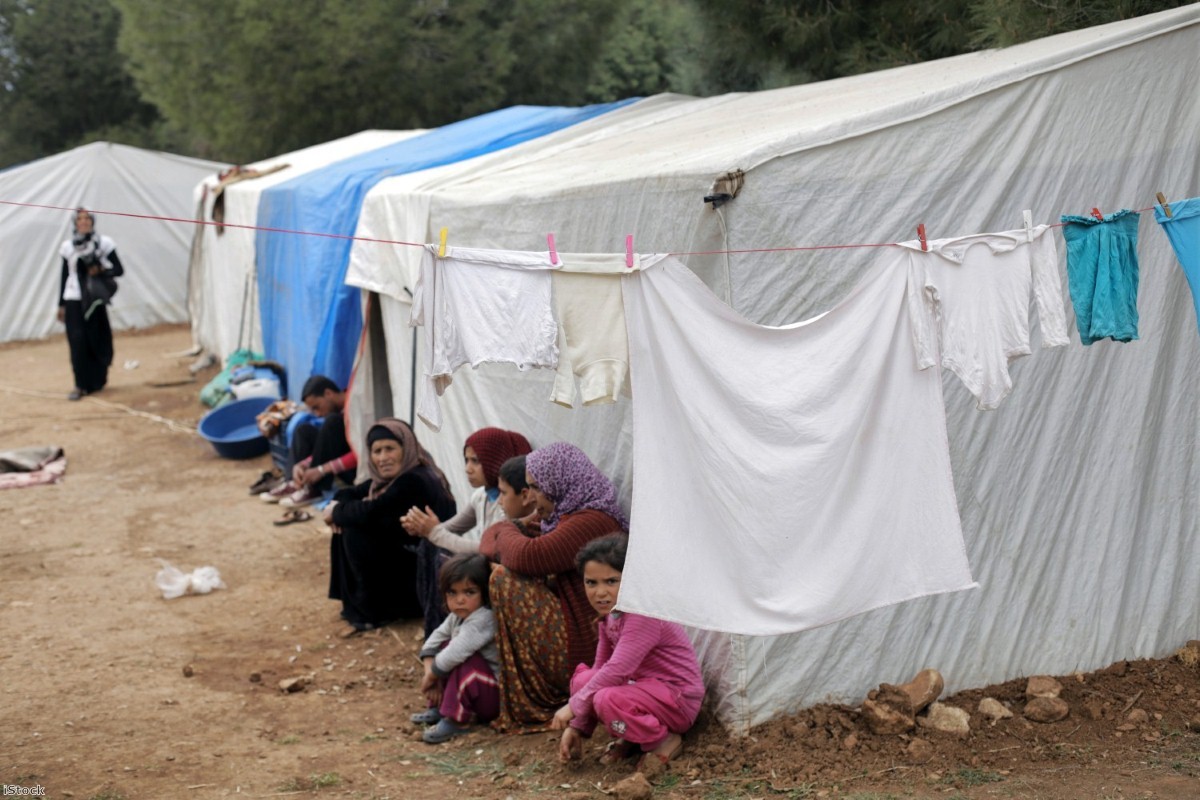 The government is betraying the 20,000 Syrian refugees it pledged to help

The public gaze may have settled on the refugee children of Calais this week, but the UK government has also promised to help people fleeing persecution from much further afield. The commitment is barely more than a year old but there are already worrying signs that it will not be met.

After the pictures appeared of four-year-old Aylan Kurdi with his tiny curled-up body washed up on the Greek coast, prime minister David Cameron pledged more help for Syrian refugees. His government had already sent more aid to the region, and this was now joined by a commitment to resettle 20,000 men, women and children who had been forced to flee to neighbouring countries.

This was something which refugee charities had pushed for for a long time. It was a very welcome step. But the pledge to refugees has now stalled amid a row with local authorities. The future of the programme, along with the lives it is supposed to save, is at risk.

I live in east London, and started looking into the story for my local community newspaper, the Waltham Forest Echo. I knew that the borough had pledged to host ten Syrian families in the area. But data released over the summer showed that only 1,600 refugees had arrived in the UK. Very few people had been resettled in London, and none at all in my borough. So why?

The main reason is money. When I approached the local authority, they told me they were still going to host refugee families "provided that government allocate adequate funding". I did a bit more digging, and Waltham Forest Council shortly afterwards issued a long public response, detailing their worries about the finances.

As I reported at the time:

"Council leader Chris Robbins explained that plans had stalled because central government had made no allowance for higher costs in London, especially for housing. Councillor Robbins argued that this left Waltham Forest with “a funding gap of around £10,000 per refugee per year”."

Even if each Syrian family consisted of just three individuals, this would mean the council is requesting an additional £1.5million across the five years.

Councillor Robbins committed to working with other London boroughs and the mayor of London to find a solution, but also stressed that the Home Office would need to provide clarity on "whether councils in London are going to get the support they need to take in Syrian refugees".

The government will know that local authorities, even those controlled by Conservative councillors, can make serious trouble over this sort of funding gap. Amid the confidence of the party faithful at Tory Conference earlier this month, there was a recurring theme at the local government events I attended. Councils were fed-up because, they argued, extra burdens were being passed down to them from Westminster without any money. There was a barely hidden sense of threat. Boroughs which felt short-changed would soon let ministers know.

If other councils are doing the same maths as in Waltham Forest, especially in the south-east where housing and support costs are highest, the sums will run into tens of millions of pounds. If council bosses start telling their local papers that Whitehall is making them pull scarce funding from essential services to look after refugees—not a vote-winning demographic—the pressure on central government will grow.

There is a political solution, of course. Local authorities will want to wheedle more money to help with resettlement. The government can negotiate their demands down a bit. This is what politicians are employed to do: give a little ground on all sides, reach a common ground so that projects don't grind to a halt the minute there is trouble.

But there is trouble ahead, no doubt about that. These negotiations need to start quickly if they haven't already.

As a colleague of mine at the Echo pointed out, it probably wouldn't be that difficult for the government to squeeze out of its pledge to Syrian families. New ministers could quietly recast the promise as a quaint idea of David Cameron's, a policy hatched by the last regime which hasn't survived transition.

This would be shameful, a betrayal of the people we have promised to help. The UK's promise to those families was public and full-throated. It mustn't be discarded the moment it hits a bump in the road.

Russell Hargrave is a writer and charity press manager. He has previously worked at a think tank and on refugee communications and policy.