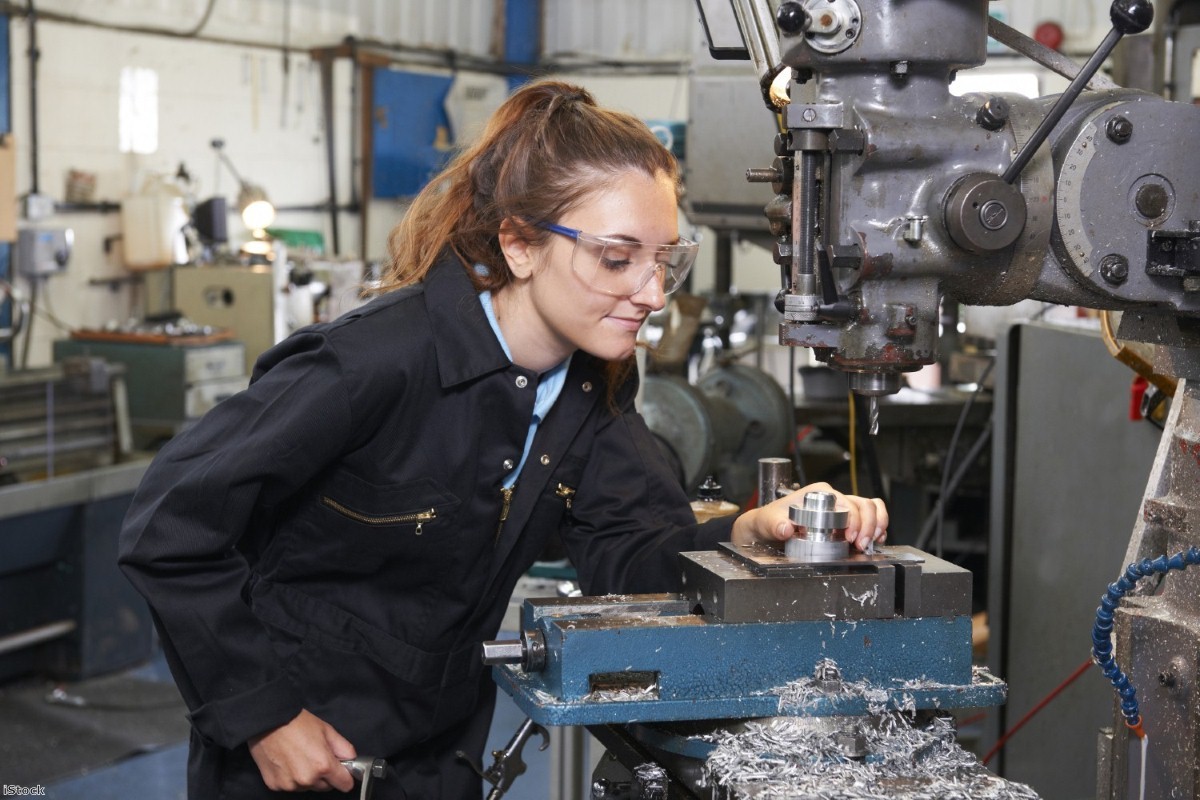 These cuts reveal a snobbery towards young apprentices

When I first met Chloe she was a very nervous, slightly hesitant teenager who seemed a bit lacking in confidence. But I was struck by the fact that she had clearly researched my role as an MP and had an infectious enthusiasm and boundless bright intelligence. So, among dozens of applicants, I decided to make her my constituency office's first ever modern apprentice.

That was just eight months ago. Today Chloe, aged 18, is an indispensable member of my team, fielding sometimes difficult phone calls from my constituents, helping with casework and answering the hundreds of emails with confidence and clarity. She is a shining example of how our young modern apprentices can succeed when they are given the chance to get on in life.

That's why, when I see that government apprentice funding for 16 to 18-year-olds in some of England's poorest areas is being cut by up to 50%, I think of young people like Chloe. I wonder what would have happened to her and thousands more just like her, if they were denied the opportunity to make their way in the adult world.

It makes me furious that the government is shutting the door to opportunity in the faces of our young people. Theresa May promised to 'help anybody, whatever your background, to go as far as your talents will take you'. But her government's cuts will impact hardest on the most socially disadvantaged areas of the country.

So much for social mobility and the government's promise to 'build a country that works for everyone'.

Theresa May promised to 'help anybody, whatever your background'

Worse still is that the government has no contingency plans in place if their new levy, which from next year requires all employers with a pay bill over £3 million each year, to invest in apprenticeships, simply doesn't work. The stated aim is to create three million apprenticeships by 2020. But the reality belies the rhetoric.

Under their funding formula there will be swingeing cuts in support for 16-18-year-olds, while cash to learners who are over the age of 24 and live in the most affluent areas, will go up. What's fair about that?

A modern apprenticeship was just right for Chloe. She didn't want to go to university. She has a brilliant work ethic and as an independent young woman, wanted to make her own way in the world, sooner rather than later. Today I met three young people just like her in my constituency – two young female apprentices and a young man whose apprenticeship has become a full-time job.

They work with nursery school children, helping in the classroom, providing support to teachers, and helping young children to grow and develop. And in the process, growing and developing themselves. It's a brilliant initiative which helps provide vital childcare so that their parents can get to work and fend for themselves and their families.

But schemes like this will be threatened if the government fails to halt the cuts and reform its funding formula. Too many people still see apprenticeships such as these as second class and second rate. They turn their noses up at young people who take the occupational route, rather than the academic one.

This snobbery, and that's exactly what it is, must end. University is not necessarily the best place for every young person to achieve their ambitions.

As a country we need to do much more to encourage young people into well-funded, high quality apprenticeships, where they can learn the skills, gain the experience and make the contribution that Britain needs now more than ever.

As shadow education secretary, I am determined to stop the snobbery about apprenticeships and vocational education. Because people like Chloe deserve better.