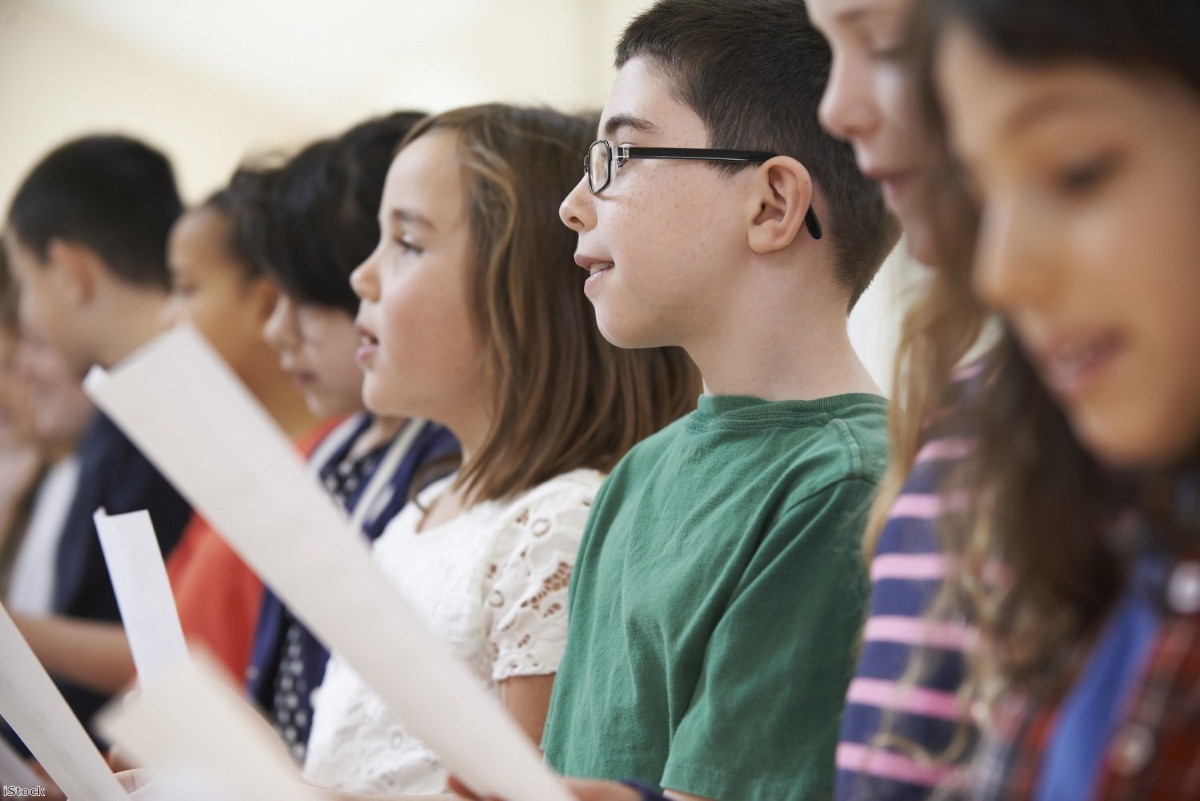 Summer's over and right across the country, children from all backgrounds will be coming together in our local schools, perhaps recognising their differences, but without being divided by them.

But of course, this isn't always the case. Theresa May confirmed today that the government plans to capitulate to the demands of religious groups by relaxing admissions rules for faith-based academies, allowing them to select all of their pupils along religious lines.

It's hard to think of a more regressive policy than the facilitation of greater religious segregation of children and young people in our education system.

And what are we to make of the government's warnings about schoolchildren having little or no understanding of others, when their policies seem destined to exacerbate exactly that? Only last year the schools minister Lord Nash said the government had "no plans to review the 50% limit for faith-based admissions to free schools", describing the cap as "an important way of supporting these schools to be inclusive and to meet the needs of a broad mix of families". So what changed?

Part of the answer lies in the fact that 900,000 new school places will be needed in England by 2024.The free schools initiative was originally hailed as a parent and teacher-led ‘schools revolution’, but as it turns out, parents don't really have the time, expertise or inclination to open their own schools.

Only a tiny proportion of new schools are being set up by parent groups, most are being established by multi-academy chains and faith groups. The success of free schools policy very much relies on school sponsors coming forward – and until now the Catholic Church has been reluctant to do so, rejecting limitations on the extent to which it can discriminate against non-Catholics. It insists that the public money it receives to run schools should be spent on providing schools to serve only people of the Catholic faith.

It's clear that this latest proposal to relax admission arrangements follows relentless lobbying from religious organisations of the government to remove the 50% cap. But by rushing to satisfy the demands of faith-based education providers, the government risks recklessly neglecting the civic purpose of state education – which surely includes preparing children for their role as equal citizens of a multicultural, religiously diverse liberal democracy.

Rather than facilitating segregation along religious lines, Theresa May should be doing all she can to ensure that children of all faiths and none are educated together in inclusive schools that respect children’s faith background without seeking to inculcate them into a particular religion.

Allowing faith schools to apply 100% discrimination is therefore a gargantuan step in the wrong direction – and the dangers are clear.

"It cannot be right… that people can grow up and go to school and hardly ever come into meaningful contact with people from other backgrounds and faiths. That doesn't foster a sense of shared belonging and understanding – it can drive people apart."

The government's horribly muddled thinking over faith schools is illustrated by its own guidance on "Promoting fundamental British values" in schools. On one hand it calls it "unacceptable" for schools to "promote discrimination against people or groups on the basis of their belief, opinion or background" yet at the same time seems content to allow them to do just that with regard to their admissions arrangements.

Perhaps it's only years further down the line that we’ll be able to fully assess the damage religious schooling causes to the fabric of British society, but the warning signs are already there.

A look across the Irish Sea also provides valuable lessons that our elected representatives would do well to learn. Only recently the UN Committee on the Rights of the Child rebuked the UK over the way Northern Ireland’s education system still separates children along religious lines. The UN called on the UK to do more to promote integrated education, but here we are going in the opposite direction, allowing yet more segregation.

In the long-term the only real solution is to phase out faith schools and fund only secular and inclusive schools where people of all faiths and none are educated together. Unfortunately, we’re still heading in the wrong direction.

A third of all schools in England and Wales are faith schools, with an increasing number of minority faith schools opening, further fragmenting state education along religious and ethnic lines. A proliferation of these faith-based schools may serve the needs of organised religion, but it will be bad for children, bad for communities, and bad for Britain. The Government should think again.

Stephen Evans is the campaigns director for the National Secular Society