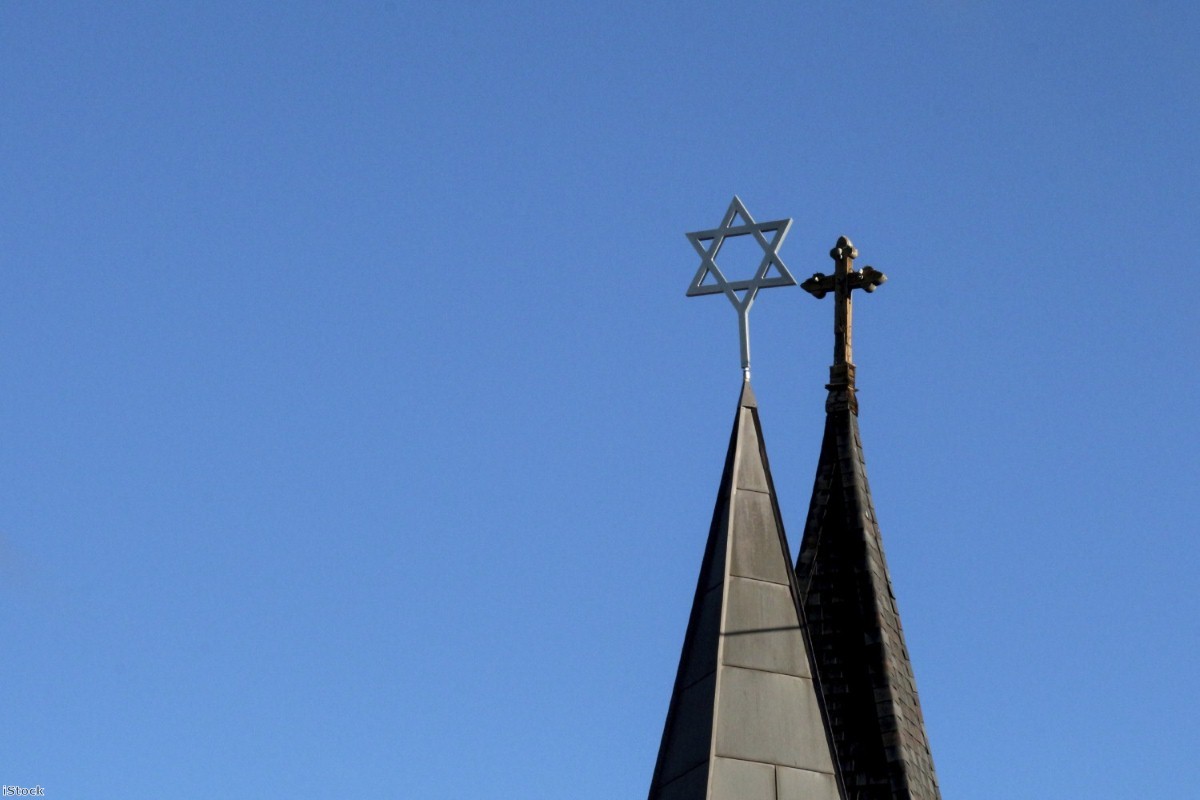 Labour must stop being embarrassed talking about religion

Alistair Campbell's belief that Labour "don’t do God" has come to haunt the party's interactions with faith groups.

David Cameron conducted an impressive courtship, demonstrating a chameleon-like ability to appear at ease in front of various congregations. Watching him hype up a Pentecostal crowd at the Festival of Life, it was hard to believe that this was the same man who had claimed his faith was as intermittent as the reception for Magic FM.

In contrast, Labour leaders have often appeared uncomfortable in religious contexts. Given the opportunity to address the party's leadership candidates this week at the "faith and the future of Labour" event, young activists pulled no punches.

Kirith Ahluwalia, a young Sikh campaigner, described how Cameron had "excelled" in demonstrating an understanding of the significance of cultures and traditions, leaving Labour "flailing behind". She noted his visit to the Golden Temple at Amritsar, and the widely published photos of him and his wife at the Vaisakhi festival last year. It is to this "impressive engagement" that she atttibutes Sikh support for the Conservatives (49% according to one poll).

Christianity had provided the "moral basis" for Labour's commitment to human rights, inclusion and poverty alleviation, argued Njoki Mahiaini of Christians on the Left. "Yet I fear that some of us now see talk of moral responsibility as amoral in itself."

She spoke of the legacy of R. H. Tawney, the Christian socialist who championed adult education, and Keir Hardie, the Methodist lay preacher who became the first Labour MP. The party should recognise the "immense cultural capital" generated by faith groups, she said, from language classes to holiday clubs.

In my experience, most politicians quite readily acknowledge this contribution. They are generally happy to praise the social action underway, celebrating it as evidence of the 'Big Society' on one hand, pointing to it as a sign of a broken safety net on the other.

Mahiaini's plea not to "squeeze out more conservative voices who believe there's still a debate to be had on issues of life and liberty" points to trickier territory. What does Labour do with those on the frontline of this action who hold more socially conservative views? Maurice Glasman attempted to start this conversation, calling on Labour to "wrap itself in family, faith and the flag". I think Corbyn was right to acknowledge this tension when, after praising the diversity of his constituency, he pointed out that there were "difficult conversations to have", including discussions about gay rights, abortion, and the Satanic verses.

Onjali Q. Raúf, a Muslim human rights activist, who founded Making Herstory, had a powerful testimony about life as a woman of faith and colour "and a very visible faith at that". She described how, after she organised a debate in Parliament on the trafficking of migrant domestic workers, two female MPs had congratulated her for attending, before checking that she had understood proceedings. The reaction to displaying a religious alliance was "exhausting, debilitating and patronising” she said. Across all political parties, people of religion were “very much a misnomer: the unwanted, all too visible, elephant in the room".

Both she and Ahluwalia described their disappointment that the party that had welcomed their parents to Britain was now failing them.

"We no longer want to feel just welcome," explained Ahluwalia. "We want to be understood; we want to be valued; we want proper engagement."

"I was never in doubt that the party who stood up for my parents and who they loved was the party for me," said Raúf. "But until it can be brave enough to actively acknowledge that we exist, wear down fears, suspicions and prejudices, and hold a genuine respect for our capacities to contribute and strengthen it from within, only then will the Labour party truly become what people wish it to be: a party everyone of any and all religions can truly put their faith in."

Rabbi Danny Rich suggested that a Labour victory was made less likely by the fear that "a secular socialist movement" did not appreciate the role of religion in helping to create stable, co-operative communities. He spoke of his grief about the “genuine distress and troubling experiences” reported by Jewish members of the party. The fact that he felt the need to stress that "Jews are not paranoid or manipulative" is worrying.

There was a sense of hope, following these speeches, that the presence of the two candidates might herald a break with Campbell's rule.

Both Corbyn and Smith began their speeches by referencing the historical roots of the Labour movement. Both acknowledged the current work of faith groups. The party and churches had worked "hand in glove" Smith suggested, from the establishment of the welfare state through to the anti-Apartheid movement, and Make Poverty History campaign.

Both were keen to articulate their understanding of the core tenets of religious faiths. For Corbyn, these were community, involvement, peace, and "looking out for and protecting each other". Smith spoke of solidarity, compassion, tolerance, respect for others, and mutualism. His own values – "making hope more credible than despair convincing” – were at the heart of all faiths, he suggested.

Reeling off the values of all religions is quite a common activity for MPs in search of common ground, and votes. Cameron famously claimed that Easter was about "hard work and responsibility" (nothing to do with the resurrection of Jesus from the dead, then). Perhaps what’s missing is a demonstration that they understand the stories that power different faiths, and the traditions that these have given rise to. This doesn't mean expressing a personal belief in the truth of these stories, or feigning an attachment to them, but my sense is that a simple articulation of some of the founding stories would go a long way to making faith communities feel welcomed into the fold. There was an ecstatic reaction at the Excel centre when Cameron referenced Jesus turning water into wine.

I would also recommend greater honesty from Labour MPs about how their own faith informs their politics. I was hugely impressed by Sadiq Khan's interview after becoming mayor, in which he said that the party had become "embarrassed about talking about faith and religion". Doing so will inevitably raise intrigued questions from a largely non-religious media, but giving frank answers is surely more appealing than dodging them or being shut down by a spin doctor. Most people in Britain still claim some form of religious affiliation; the climate is less hostile than MPs seem to fear. Columnists in broadsheets may be prone to sneering at those of faith, but they are far from representative of the country at large.

There were encouraging signs for people of faith at this week's debate. Corbyn talked about the importance, in a multi-cultural society, of schools teaching pupils the basic tenets of the major faiths. I suspect that his internationalist outlook, as well as his upbringing has given him genuine interest in and sympathy for those who profess a religion. It was good to hear Smith say that addressing anti-semitism in the party wasn't about getting back Jewish votes, although he acknowledged a "preciptious decline" in support, to eight per cent.

Corbyn was also refreshingly clear in his condemndation, after a woman in the audience pleaded for an "end to platitudes that there's no racism in the party".

"Anti-semitism is completely and totally unacceptable in any form whatsoever in this party or within this society," he said. "We've just got to say that as clearly as we can."

Both men also pledged to scrap the Prevent programme, described by one young woman in the audience as "feeding a culture of islamophobia and hate crimes".

What was missing was any articulation of precisely what either would do to improve engagement with faith communities. Vague promises to do better felt disappointing after speeches of such urgency and eloquence at the beginning of the night. I sensed, too, a lack of curiosity about where Labour's embarrassment about God came from in the first place. It is hard to anticipate much progress unless the party is honest about why Campbell’s dictum existed at all.

Madeleine Davies is the deputy news editor of the Church Times