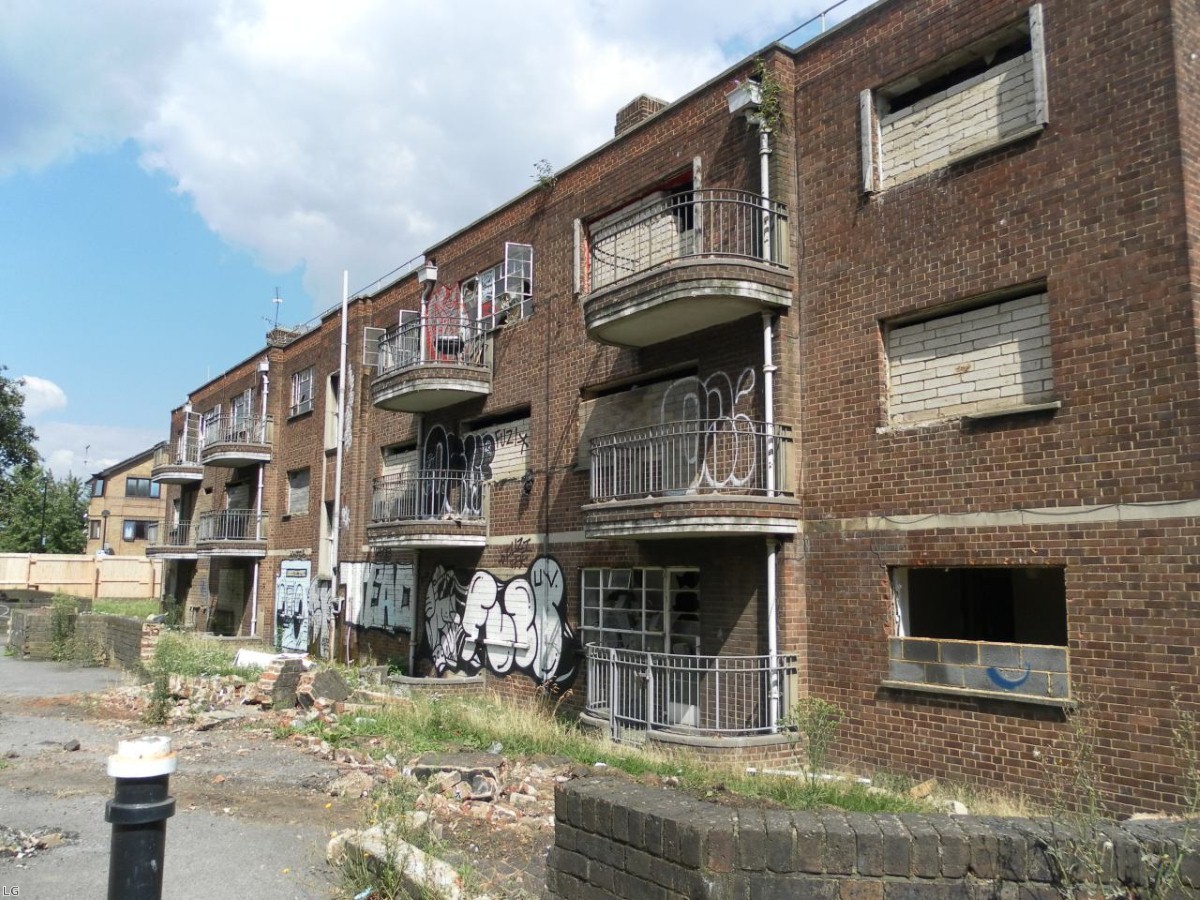 Destroying Britain’s council estates will not solve the housing crisis

Once a focal point for the local community, the British Queen pub on the Elmington Estate in Camberwell has recently been sold to developers. Whether the new owners have plans to reopen the pub is unclear. Even if they do, there's a strong chance it will return as the type of place that sells craft ale and artisan sausage rolls to the many hipsters and young professionals who have flocked to the area in recent years.

My mum grew up in a council flat on the Elmington Estate, a stone's throw from the British Queen. I have fond childhood memories of visiting my granddad there, where he lived until the early nineties. He was offered the opportunity to purchase it when Thatcher introduced Right to Buy, but he didn't see the point. He enjoyed life on the estate and the sense of community that existed there, but he didn't feel the need to buy the place – it was his home, regardless of whether he owned it or not. His secure tenancy from the council was all the security he required.

If he were alive today, he would be surprised to learn that his old council flat would now fetch £250,000. He would be saddened that the pub he spent hundreds of happy hours in had closed down and been sold to a buyer who is likely to convert it into a gastro bar or a block of luxury apartments. And he would be appalled at how the current government is dismantling council housing, at least as we know it, with the Housing and Planning Act.

Between 1946 -1981, five million council homes were built in Britain. At the end of the 1970s, 42% of the population lived in council housing. Today, that figure has fallen to less than eight per cent. When the Right to Buy scheme was introduced in 1980, it granted council tenants the legal right to purchase their home at a 33% to 50% discount of the market value. By 1996, 30% of tenants had exercised this right and 2.2 million homes had been transferred into private ownership.

Two decades later, 40% of ex-council homes sold via Right to Buy are now rented out more expensively by private landlords. And successive governments have prevented councils from spending the money accrued from Right to Buy on replacing the housing stock that was sold off. This is the main reason we have a social housing crisis in Britain.

Housing associations are also culpable: between 2000-2014 they received in excess of £62 billion in funding, yet built only 26,000 homes per year on average, just half the number required to meet demand. In 2015, England's largest housing associations recorded a £3 billion surplus. The same year, the estimated number of people on the social housing waiting register in England reached 1.7 million.

The Government's solution for fixing the housing crisis is the Housing and Planning Act, which they claim will transform "generation rent into generation buy", with the creation of 'Starter Homes' as a new form of affordable housing. The question is who are these homes affordable to? These properties will be available to first time buyers at a 20% discount off market value, yet research by Shelter shows they will still be unaffordable for households on the new National Living Wage in 98% of the country.

And what about the estimated 1.7 million people on the waiting lists for a council house? Or those who currently live on estates which were under threat of demolition even before the Housing and Planning Act was passed? David Cameron has spoken about plans to "blitz" poverty by demolishing the UK's worst "sink estates". He claims that decades of neglect are responsible for an increase in crime and drug use, and led to the 2011 riots. The neglect he refers to is a deliberate choice that has been used to justify estate 'regeneration', a euphemistic term that equates to removing people from their homes so that property developers can build expensive flats.

The demonisation of council estate residents is a convenient excuse to create a false narrative to justify the demolition of inner city estates, where property and land value is at a premium. The people I know who live on estates aren't criminals and drug users. They are families and individuals who value their homes and take pride in where they live. When their communities are under threat from a system that is putting profit before housing, there are grave implications for our society.

Change is inevitable, but social progress isn't if our communities become gentrified and homogenous. You can see the negative effects of gentrification in traditionally working class areas of London such as Hackney, where the demolition of estates to make way for new private housing complexes has led to some local residents on low incomes being relocated by the council to other parts of the country, away from their families and support networks.

In my last film, Sleaford Mods – Invisible Britain, we looked at what communities around the country are doing to resist so-called austerity measures and campaigns against Draconian laws such as Joint Enterprise, as well as the effect of deindustrialisation on places such as Barnsley and Scunthorpe. For my next project, Dispossession: The Great Social Housing Swindle, I'm working with another director, Lee Skelly,  on a documentary which will examine the failures and deception behind the social housing crisis.

In 2015, councils in England accepted 56,600 people as homeless. The same year, it was estimated that there were 635,000 vacant properties. In Dispossession we hope to show that there are better alternatives to fixing the social housing crisis than the damaging estate demolition plans contained within the government's Housing and Planning Act.

Paul Sng is a filmmaker at Velvet Joy Productions. To find out more about the film and contribute to the crowdfunding campaign, click here.