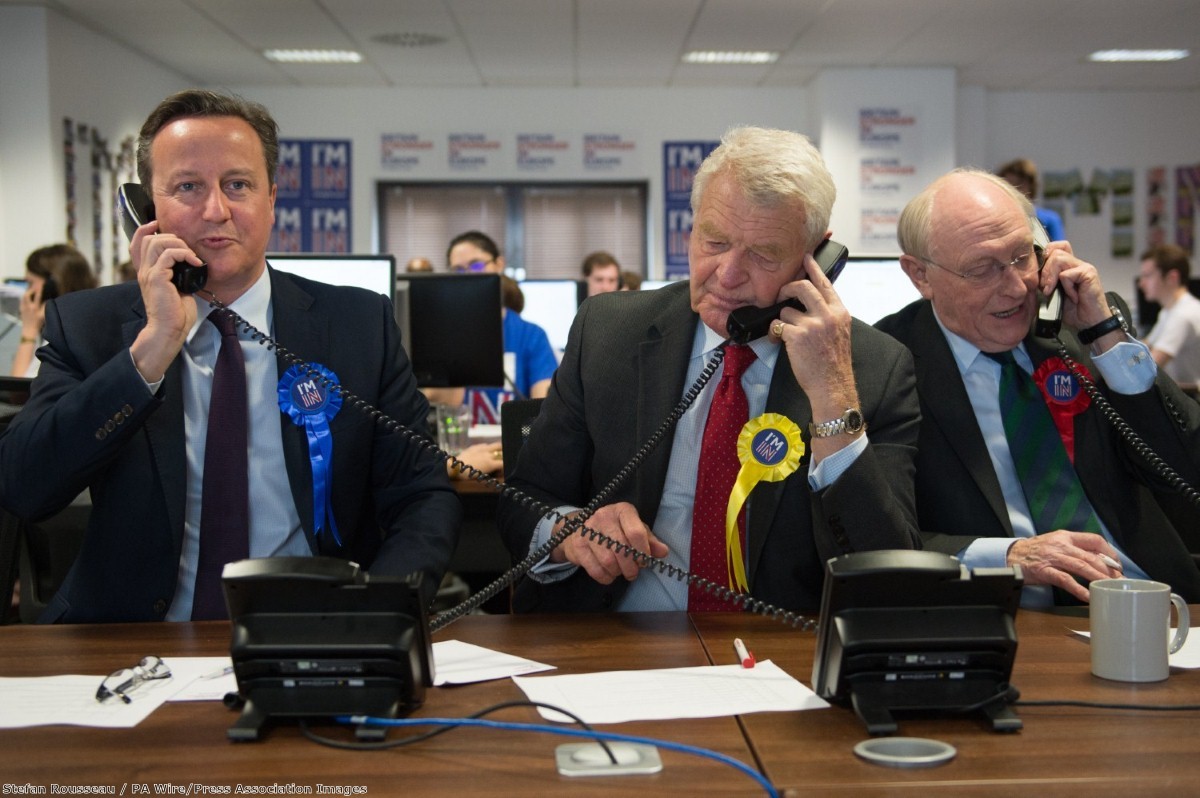 The EU referendum campaigns are failing to engage with women

If I were running the Leave or Remain campaigns and someone told me that there were potentially one million more women's votes than men's at stake, I think I would conclude that engaging women was a priority. Yet both sides appear to have ignored this reality and have instead launched into what can only be described as entirely male-dominated, lacklustre campaigns.

There has been some limited attempt to appeal to women with the 'Women for Britain' campaign and interestingly a recent 'talk to Gran' (watch out for the dodgy stereotype about older woman) initiative on the part of the Remain camp, but for the most part women are treated like B-list players who were only invited to the EU Referendum party once the A-list invitations were sent out.

The government’s recent referendum leaflet has also been the subject of much ridicule for its stereotypical portrayal of ‘men at work’ and ‘woman with shopping basket’. At times this has felt like a re-run of the 1975 European Referendum in more ways than one.

EU leaflet from Labour MEPs, men have jobs & women have babies (but no heads) pic.twitter.com/wgayK1nvDF

Our research suggests that women aren’t impressed. An ICM poll for the Fawcett Society asked what people thought of the campaigns so far.

When asked whether the arguments in the campaigns had helped them to decide which way to vote, 23% of men agreed that they have, compared to 19% of women. More than four-in-ten people agree that the campaigns have not helped much at all.

We found that the Leave campaign is significantly more successful in appealing to men, with 35% agreeing that it has addressed the issues they care about, compared to just 25% for women. Older men in particular were responsive to the Leave campaign while older women, although sympathetic to the arguments, are not yet persuaded.

But the big difference is in the undecideds – 23% of women say they don’t know compared to 10% of men. An additional one-in-four women neither agree nor disagree that the campaigns have addressed issues they are concerned about. That's half the female electorate. The caveat here is that women are always more likely to say 'don’t know' compared to men, but this gap is particularly large.

So what do the campaigns need to do to turn this around? The simple answer is learn from the independence referendum campaign in Scotland. There we had a very engaged electorate with a well-informed debate driven by effective campaigns which successfully mobilised the electorate to turn out – at over 80%. Women became more engaged as the campaign went on, swinging away from 'don’t know' towards voting for independence and then pulling back in the last few days.  So it can be done.

In the EU Referendum, both women and men are saying they need more information but women in particular are expressing frustration with the quality of the debate so far and the lack of information to help them make a decision. They want to see a positive vision of what it would mean if the UK voted to leave or remain – at the moment, both sides are just painting a negative picture of the other. It's not very inspiring but, more worryingly for both campaigns, it just isn't working for women.

Sam Smethers is the chief executive of the Fawcett Society